How to have more productive conversations about racism: Stop focusing on individual intent

Racism doesn't require that somebody consciously decide to do something racist. Focus on outcomes instead 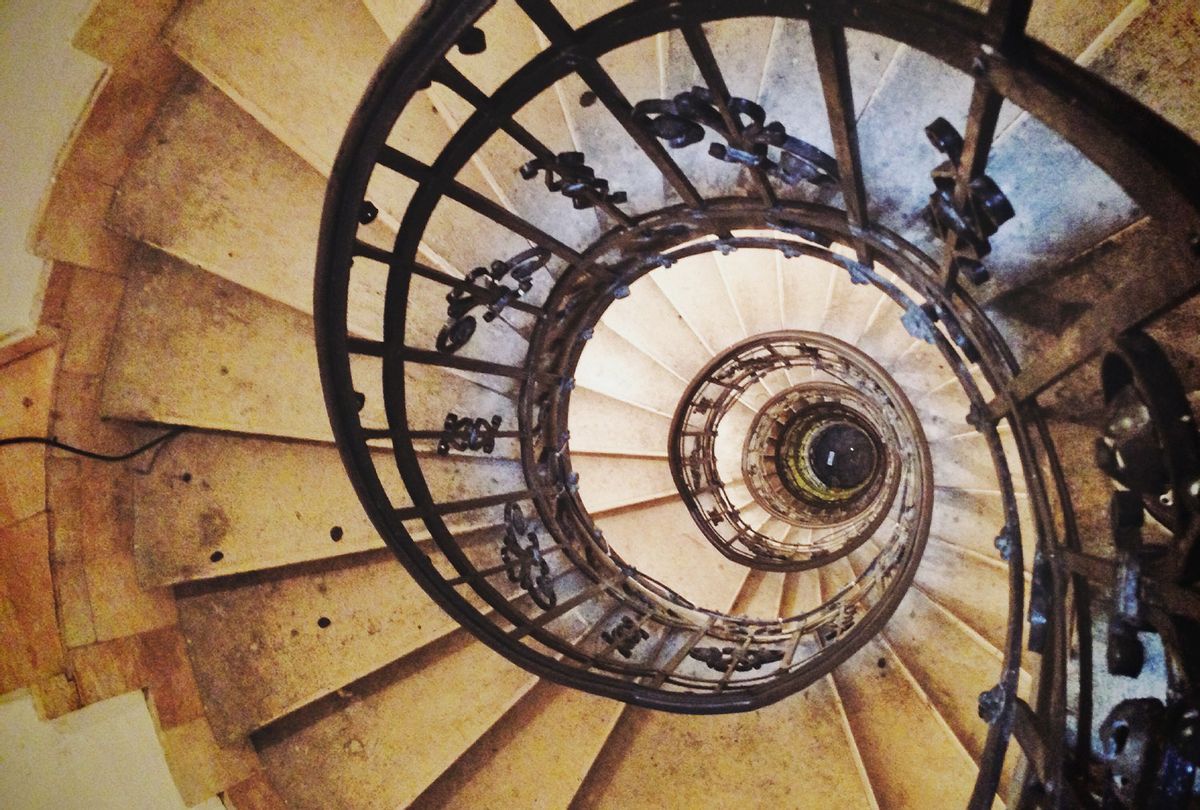 Excerpt from "Speaking of Race: How to Have Antiracist Conversations That Bring Us Together" © Patricia Roberts-Miller, 2021. Reprinted by permission of the publisher, The Experiment. Available everywhere books are sold.

Racism can be built into systems even without there being any individuals who have the conscious intent to be racist. Think about this in terms of how some people are physically excluded from some older buildings because the buildings are anti-accessible. I teach in a building that was designed to have heavy doors that are hard to open, stairs all over the place (often just for aesthetics), a ramp that is much too steep, one small elevator that doesn't go to one of the floors (where some instructors have office hours). The building was designed such that anyone who used a wheelchair, scooter, or even crutches or a cane was physically excluded. That exclusion was probably not conscious on the part of the architects or builders, but it was a manifestation of the beliefs at the time about what sorts of bodies were imagined to be part of the university community. There was no good reason to exclude people in wheelchairs and so on—they were perfectly capable of contributing to the university as much as anyone, except for the ways the university structures and institutional practices excluded them from doing so. That kind of cruel and unnecessary exclusion was the consequence of a sort of bigotry that is so widespread that participating in it doesn't require conscious thought—it can rely on thoughtlessness.

We are in a new era, and my university has done a lot of work to renovate the building, but there are still those stairs, that small elevator and unsafe ramps. That exclusion, and the physical barriers to success, hurt more than just feelings. Students, staff, faculty, and visitors to the building face physical obstructions to their being able to get to class, work, meetings, office hours, and events on time, and sometimes even at all. It's harder for them to succeed. The exclusion of the building hurts everyone (albeit to different degrees) because it means that staff and faculty can't do their jobs as well, students can't contribute as much to class. We lose the voices of people who are physically prevented from being part of our community.

So, what should we do?

Is the solution to this problem of exclusion for people to be consumed with shame and guilt? Not really. The people who designed the building are probably long dead; the people who use the building now feeling shame wouldn't make the building any more accessible. It's useful for people not inconvenienced by the building's failings to recognize the advantage they have as the primary act for working on practices and policies that would solve that problem of exclusion. The goal is inclusion, and shame is, at best, a way to motivate people to prioritize inclusion. Whether the exclusion was intentional or not doesn't change the reality that the building is exclusive; it was designed to exclude people, even if unconsciously or thoughtlessly.

We live and work within figurative structures that were designed to be racist, perhaps consciously, perhaps unconsciously—the intentions of the designers don't change the reality that the design is racist. The end goal of activism about accessibility is not to make those without disabilities feel shame and guilt; it's to motivate people to make the university more accessible. Indifference is as much a problem as hatred.

The notion that racism is always and only the consequence of people who plan to be racist doesn't make sense. As Ijeoma Oluo says,

racism is not the work of a bunch of random white people waking up each morning and saying to themselves, "Today I will do what I can to oppress a person of color." . . . We cannot look at a society where racial inequity is so universal and longstanding and say, "This is all the doing of a few individuals with hate in their hearts." It just doesn't make sense.

Because "am I racist?" is what cognitive psychologists call a "hot cognition" question—that is, it triggers a strong emotional reaction—this essay will make points about racism through analogies that aren't about racism. Bear with me on that. By using a low-stakes example to make a point about how people think, and then showing how that particular way people think plays out when it comes to racism, I'm not equating the low-stakes situation and racism. It's a strategy I've found helpful in teaching (not just me—I stole it from Aristotle). It's hard to look at something a new way if hot cognition has been triggered, so it makes sense to try to talk about the principles in regard to low-stakes topics, and then move over to the high-stakes one.

For instance, Missy and Chester both said something that some people thought was racist, and the question quickly became focused on whether they were racist. Let's step away from that high-stakes example. Imagine that we're roommates, and I let dishes sit in the sink for days. You can make it an issue of who I am ("You're a selfish pig for leaving dishes in the sink") or what I'm doing ("Hey, I really need you to get to the dishes the same day"). If you make our disagreement about that first issue, what would it mean to "win" the argument? You'd succeed in persuading me that I'm an awful human being, and your "success" might actually reduce the chances of my doing the dishes more often. After all, if your goal in the disagreement is to persuade me to do the dishes, persuading me that my basic identity is that of a jerk gives me no place for improvement—it's hopeless. I'm basically a terrible person.

If we keep the disagreement not on the issue of my worthiness as a human being but rather on the dishes, then we've got a lot of possible options for solving the problem—I could pay for a maid, pay you to do the dishes, do all the cooking, clean out the litter box, set an alarm to remind myself. If the problem is that I'm a horrible person, then it's a hopeless problem; if the problem is something I'm doing, I can be hopeful about finding a solution. Keeping the issue on actions and not identity is more likely to enable us to solve the problem.

If you persuade me that I'm a racist and I think being a racist means that I'm a monster, then I'm just left in a world of self-loathing and I'm not any less racist—or any less likely to do racist things. If you persuade me that I've said or done something racist, then I can stop saying or doing that thing: not because this conversation should be framed in terms of actions rather than identities out of concern for being nice to racists—or even being particularly careful about the feelings of people doing racist things—but because it's a more productive conversation to have overall.

In an advice column about workplaces that I often read, there was a long and fascinating comment thread in which people were sharing stories about times that very nice coworkers were using terms, avatars, or emojis that had sexual, scatological, or racist meanings of which they were unaware. One generally sweet person, for instance, was using as an avatar an image that she liked because it was an animal she really liked, but she didn't know that it had been co-opted by the nastiest kind of white supremacist. There was no doubt that she didn't know that, so the puzzle was how to tell her without sending her into a shame spiral. She never meant to appear to be endorsing an extremely racist group. But people who didn't know her, especially customers, would assume that she (and therefore her company) was endorsing white supremacist groups and ideology. She didn't intend to convey a racist message, but she did.

We can be racist without intending to. When it comes to having said or done something racist, that it was unintentional is not a "get out of racism free" card.

Imagine that I hit your car, and you wanted me to pay for the damage I did. Would you decide that I hadn't actually hit your car if I didn't intend to? You might be less mad at me, it might change your opinion on whether I'm a bad person, but it wouldn't change anything about the damage to your car. Similarly, whether I intended to do something racist is relevant to the question of whether I'm a bad person, but it doesn't change whether I did something damaging.

If I hit your car, it wouldn't help solve the problem of your damaged car for you to leap out and yell at me that I'm a bad driver—even if that's true—because raising the issue of my being a good driver means that it would appear relevant for me to show you my excellent results on the driving test, my good insurance score, affidavits from people who say they saw me drive well once. Just as it's more productive to begin the conversation about your car with, "Hey, I think you hit my car" instead of "You're a bad driver because you just hit my car," it's more productive to start the conversation about racism with, "Hey, I think that was a racist thing to say" rather than, "You're a racist because you said that thing." It's also useful to try to hear "that was a racist thing" rather than "I'm racist."

Patricia Roberts-Miller, PhD, is professor emeritus of rhetoric and writing, and the former director of the University Writing Center at University of Texas at Austin. She has been teaching the subject of demagoguery since 2002, and is the author of "Demagoguery and Democracy," "Speaking of Race," "Voices in the Wilderness," "Deliberate Conflict," "Fanatical Schemes" and "Rhetoric and Demagoguery." She lives in Texas.