Higher prices and slower deliveries: How Louis DeJoy plans to sabotage the Postal Service once more

DeJoy's plan would add insult to injury, as the Postal Service is already in a major state of disrepair 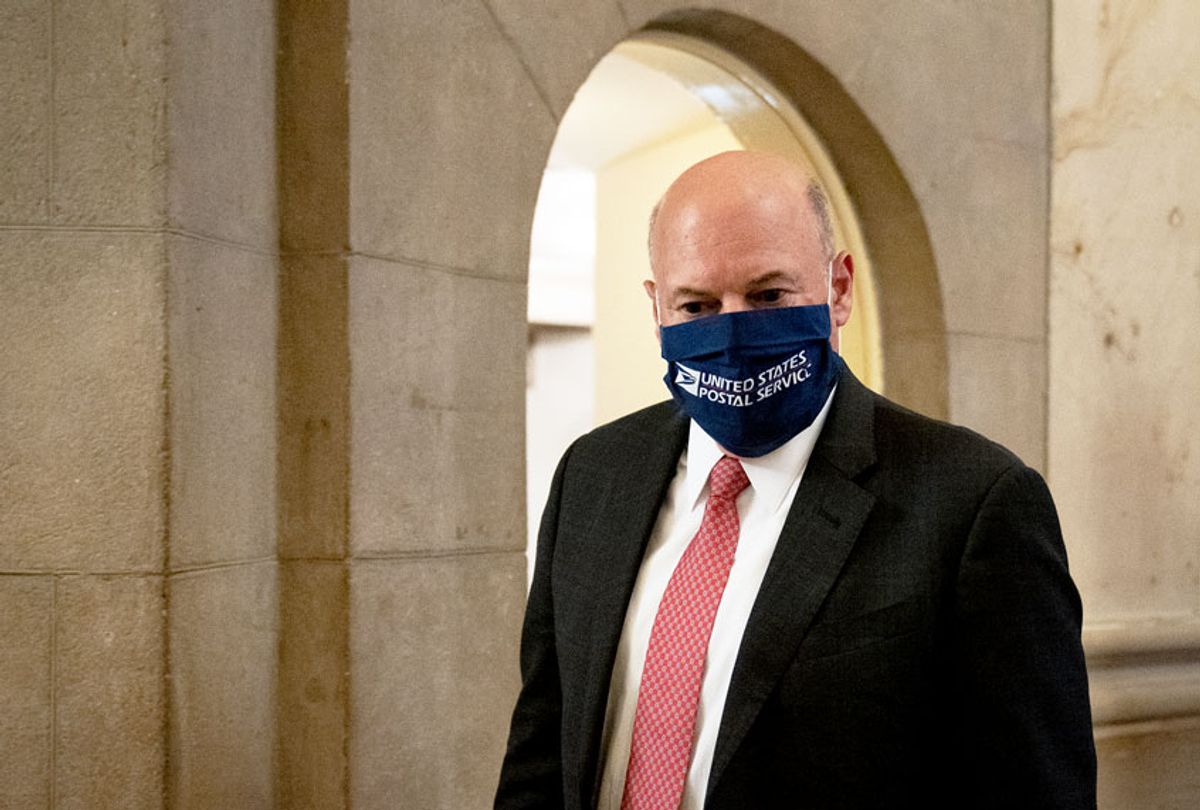 In the wake of a months-long string of operational failures and dramatic rollbacks endured by the U.S. Postal Service, Trump-appointed Postmaster General Louis DeJoy is reportedly planning to undercut the Postal Service once more. Although DeJoy's plan has yet to be unveiled, according to the Washington Post, it is expected to yield significantly higher postage rates and slower mail, a devastating blow for consumers and businesses already in financial straits amid the coronavirus pandemic.

Multiple sources told NBC News that DeJoy intends to eliminate first-class mail, pooling all deliveries into a three to five-day delivery window instead. The move would cause a backlog of mail, making the overall cost of delivery skyrocket.

DeJoy's plan, said to "raise revenue" for the Postal Service, would pile on to the many policies he has already instituted that severely undercut the Postal Service's delivery system. These policies –– instituted during the election, when the voters were relying heavily on mail-in-ballots –– included the reduction of mail-sorting machines, cutting overtime for workers, and scaling back the number of mailboxes across the country.

"Over the past eight months," DeJoy said in an email to NBC News, "our executive leadership team has been working on developing a comprehensive 10-year strategy to address the serious but solvable challenges of the Postal Service that commits to six and seven day a week delivery service," adding, "This work is not only needed, it is long overdue."

DeJoy, a longtime Trump donor, has been the subject of widespread outrage by Democratic lawmakers, many of whom have called upon President Joe Biden to oust members of the Postal Service's Board of Governors, all of whom Trump appointed.

Last week, Sen. Tammy Duckworth, D-Ill., called on Biden to "restore accountability and credibility" and "send a message to future leaders that silence in the face of a campaign of sabotage will not be tolerated" by firing every single Postal governor. This would likely result in a new Postmaster General, a position voted on by the governors themselves.

Rep. Gerry Connolly, D-Va., tweeted on Friday that the Postmaster General "has been on a mission to send the USPS into a death spiral," condemning the Board of Governors as "a cabal of cowards, complicit in DeJoy's attacks, derelict in their duties, and unwilling to hold the postmaster accountable."

The House Oversight Committee is set to hold a hearing with DeJoy, as well as several Postal Service officials to "examine legislative proposals to place the Postal Service on a more sustainable financial footing going forward."

Biden's handling of the controversy will prove consequential for the Postal Service, which has historically netted annual losses for over a decade. Just last year, it announced a $9.2 billion loss, with less than a third of all three- to five-day mail delivered on time. Much of the Postal Service's financial woes stem from a Republican-pushed requirement that it fund employee pensions into the future, to an extent required by no other government agency.

The White House said Monday that President Biden intends to fill the Board with newly-appointed governors who will "reflect his commitment to the workers of the U.S. Postal Service [and] who deliver on the post office's vital universal service obligation."