My mom has always foraged. A year into the pandemic, I understand why

"From my mom’s perspective, there’s no shame in survival — and thus, absolutely no shame in foraging" 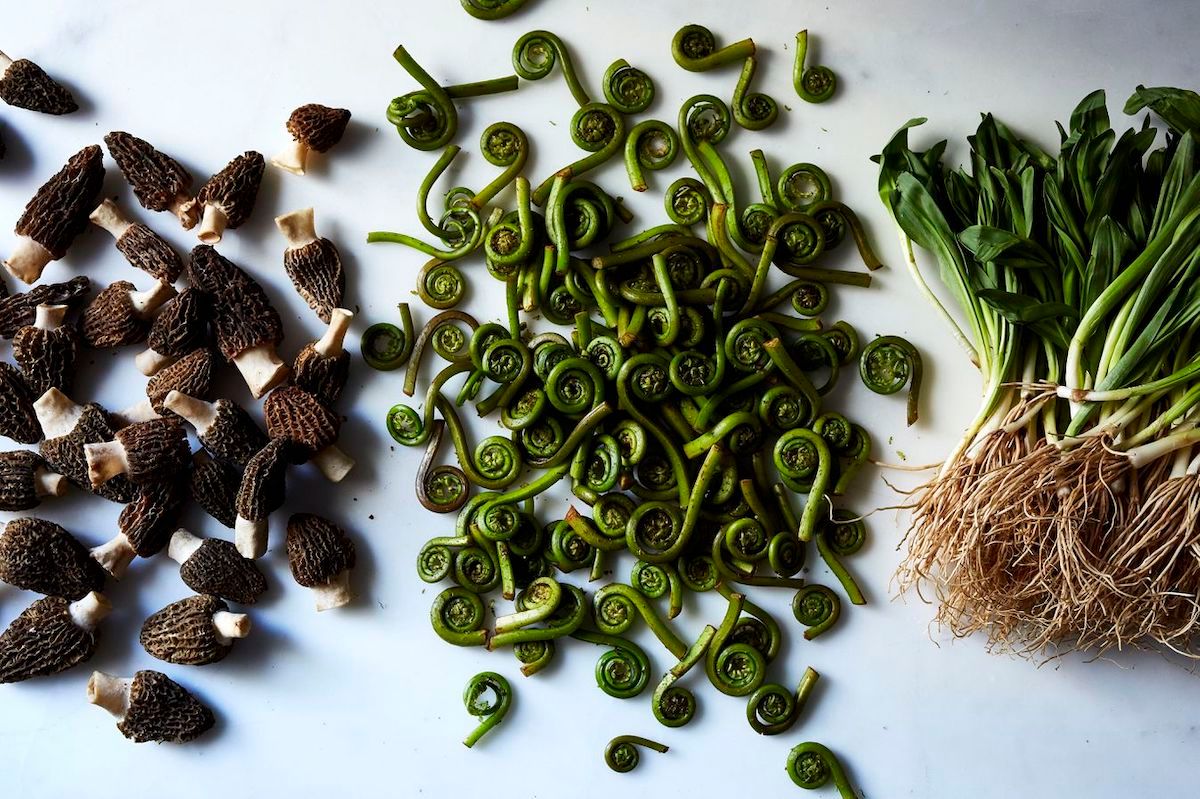 "Did you eat your ginkgo nuts today?" My mom's anxious, familiar refrain turned in my head even after we spoke. The next morning, I investigated my crowded freezer, where she stashes said ginkgo nuts. The bag was still full.

The first thing my omma does upon arriving at my home (we don't live together, but are in a "pod") is open my fridge and freezer. Like a discerning chef, she wants to know which of the ingredients and home-cooked dishes she brought over last time I actually ate, and which I didn't. Today, she's disappointed. She puts the bag back in the freezer and peers up at me accusingly. "You didn't eat any ginkgos," she says, her voice heavy with the kind of disappointment that non-Korean parents likely reserve for kids who've hosted a kegger while they were out of town. "Ginkgo nuts make your blood circulate and memory sharp," she reminds me.

I shrug and admit that I missed out on my chance for better circulation and memory enhancement the day before (and the day before that), now feeling somewhat guilty. My mom forages for ginkgos in a glade near her Southern California house, handpicking each fruit. With an impromptu forager's pouch slung cross-body, she sniffs out her old haunts every week — she's visited these ginkgo trees for almost a decade. She brings home her stock, cracks each pungent golden fruit to reveal the magical, memory-improving nut within, and rinses, shells, roasts, and freezes each one. Then, nuts packed in a little cooler, she brings them to me.

Omma has carefully taught me recipes for employing ginkgo nuts: in her jook, the rice porridge is lovely studded with nutty roasted ginkgo; her samgyetang is a soup of poached whole Cornish hen stuffed with rice, ginseng, and, of course, ginkgo nuts. Despite loving the taste of the nuts, I've formed a strange oppositional relationship with them — and with my mom. The more she pushes the ginkgos and their recipes on me, the more I push them — and her — away.

As the pandemic became more frightening, my mom only increased the extent of her foraging, gathering edibles like a frenetic squirrel preparing for winter. She's also gardening even more, because winter in SoCal is the time to harvest spinach, lettuce, and peas, among many others. Part of it is about staying busy ("busy" is her favorite word, after "free"). But also, exhausted with the worry of operating her restaurant, she closed it a couple years ago, so she's without an income at a troubling time; I was laid off during the pandemic, and can't help her financially as I'd like to. Foraging is now both a health strategy and a survival tactic for her.

Though I've written articles about foragers, was a member of the New York Mycological Society, and have taken many formal foraging tours, when I see my mom picking up something from the ground and tucking it into her bag, I find myself embarrassed. It's odd to me — I'm so proud of my mom as a cook, and yet something about seeing her forage for acorns in our wealthy suburb of Los Angeles makes me feel apprehensive.

I'd characterize my hesitance as an effort to preserve "middle-class respectability." Though we rent, my husband and I hustled hard to build this life for ourselves and our son — the ethos of which is built around organic kale from Whole Foods, not foraged dandelion greens. When we play in the park with my son, my mom pauses to pick up a few plantain leaves or some sage. Unconsciously, I find myself walking away from her, hoping my Madewell purse, Warby Parker glasses, and minimalist gold jewelry telegraph my status, mymiddle-class respectability, to the other women around.

Omma doesn't care about respectability, though, only survival. I think a lot of other people can relate, especially right now. Struggling to put food — any food — on the table, every day, is the reality for so many sufferers of this pandemic-induced recession, who are using techniques like triple-couponing, bartering, and foraging to supplement government stimulus and unemployment checks.

From my mom's perspective, there's no shame in survival — and thus, absolutely no shame in foraging. I've been trying to get to the bottom of my discomfort: Why does it bother me when I see her forage for something that I would drop in my cart if I saw it neatly packaged at the grocery store, emblazoned with "local" and "organic" labels? Why do I accept foraging with her when we're in Korea, or when no one is watching, but find repulsion in it in an affluent American neighborhood?

My only answer thus far goes deep, psychologically speaking, venturing into the emotional entanglement of identity and race that hurts to unpack. It's rooted in layered socioeconomic implications: growing up poor in rural central Illinois, as an Asian-American whose mother foraged long before foraging tours were available to the public or celebrity chefs on TV extolled the virtues of (and charged hundreds of dollars for) a hand-foraged meal. I've subconsciously internalized a neocolonialist view that American items are superior to Korean ones. Even though I write about Korean and Korean-American foodways, some parts of me still think a plate of shrimp and grits with a bottle of wine is superior to a comforting bowl of jook with ginkgo nuts and a makgeolli.

Indeed, shrimp used to be a poor man's food, and food respectability fluctuates with sociocultural perspective; still, my mother's foraging triggers an inferiority complex built up over my lifetime. These insecurities were fed by absorbing decades of pop culture and advertising that privileges rich over poor, white folks over folks of color. By bullying at school over my kimbap for lunch. By a capitalist society that teaches that food is to be bought, not foraged.

Looking through the lens of the pandemic, as we collectively find ourselves approaching a year of life changed, I've found my views on my mother's foraging starting to shift. I'm beginning to truly celebrate locavorism: Now, most of my produce comes from my mom's garden or her foraging. Every week, I find wondrous garden-picked savoy cabbage and foraged purslane in my crisper, fresh from my mom's tote. I've even joined her for some recent expeditions, and discovered some gems of my own.

In this time of crisis, I'm deeply impressed by her resourcefulness, her tenacity, and her will to not just feed her family, but to feed us the best meals, rich with life-extending nutrients. Unimpressed with store-bought dandelion green teas, she foraged her own, drying the root, stem, and flowers into a base for slow-cooker tea. Unwilling to pay top dollar for store-bought kale chips, she foraged plantain leaves and made her own crispy snacks. Unable to buy enough persimmons to dry for the cinnamon-scented punch sujeonggwa, she bartered with my neighbors: tree-trimming services for all the persimmons she could carry home.

My mom has the gumption to do what she does, regardless of the thoughts of others. Her inherited knowledge pays more heed to ancestral traditions than modern trends. Foraging will never be a fad for my mom — in fact, when I once excitedly told her I'd gone foraging to promote locavorism with a bunch of Slow Food USA folks and explained its growing popularity, she had a quick retort: "Girl, I've been doing that since before you were born. I'm the original slow food!"

Winter here is a ripe time for foraging fresh ingredients for dotori-muk-muchim (acorn jelly salad), dandelion salad, and roasted ginkgo nuts. Come April, the yucca will bloom, their white creamy blossoms dotting the mountain slopes, and the wild radish greens will sprout on the mountain flanking our favorite hiking trail. The pandemic will still rage, and I may still be unemployed. And my resourceful, intelligent mother, who implements the knowledge of our ancestors, will be out on the mountain slopes, her shovel and tote bag in her hands. But this time, I'll be with her.