Say hello to planetoid "Farfarout," the most distant object ever observed in our solar system

"I think what this discovery shows is that we are seeing the tip of the iceberg," one astronomer tells Salon 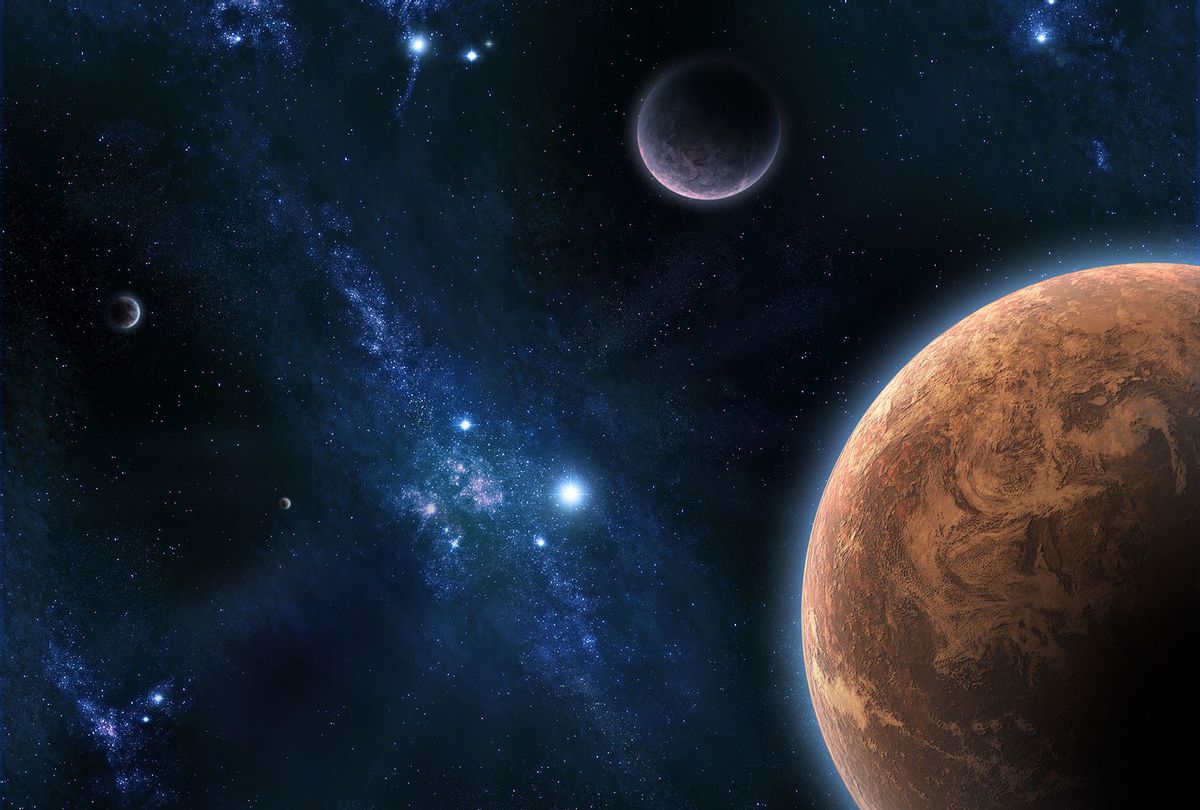 If you heard that there was a minor planet called Farfarout, you'd probably imagine a world with a hippie aesthetic — lava lamps, peace symbols, classic rock, sandy beaches, gnarly waves and perhaps a nice blunt for you to smoke.

Well, to the best of our knowledge, no minor planet contains all of that — but scientists have confirmed the existence of a world that they have indeed nicknamed Farfarout (it has not yet been given an official name) because it is the most distant object ever definitively known to exist in our own solar system.

The minor planet (or planetoid) is officially known as 2018 AG37, and was first discovered by astronomers in 2018, although it was not until this month that they had enough data to be able to identify its orbit. Currently Farfarout is 132 astronomical units (AU) from the Sun, meaning that it is 132 times farther away from the central star than our own planet. It has a highly elliptical orbit because of Neptune's gravitational pull: at its farthest, Farfarout is 175 AU from the Sun, while at its closest it actually sneaks in a little past Neptune, the farthest planet from the Sun since Pluto's demotion, at 27 AU. (By contrast, Pluto is 34 AU from the Sun.)

Needless to say, this means that planetoid Farfarout's journey around the sun is very different from Earth's. Astronomers believe that it probably takes roughly 1,000 years to orbit the Sun. From the perspective of an observer on Farfarout, the sun would look only faintly brighter than the other stars in the sky, though it would brighten slightly during the part of its elliptical journey in which it comes closer to the sun.

Salon spoke with the team of astronomers responsible for introducing Earthlings to Farfarout.

"Neptune is the object that most likely controlled the current object's orbit," David J. Tholen, who works at the Institute for Astronomy of the University of Hawaii, told Salon by email. "An extremely close approach to one of the giant planets can kick an object into the type of highly elliptical orbit Farfarout currently has, and Neptune is the one it gets closest to. Pluto has an imperceptible influence on Farfarout."

Scientists can confirm the orbit of Farfarout because of the remarkable advances that have been recently made in astronomical technology.

"Very large digital cameras on the largest telescopes in the world have made the discovery of Farfarout possible," Scott S. Sheppard of the Earth and Planets Laboratory at Carnegie Institution for Science wrote to Salon. "Up until a few years ago, it was like looking through a straw at the sky as most cameras covered only about a full moon's diameter on the sky. Advances in camera technology have allowed the largest telescopes in the world [to] have car sized cameras placed on them. This large cameras allow us to observe some 10 full moons diameter of area on the sky at once. This allows us to cover much more of the sky when searching for faint distant objects in our solar system."

Tholen echoed that observation, telling Salon that "as technology improves, we're able to see either more distant objects in our own Solar System, or smaller objects, or a combination of the two. Finding something at 132 AU from the Sun is a new record-holder." He said this was especially notable because they found Farfarout "as it was approaching its farthest point from the Sun."

Chad Trujillo, an associate professor at the Department of Astronomy and Planetary Science at Northern Arizona University, wrote to Salon that Farfarout is exciting not just because it is the most distant object detected in our solar system, but because it suggests that astronomers may soon discover many other similar objects at similar distances. "I think what this discovery shows is that we are seeing the tip of the iceberg — there are many more objects as far out at 2018 AG37 but we just haven't discovered them yet," Trujillo said.

Sheppard agreed. "We are for the first time exploring the fringes of our solar system beyond Pluto," Sheppard commented. "We do not know what we might find out there. Planet-sized objects could have gone undetected to date because they would be so faint."