"Texans would be without electricity for longer . . . to keep the federal government out of their business" 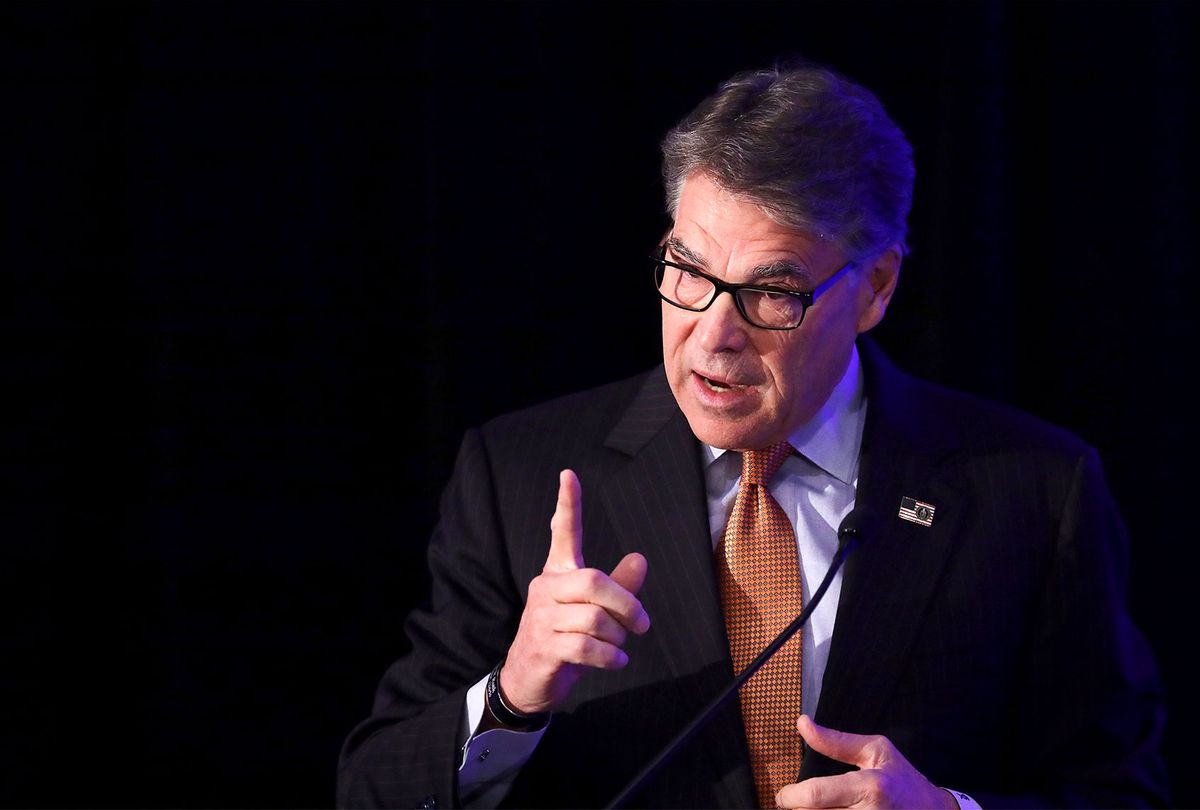 With Texas being slammed by a combination of severe winter weather and power blackouts, Gov. Greg Abbott and Fox News' Tucker Carlson are blaming green energy for the blackouts — while Democrats have stressed that most of Texas' energy isn't green and blamed the deregulation of the state's energy system. Former Texas Gov. Rick Perry is weighing in as well, saying, in essence, that temporarily losing electricity is worth it if keeps the federal government away from Texas' energy needs.

"Those watching on the left may see the situation in Texas as an opportunity to expand their top-down, radical proposals," Perry said in a post on House Minority Leader Kevin McCarthy's site. "Texans would be without electricity for longer than three days to keep the federal government out of their business. Try not to let whatever the crisis of the day is take your eye off of having a resilient grid that keeps America safe personally, economically, and strategically."

The Houston Chronicle previously reported on the comments.

In Texas, the energy grid is operated by the Electric Reliability Council of Texas. Republican politicians in Texas, including Perry and Abbott, have bragged out the deregulation of Texas' energy market — insisting that it is a good thing that power companies themselves rather than government regulators can determine the ways in which power plants are built and maintained in the Lone Star State. But according to Houston Chronicle reporter James Osborne, "That system has fallen under scrutiny in recent days as millions of Texans are left without power following an unusual cold snap. Following a near identical episode a decade ago, federal regulators warned Texas it needed to take steps to better insulate its power plants."

Like Abbott and Carlson, Perry is blaming green energy for Texas' energy woes — never mind the fact that only a small part of Texas' energy comes from wind turbines.

"If wind and solar is where we're headed, the last 48 hours ought to give everybody a real pause and go wait a minute. We need to have a baseload," he said. "And the only way you can get a baseload in this country is (with) natural gas, coal and nuclear."

But Osborne explains: "That argument has been made by numerous conservatives in the midst of the blackouts. But it does not line up with early reports indicating the majority of the lost generation was natural gas plants, not wind turbines, which actually performed better than grid regulators had anticipated, said Michael Webber, an energy professor at the University of Texas."