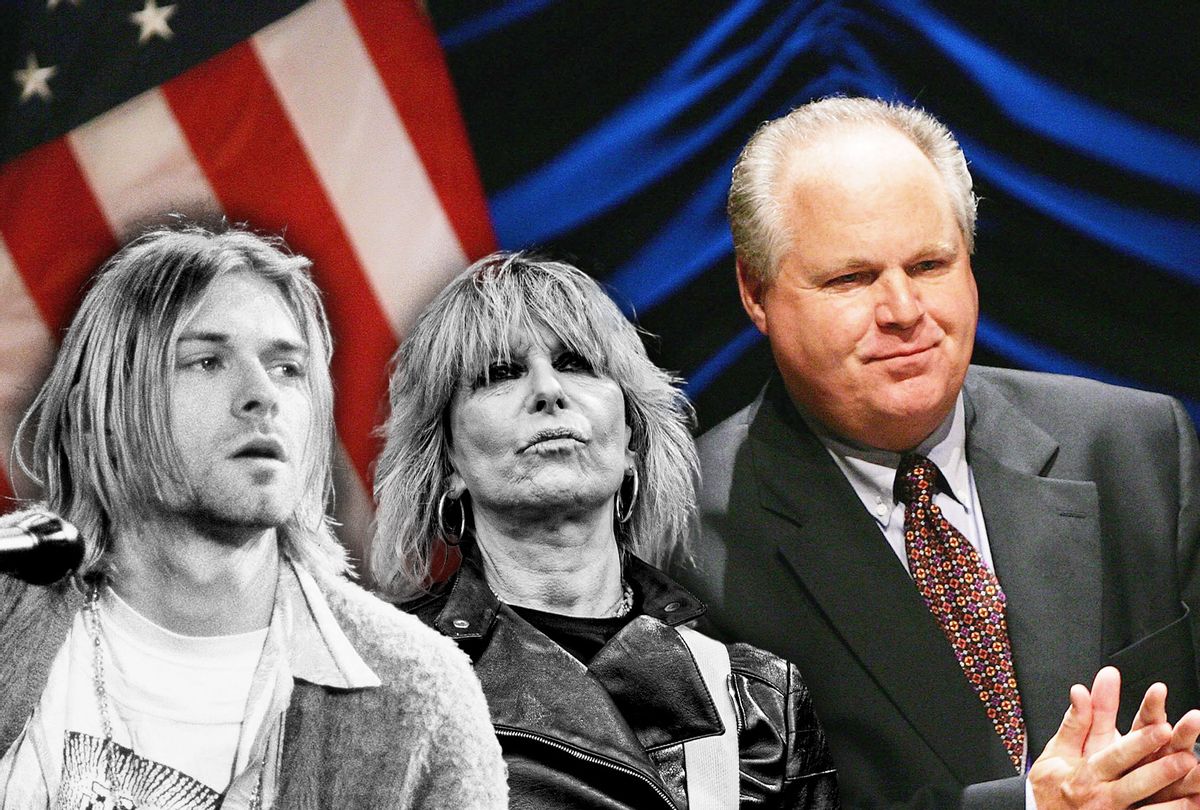 To explain the rise of Rush Limbaugh, who died on Wednesday at age 70, in the early 90s, it helps to understand that, in large parts of America at least, he read as a not your grandfather's buttoned-up Republicanism. He wasn't cool, exactly, but he appealed to middle-aged Boomers who were still coasting on their image as the generation of Woodstock and "Animal House." His bumper music was a song by the Pretenders, a bona fide punk band. He often did comedy skits and spoke in the mellifluous tones of an FM radio DJ. He used rock music and humor to package vicious racism, homophobia and misogyny as a rollicking good time.

It was total bullshit, but it was effective bullshit.

My dad liked Rush Limbaugh. My dad also liked Led Zeppelin, knew how to play the guitar, and read Tom Robbins novels. Like many Gen Xers in the early 90s, I had my own tastes and views, but still thought of the Boomers as the rock-and-roll generation. Even conservative Boomers, I thought, were more "libertarian" and nothing like those Bible-waving record-burners from the 1950s we had heard so much about.

So I'll never forget the day that I heard Limbaugh call Kurt Cobain "a worthless shred of human debris" after the lead singer and guitarist for Nirvana died by suicide. I was 16 years old and, like a large chunk of people my age, Nirvana was one of my favorite bands. I had already cried my eyes out, in that way only a teenager can, over Cobain's death, but hearing Limbaugh say these vile words while my dad listened brought the grief and rage crashing back over me. And It caused an ugly fight between me and my father.

I couldn't understand how the man who brought me up to love music so much — who raised me on Santana, Fleetwood Mac and Elton John, and who bought me my first record player when I was 7 years old — could listen to this man tear down a musical idol as important to my generation as Jimi Hendrix or Janis Joplin was to his. His reply? I got lectured about how I shouldn't look up to rock stars, or take any of this music stuff so seriously.

It's a moment I think back on a lot, even 27 years later. It represented a break in my relationship with my father that never really healed. It was the first step on a path to renouncing the Republicanism I was raised on and to becoming a progressive and feminist, someone whose politics aligned more with, well, Kurt Cobain's. It was also the first time I realized something that would increasingly fascinate me over the next few decades: Authoritarians think nothing of appropriating art made by the very same people they fear, hate, and marginalize.

Nowhere is this more evident than in Limbaugh's use of "My City Was Gone," the 1982 B-side to the Pretenders hit "Back on the Chain Gang." It's easy to see why Limbaugh — or more likely, his producer — chose the song for his morning show's bumper music. The funky opening riff by bassist Tony Butler is iconic. It's also possible, if you squint and look sideways, to read a sort of MAGA-esque message into the lyrics, in which lead singer and songwriter Chrissie Hynde — who grew up in the Midwest in the 50s and 60s, like Limbaugh — laments how the "pretty countryside" of her childhood and the "farms of Ohio" have all "disappeared."

But that would be a wild misinterpretation. Any honest reckoning with the song makes it clear that Hynde is actually decrying the way Ohio's natural beauty has "been replaced by shopping malls," as well as how the "train station" and "downtown" of a walkable small town have been "reduced to parking spaces." In other words, she's criticizing the bland corporate suburbanization of America that Limbaugh and his audience of "dittoheads" have been the primary champions of, and extolling environmentalist values that Limbaugh regularly mocked on his program.

This paradox often crops up with authoritarians like Limbaugh and Donald Trump, who clearly learned a lot from Limbaugh about how to repackage fascistic politics for post-war white Americans raised on R-rated comedies and classic rock radio. Right-wing Republicans think nothing of swiping aesthetics developed by the same people they condemn as deviants and threats to America. Conservatives often love the music made by LGBTQ people, people of color, cosmopolitan progressives, environmentalists and independent-minded women, but the artists themselves? Well, they get called "human debris" or, as Limbaugh said of Jerry Garcia of the Grateful Dead when he died, a "dead doper." (That particular dig was more right-wing-style projection, of course, because Limbaugh himself had a severe drug addiction.)

This habit of authoritarians to appropriate music from people they hate was a regular source of interest for journalists covering Trump rallies, which regularly featured rock and disco blasted at decibels more appropriate for a rock concert than a political event. Many of the songs regularly played at Trump rallies were either explicitly opposed to everything he stands for or were made by the kind of people he and his administration were eager to oppress. His crowds would swoon to music by gay icon Elton John. Trump himself would dance in an idiotic way to "Macho Man" and "YMCA," classic disco tracks about gay life in the 70s by the Village People. He played "Fortunate Son," a Creedence Clearwater Revival song that literally mocks men like Trump, who used family money and connections to avoid the draft in Vietnam. The list of musicians who publicly demanded that Trump stop playing their music was long, and included progressive-minded artists like Neil Young, REM, Adele, Queen, and Rihanna.

It was common for both journalists and liberal commentators to wonder out loud if Trump and his campaign were just too dumb to understand that the music he chose cut against his authoritarian message. And while I'm not one to overlook the "he's just dumb" explanation for Trump's behavior, the relentless drumbeat of cease-and-desist letters make it impossible to imagine he was unaware, any more than Limbaugh was unaware his bumper music was written by a woman he'd probably write off as a "feminazi."

The likelier explanation is that the authoritarian appropriation of rock and disco and hip-hop is just another power play. Artists — like women you can grab "by the pussy" — are just another class of people to be used and discarded.

Limbaugh's legacy will debated in the coming days, mostly between progressives who legitimately hate him and conservatives who are going to pretend he wasn't a monster, even though his monstrosity is what they liked about him. But what should be beyond dispute is he is the godfather of what could be legitimately called the modern American fascist aesthetic. The aesthetic borrows heavily from the creativity of adventurous, urbane, progressive people, but is remade into the expression of angry white men who are fueled by the loathing of the very people they rip off. It's how we get "hipster" authoritarians like Gavin McInnes or Milo Yiannopoulos, who lure their followers into believing they can feel "cool" while co-opting and then crushing everything that is actually cool.

The good news is, as my personal experience shows, not everyone who feels a personal conflict between right-wing politics and love of rock music goes the way of Trump fans mindlessly jamming to "Rockin' in the Free World" while ignoring the lyrical content. The "alt-right" that followed Limbaugh's footsteps in using "dank memes" and pseudo-edgy aesthetics did capture some younger white men for Trump, but 60% of voters under 30 backed Joe Biden. Authoritarians can ape pop culture, but only to a certain point. Eventually, most people start to see through the ruse.