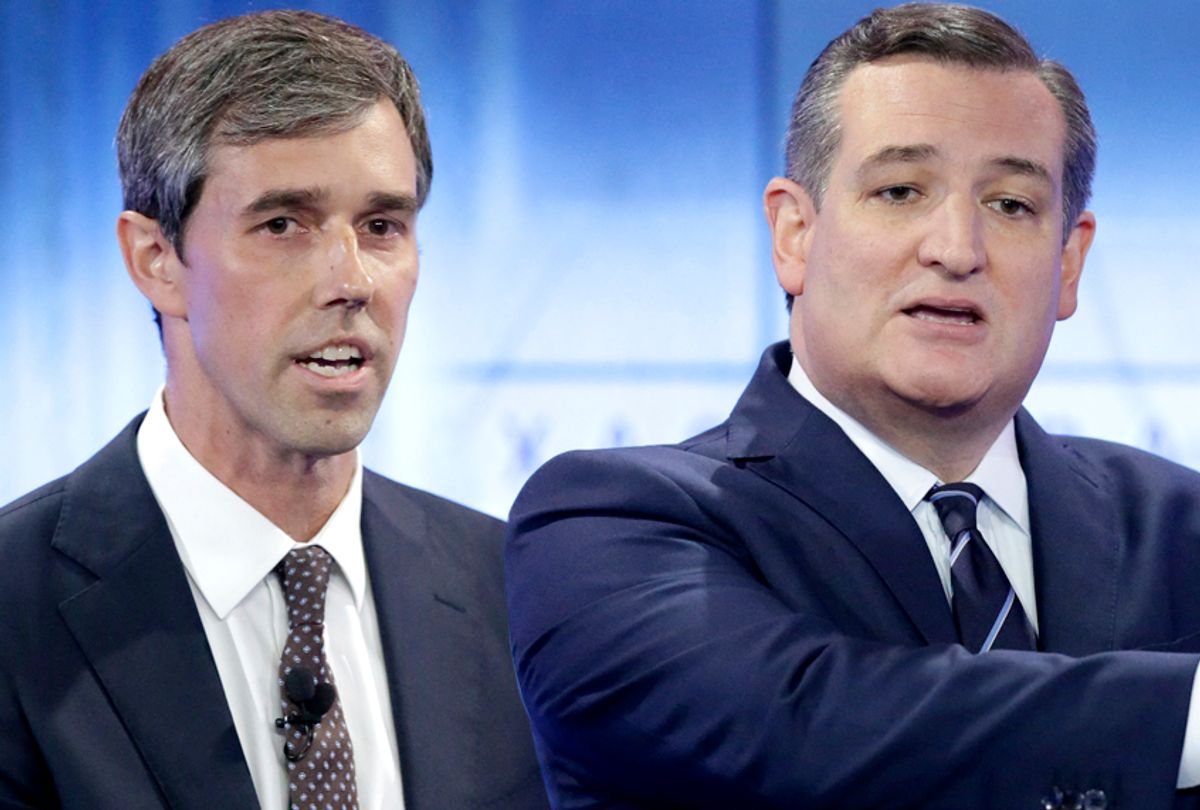 As Sen. Ted Cruz jetted back to Texas from his Cancun getaway after facing calls to resign for abandoning his home state in its time of crisis, his congressional colleagues and former political competitors rallied around Texans abandoned without electricity in historically frigid temperatures.

Rep. Alexandria Ocasio-Cortez, D-NY, and Cruz's former challenger Beto O'Rourke organized aid efforts to help Texas residents weather the storm without heat or electricity. On Wednesday, O'Rourke set up a virtual phone bank to check in on Texas seniors, offering them advice on how to secure food, water, and transportation. "BIG THANKS to the volunteers who made over 784,000 phone calls to senior citizens in Texas today," O'Rourke tweeted on Wednesday. "You helped to connect them with water, food, transportation, and shelter. And you made sure that they knew we were thinking about them and that they matter to us."

On Thursday, O'Rourke lampooned Cruz on MSNBC for "vacationing in Cancun right now when people are literally freezing to death in the state that he was elected to represent and serve."

O'Rourke also tipped his hat to Rep. Alexandria Ocasio-Cortez, who managed to raise more than $1 million in aid for Texas on Thursday over the span of four hours. The funds will be directed to various charities –– including The Bridge Homeless Recovery Center, Ending Community Homeless Coalition (ECHO), Family Eldercare, Houston Food Bank, and Feeding Texas –– to provide food and shelter to the houseless, as well as senior citizens.

Ocasio-Cortez's campaign hit $325,000 after just two hours, approximately the time it takes to fly from Houston to Cancun. The Bronx-born lawmaker also encouraged Texans to continue pushing for Cruz's resignation, something she'd called for back in January after Cruz egged on a violent mob of Trump supporters to storm the Capitol building by challenging the election certification process.

Sen. Cruz has now returned to Texas amid intense scrutiny.

"It was obviously a mistake and in hindsight I wouldn't have done it," Cruz told ABC News, claiming that he had no intention to underplay "the suffering and hardship other Texans had experienced."

Cruz went on to scapegoat his daughter. "With school cancelled for the week," he said, "our girls asked to take a trip with friends. Wanting to be a good dad, I flew down with them last night and am flying back this afternoon," adding, "From the moment I sat on the plane, I began really second-guessing that decision."

President Biden declared a national emergency in Texas last Sunday and directed the Federal Emergency Management Agency to send 60 generators with fuel to critical sites like hospitals and nursing homes along with 729,000 liters of water, more than 10,000 wool blankets, 50,000 cotton blankets and 225,000 meals, according to Homeland Security Advisor Liz Sherwood-Randall.

Nearly 200,000 Texas residents are still without power as of early Friday. The catastrophe has claimed at least twenty-one lives. On Thursday, the Texas government recently issued a boil-snow advisory to 7 million Texans as a result of the weather-induced pipe bursts that may be contaminating their water supply. Food supply disruptions have left many shelves bare.

Princess Tensley, a Houston resident now living with her cousin's family due to the storm, told NBC News, "We only have like two cases of water left. ... So, we're trying to divide it between two families, and it's really hard," Tensley said. "We don't know what the next day is going to look like — and that's the scary part."