Disney Pixar’s Soul: how the moviemakers took Plato’s view of existence and added a modern twist 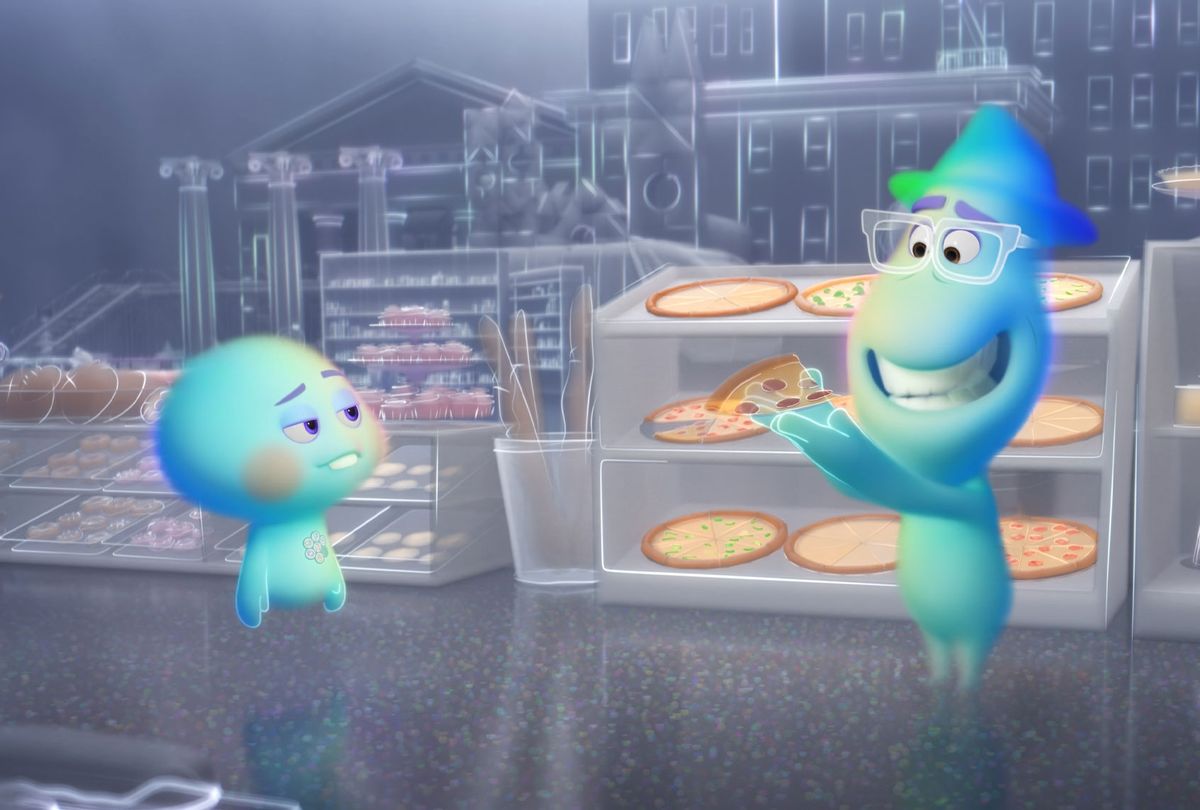 Ideas about the soul have been powerful throughout the history of religion and philosophy. Until the 19th century, most people took the existence of souls for granted. With the rise of modern psychology, this belief lost its plausibility, and today it is largely absent from academic philosophical and even theological writing.

Many now deny the existence of a soul, considering human emotions and motives simply a function of neurons firing. Disney Pixar's new film "Soul" seems to go against the grain of this development.

It presents its viewers with two realms of being. The first is the realm of human activity, where life occurs. The second realm is of the soul – where life has yet to begin, the great before, and where it ends, the great beyond. In their conception of the soul, the producers hark back to some of the most influential ideas of western intellectual history but in an unmistakably 21st-century way.

The film follows Joe Gardner, an aspiring jazz pianist who is stuck in the rut of his daily life as a part-time middle school music teacher. At the beginning of the film, Joe suffers an accident which leaves him hovering between life and death. The viewer observes Joe's soul separate from its body as it journeys to the great beyond.

This starting point accurately mirrors the historical origins of western ideas about the soul. The Greek word for soul – psyche – was originally restricted in its use to the context of dying. Homer describes death as the soul's departure from its body. At the beginning of its history in the west, the soul was evident primarily in its absence from a dead body.

With the rise of Greek philosophy in the 6th century BC, the soul was also seen as the force animating the living body. Meanwhile, the idea of death as the separation of body and soul remained generally accepted.

This created tension. If souls were supposed to enliven a particular body, they had to interact closely with the body and arguably form a unity with it. But then how could the soul survive the body's decay or even exist separately?

A further difficulty arose from the widely shared belief in reincarnation. Could human souls be born again into the bodies of animals or even plants? And if so, how could they then constitute the operational centre, so to speak, of their current host?

Plato and Aristotle parted ways over these questions. For Plato, the soul's connection with the body was only accidental. The hero of Plato's dialogues, Socrates, explained to his friends, hours before his execution, that the philosopher yearns for his death because it marks the liberation of the soul into its true existence.

Plato's student Aristotle, by contrast, denied that there even was a proper afterlife for the soul. Insofar as the soul was simply the life of the body, he urged, the two formed an indissoluble unity, which death brought to an end.

Things took a further turn with the rise of Christianity. Overall, Christians were more sympathetic to the Platonist view than to its alternatives, because they believed in a life after death. But they rejected the idea of an accidental connection between soul and body. The classical Christian view of the soul as found in Thomas Aquinas fused Platonic with Aristotelian ideas: the soul is immortal but tied in eternity to the identity of a body-soul compound. As such, it will be brought back to life at the end of time.

Pixar's Platonist conception of the soul

Against this rough sketch of the western history of the soul, Pixar's position comes closest to the Platonic view. Souls depart from the dying person and travel to the great beyond. Souls also pre-exist their earthly incarnation, and some of them at least don't seem overly keen to embark on this journey into life. Souls are immaterial — another tenet of Platonic philosophy — although in the movie they are understandably not invisible. Finally, reincarnation seems possible, even across species as Joe finds out when, for a while, he enters the body of a cat.

Yet the parallels only go so far.

Joe Gardner is unwilling to accept his departure from earthly life, and much of the movie deals with his attempts to return to his previous existence. For Plato, this would indicate that Joe was a bad person unable to detach himself from material pleasures. In the film, however, it is this desire that makes Joe remarkable.

His companion, a not-yet-born soul introduced only as number 22, learns more from Joe, due to his unbending will to return to Earth, than she did from the souls of Gandhi, Einstein and Jung, who had previously tutored her in preparation for her birth. In the world of 21st-century New York, into which the two enter through an extraordinary series of events, number 22 suddenly develops a lust for life after experiencing the simple pleasures of living — from eating pizza to watching the leaves fall from a tree.

None of this would have made much sense to Plato. Rather, the film relies on distinctly modern ideas about the affirmation of the present life as worth living on its own terms. The ultimate "purpose" of the soul is to be the "spark" that imparts the simple gift of life.

Joe's conclusion from his experience as a disembodied soul is to savour every remaining moment of the earthly life he regains at the end of the film. And even number 22 comes to embrace the value of an embodied existence, despite its risks and limitations.

These are ideas well known from romantic and existentialist philosophers of the 19th and 20th centuries. Friedrich Schleiermacher (1768-1834) sneered at the notion of personal immortality as the ridiculous wish to perpetuate one's own miserable existence. Instead, he posited the idea of "immortality in this moment". The lesson Joe learns, and wants us to learn, from his unusual experience is rather similar, and points to the thoroughly modern cast into which traditional ideas about the soul have been moulded by the makers of this film.