Escaping the "Mussolini moment": Trump's enablers and the banality of evil

Trump's heinous regime was enabled by a large cast of villains. We have to recognize that all of us enabled them 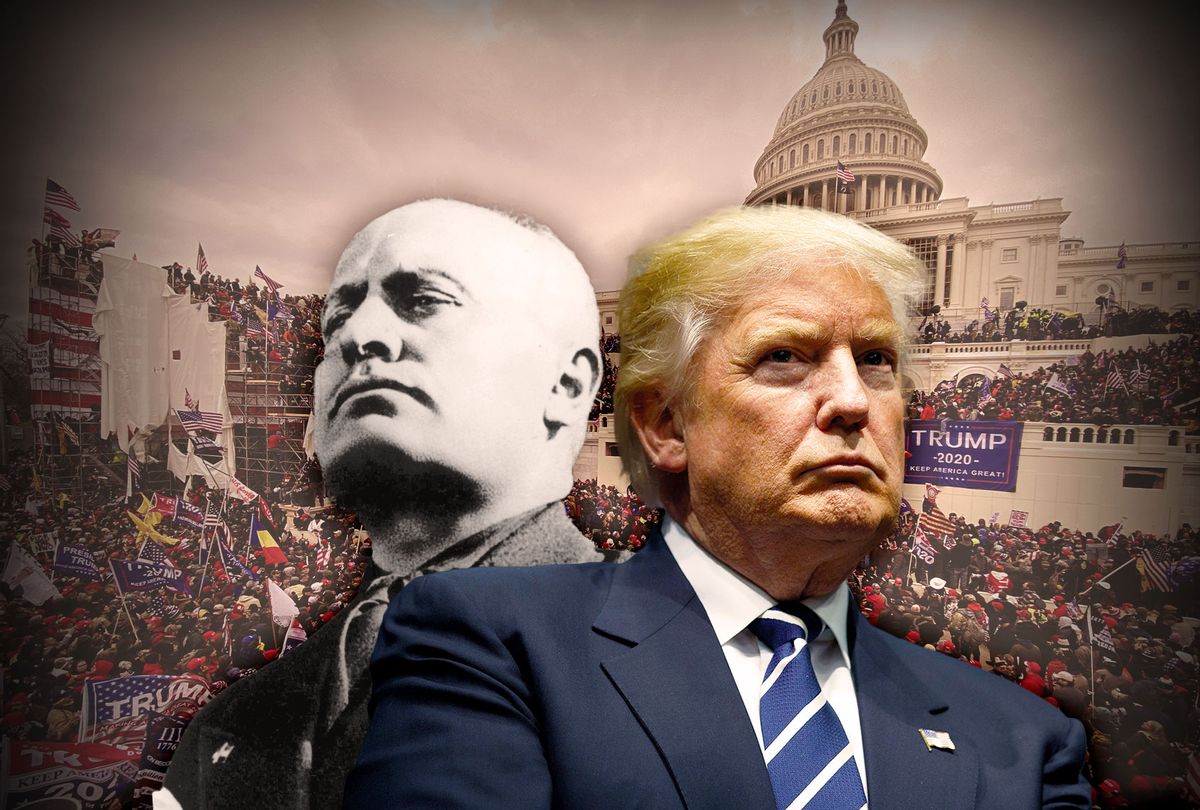 It started with a ride down an escalator in 2015, and escalated rapidly. From the first cries of "rapists" invading our country to dog whistles like "Stand back, stand by," Donald Trump's dangerous delusions of power and control brought this country to the brink of collapse, and everyone who allowed that to happen is an enabler and a collaborator.

From White House cronies and sycophants who shared in Trump's power fantasies and deep contempt for large swaths of Americans, to his equally evil children and Republicans in the Senate led by Mitch McConnell, to America's attorney general, to the doctors at Walter Reed who agreed to lie for the president and to sign non-disclosure agreements, thereby violating their Hippocratic oath, to the ICE bullies who separated infants and children from their parents and incarcerated them in cold, filthy camps, to the former heads of the CDC and FDA who caved after White House pressure, to irresponsible media moguls, they are all responsible for the terrifying threat of autocracy we faced, and the increase in violence that culminated at the U.S. Capitol on Jan. 6.

Adding to why we are on the edge of another Great Depression, and responsible for America's damaged standing in the world, Donald Trump's enablers and collaborators aided and abetted the disasters in our health, education and infrastructure systems, the filth in our water and the comeback of chemicals in our food. They are responsible for the deaths of almost half a million Americans who died needlessly because the super-spreader in chief just didn't give a damn.

Indeed, they are responsible for the Mussolini moment" we witnessed on the balcony of our dictator's palace, and they, like him, bear the guilt of negligent homicide and crimes against humanity.

They also exemplify the "banality of evil" that philosopher Hannah Arendt warned us about when she reported on the trial of Adolf Eichmann, a major architect of the Holocaust. Eichmann was, he insisted to the court in Jerusalem, simply following orders.

So were White House staff, Secret Service officers who vowed to give their life for the president (but not in a hermetically sealed vehicle), employees of government agencies who didn't speak up or quit their jobs in order to save the country, business moguls who didn't end their major donations to a corrupt fraud, and Fox News, which wouldn't stand up to a lunatic when he blamed everyone else for our disasters and incited violence. So too are the voters who inexplicably still stood with their man — in greater numbers the second time around — even though everything he does hurts them the most.

Of course, some brave souls did stand up to the president. And every one of them did it knowing that they would be punished mightily. Think about those who gave testimony before Congress, the lawyers and doctors who wrote letters and petitions, the activists who marched and were willing to suffer the consequences, including injury, arrest and jail time, the Capitol Police who tried to stop a violent coup. They are our national heroes, the ones for whom new monuments should be built.

As for the rest of us, we must remember and own the fact that a great malignancy metastasized within our national body and many of us let it happen. We watched it ravage us and slowly terrorize us. We let it kill people we knew and loved. We looked the other way, always sure that it couldn't get worse.

Now we need to understand that the "silence of one good man" can spell disaster for all good people. Each of us who remained passive as our impending disaster continued might have been the one "good man" who didn't act, didn't speak out, didn't resist, while men like Jeff Sessions, Stephen Miller and Donald Trump insisted that infants be ripped from their mothers' breasts. Men who didn't care that innocent people were dying from gun violence, a plague, hunger and violence, which they fostered. Men who didn't care about pre-existing conditions or elders who rely on Social Security to survive. Men who didn't care that women would be catapulted back to the Dark Ages.

The question is: Why didn't we stop them? Why didn't we act in larger, more effective, timely ways? Why did we let them continue for four devastating years, like the blind, chained inhabitants of Plato's allegorical cave, unable to escape their isolation because, trapped by ignorance and darkness, they couldn't know the truth?

Can we now remove our blinders and see clearly the dawning truth in time to break our silence, reject the banality of evil, refuse to be a leaf blowing in the whirlwind of time?

What awaits us if we do not?