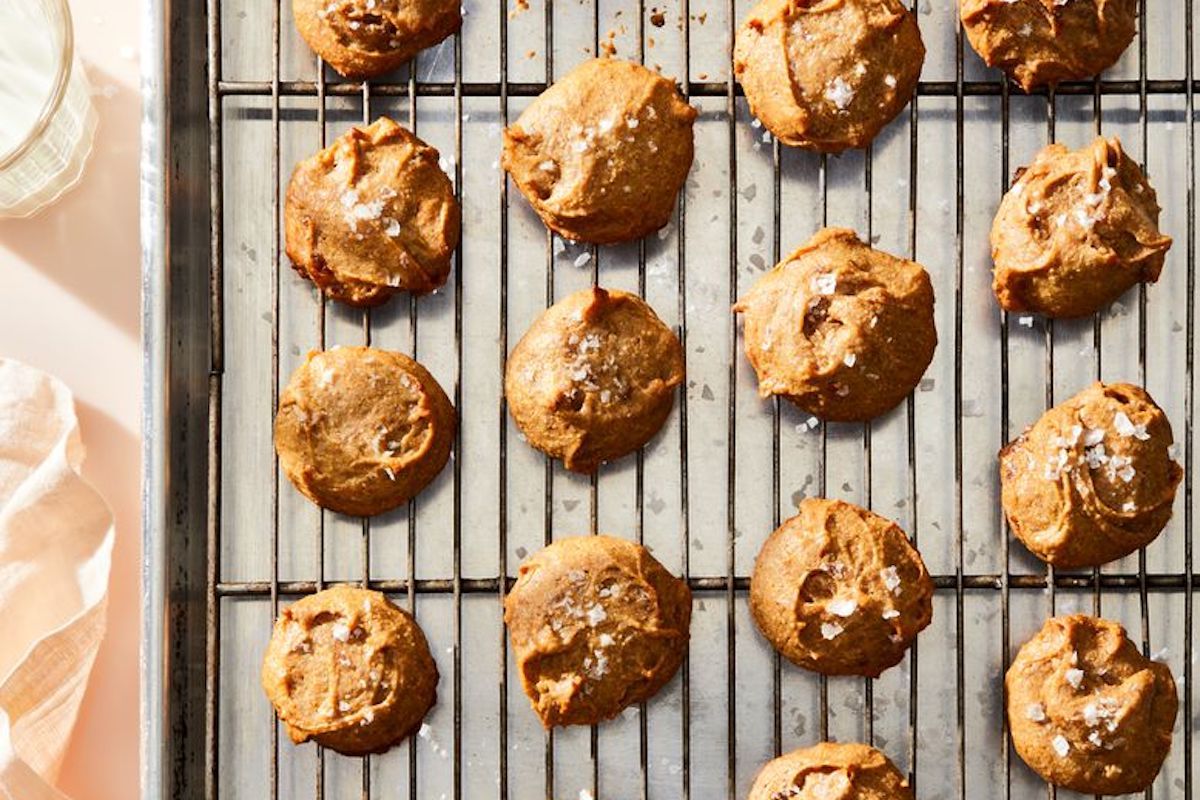 We are told that baking is a science, that there's a right way to measure flour (fluff, spoon, level), that there's a wrong way to measure brown sugar (to pack or not to pack?), that weight is superior to volume, that grams are more precise than ounces. And all of this is true, but none of it matters right now.

For this recipe, you'll need no measuring cups, no measuring spoons, no scale. Not even a good night of sleep. And yet, still, somehow, with three ingredients that might already be in your kitchen, you'll bake up cookies that are pillowy and plush, with a fudgy center and mochi-like chewiness.

Before they became an internet sensation, even more sought-after than many of their baked goods brethren, like chocolate cookies and M&M cookies and protein cookies (this is a thing?), three-ingredient peanut butter cookies popped up in cookbooks. Notably: "The Family Baker" (1999) by Susan G. Purdy, "BakeWise" (2008) by Shirley Corriher, and "Ovenly" (2014) by Erin Patinkin and Agatha Kulaga, whose inspired addition of flaky salt was inaugurated into the Smitten Kitchen Hall of Fame.

To stick to three ingredients, all of these recipes ditch the usual suspects, like flour, butter, baking powder, baking soda, and vanilla extract. Which leaves us with what? Just peanut butter, eggs, and sugar, be it granulated or brown.

Today, we're taking another route, one that keeps the ingredient list little, and makes the technique even lazier.

Peanut butter? Check. Unsweetened, so the distinction between dessert and breakfast becomes blurry enough to fail an eye exam. Eggs? Check. Because, at least in my kitchen, they're never not around.

But — and this is where you ignore Google Maps directing you to stay on the highway, put on your blinker, change lanes, and zoom toward the billboard exit for an amusement park — sugar? Nope. Instead, we're reaching for a jar of jam.

While sugar serves up sweetness, jam delivers a fruity tang and, well, jammy texture. Peach and apricot both slap. But who's to stop you from enlisting apple or fig? Just stick to something that's orange-ish in color and humble in flavor, so the peanut butter can shine bright like a diamond.

I have a theory that if you give this cookie to someone who doesn't know that the just-so-goodness comes from jam, they'd never be able to guess. But I've only tested this on my husband and could use a bigger sample size. You can help with that, right?