If the theory is proven true, it could have implications for potential life on Mars 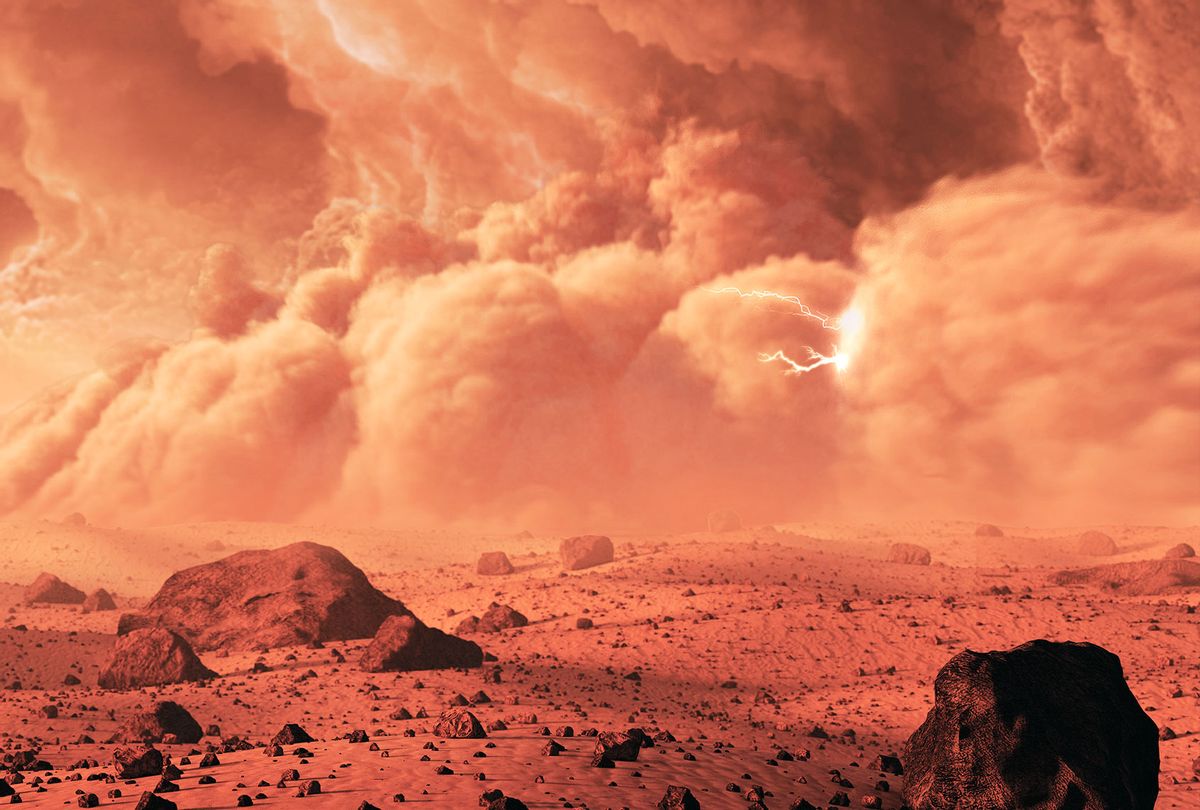 Martian weather patterns have long fascinated sci-fi writers, perhaps most famously when a dangerous Martian dust storm stranded the protagonist of Andy Weir's novel "The Martian" (played by Matt Damon in the 2015 film adaptation) on the red planet. Now, a recent experiment reveals that Mars' weather may be even weirder than we thought: Mars' dust clouds may emit electrical sparks, and perhaps glow in the dark, too.

This is theorized to be a result of the Martian dust particles rubbing together to produce electrical charges, a process known as triboelectrification, according to a recent study published in the scientific journal Icarus. Triboelectrification is also the reason why lightning will sometimes erupt from the ash and gas belched out during a volcanic eruption. And on a smaller scale, it's also why you can feel a small zap on your socks if you shuffle across a carpet or rug.

Given this basic physics principle, scientists had long speculated that Martian dust storms could produce electrical charges — but as University of Oregon geologist Joshua Méndez Harper noted, all previous studies on the subject were flawed because they required the volcanic rock grains to come into contact with objects that would not exist on Mars.

"These works did not account for the possibility of charging arising from the interaction between simulated Martian dust (volcanic ash) and experimental containers enclosing it," Méndez Harper, who co-authored the Icarus paper, explained to Salon by email. "The containers often had wildly different chemistries — plastic, metal, or glass. In other words, the charging and the electrical effects those works report could have been experimental artifacts resulting from the frictional interaction between chemically dissimilar surfaces."

He added, "Our work is novel in that it ensured that frictional electrification occurred only between materials expected to exist on the surface of Mars. We show that even under these conditions we are still able to detect sparks occurring between colliding dust grains in a simulated Martian environment."

This is important because, as Méndez Harper explained, "how materials charge frictionally is ultimately dependent on the chemistry of surfaces in play. For example, if you take rabbit fur and rub it vigorously against a PVC pipe, you will cause the materials charge up to the point that they produce visible sparks in darkness. If you take that same bit of rabbit's fur and rub it against a wooden rod, you are likely to get a very underwhelming result."

Méndez Harper warned against overstating the results of his findings, noting that "whether or not discharges are visible or not, discharges on Mars would likely be much smaller than the thunderstorm lightning we get on Earth" and emphasized that the recent study does not suggest that the electrical discharges would pose any threat to human or robotic missions to the red planet.

That does not mean that there are not important implications, however.

"Small sparks may catalyze the production of chemicals that may have implications for the presence of organic materials," Méndez Harper explained. "A recent paper suggested that perchlorates — compounds toxic to many forms of life — may be generated by small-scale discharges."

Méndez Harper also stressed that his work is still just a theory based on experiments on Earth. Proof of glowing dust storms, he said, will come from observations from Martian rovers. He pointed to the recent landing of a NASA rover near Mars' Jezero crater as providing scientists with an opportunity to confirm his findings, as Jezero crater experiences frequent dust storms in fall and winter.

"That may provide opportunities for rudimentary observations of electrostatic phenomena by the newly-deployed Perseverance rover," he added. "Additionally, the Ingenuity helicopter may produce secondary electrical effects (perhaps discharges) as it stirs up dust during landing and take-off."