How to ensure electric cars aren’t just for rich people

Two roadblocks can keep drivers from switching to EVs: the lack of chargers and the cost of a new car 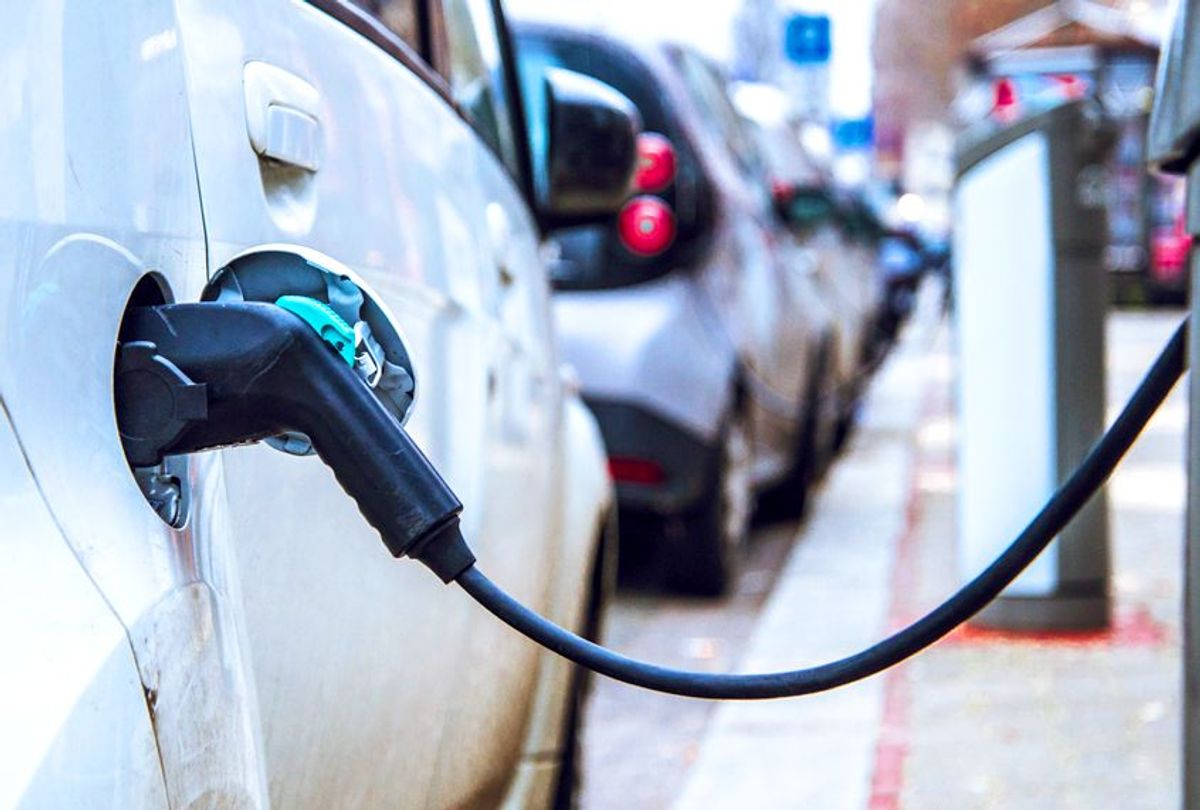 In late January, General Motors announced a pledge to only sell electric vehicles by 2035 and make roughly 30 different models of automobile without a traditional combustion engine. A week later, Ford revealed it was pouring more than $20 billion into its EV program and that it would only offer electric cars in Europe by 2030. By 2025, Jaguar will become an all-electric luxury line of cars. Meanwhile, Tesla, the world's biggest EV maker, is building a massive factory near Austin, Texas, where it will build not just sedans and trucks but also, potentially, the batteries.

As automakers ramp up EV production, U.S. car buyers are increasingly making the switch themselves. With more than a dozen new electric cars and SUVs set to hit U.S. showrooms this year, sales are poised to reach record levels in 2021, industry analysts say.

That's driving state agencies, electric utilities, and startups to install thousands more EV charging stations in public places so that drivers can get around without running out of juice. Chargers are popping up in office building garages, retail outlet parking lots, highway corridors, and apartment complexes.

The challenge is figuring out how to make these accessible to everyone.

In California, for instance, low-income communities on average have the fewest total chargers per capita, while high-income communities have the most, a recent state assessment found. In some cases, the chargers in low-income areas are primarily used not by residents but commuters, who might top off their Teslas on their way to another part of town.

This imbalance largely reflects the current market: Private charging companies build stations where electric cars are likely to circulate, not in places with limited EV adoption. So as the EV industry enters a likely boom phase, efforts are accelerating to ensure that all drivers can join the transition to zero-carbon transportation. Advocacy groups and government agencies nationwide are working to close gaps in existing EV programs, which have broadly struggled to reach both people in low-income neighborhoods and communities of color.

"A lot of subsidies and market incentives have catered to the 'early adopters,' the people who can afford this technology," said Leslie Aguayo of the Greenlining Institute, a racial and economic justice group in Oakland, California. "We want the focus to be on the frontline, hard-to-reach communities that are most impacted by poverty and pollution, not the folks that already have income and are getting Teslas."

Aguayo manages Greenlining's environmental equity program, which mainly works in California to shape and study electric transportation policies. Along with curbing carbon dioxide emissions, EVs have other more immediate benefits, she said. Battery-powered cars are generally cheaper to operate than internal combustion engines, due to lower fueling and maintenance costs. And electric vehicles don't emit any of the toxic tailpipe pollutants that disproportionately affect poorer people and people of color.

Yet two big roadblocks keep many drivers from ditching their gas-burning vehicles: the lack of home garages and shared spaces to charge batteries, and the cost of buying a new car, electric or otherwise.

California has more than 650,000 battery-powered cars on its roads today, and millions more are expected to join them in coming years. The state is currently working to phase out sales of new gas-powered cars by 2035 — creating an urgent need to expand charging infrastructure across the state.

Last fall, the California Energy Commission, or CEC, said it would spend $384 million over three years to begin filling the equity gaps regarding the locations of battery charging stations, along with building refueling stations for cars that run on hydrogen gas. About half that investment is focused on building EV chargers within low-income communities — particularly at or near multifamily dwellings.

The funding is meant to serve areas that the private sector won't, including rural regions, said Patty Monahan, CEC's lead commissioner for transportation in Sacramento. Some individual EV charging stations may never pencil out financially for their operators, but they're still needed in order to connect more people to the larger network. "Ultimately, we want it to be easier to refuel an electric vehicle than to refuel a conventional vehicle," Monahan said.

California isn't alone in its effort. In New York, a $750 million program is underway to create more than 50,000 charging stations statewide, with about a quarter of that funding set aside for low-income communities. Ohio's largest utility, AEP, is providing $10 million in incentives to offset some of the cost of installing EV chargers at apartment buildings, workplaces, and local government buildings; about 10 percent of stations will be in limited-income areas. Colorado regulators recently approved Xcel Energy's $110 million plan for transportation electrification, which includes adding 20,000 charging stations by 2023. The utility will also offer enhanced rebates for low-income customers and "higher-emission" communities that want to install EV charging equipment or purchase vehicles.

Nationwide, the number of public charging stations still falls "significantly short" of what's needed to meet the projected demand for 15 million light-duty EVs in 2030, the U.S. National Renewable Energy Laboratory said in a recent report. But the infrastructure build-out is actually surpassing current charging demand, and nearly 100,000 public and workplace EV chargers are available, according to the latest count by the U.S. Department of Energy's Alternative Fueling Station Locator.

Abby Brown, who leads the station locator, said the database doesn't currently specify if charging stations are installed in low-income census tracts. But researchers are exploring whether to add such capabilities. The locator can be used to help planners "determine where charging infrastructure isn't available, but might be needed to serve the public and underserved communities," Brown said.

Escobar is the chief business officer at Express Credit Union, a nonprofit financial cooperative. In August 2019, her team launched an EV loan program in partnership with the national advocacy group Plug In America. Express's "fair financing" loans offer lower interest rates for electric models purchases versus those for standard autos loans. People with lower credit scores can borrow money for EVs without making big down payments. And, importantly, the loan programs applies to both new and used models.

"We really feel that owning an EV will benefit our members financially," Escobar said. She noted that used electric cars in the area go for around $10,000 — nearly one-fourth of the price of a new electric sedan.

So far, the credit union has issued nine EV loans. However, none have gone to people from lower-income backgrounds, and Escobar said the program has struggled to draw interest in general. She speculates that might be because people aren't aware of the potential cost savings, can't navigate English-language materials, or assume that only wealthy people can own EVs. The COVID-19 outbreak thwarted last year's plans to host test-driving events, but her team has hosted webinars in English and Spanish to promote the loans.

Aguayo of the Greenlining Institute stressed that electric car ownership is only one piece of building a cleaner, more equitable transportation system.

For some communities, public investments in pedestrian-friendly sidewalks or bike lanes might serve a more immediate need than battery charging stations, she said. Other areas could benefit more from well-run fleets of battery-powered buses, or from car-sharing models that allow many people to use the same electric car. Electrifying freight trucks and other medium- to heavy-duty vehicles will have the greatest impact on eliminating toxic tailpipe pollution, even if gas-guzzling passenger cars continue to circulate.

"It's not just about replacing internal combustion engines with EVs," Aguayo said. "It's about, 'How do you holistically create a transportation system that works for the community?'"