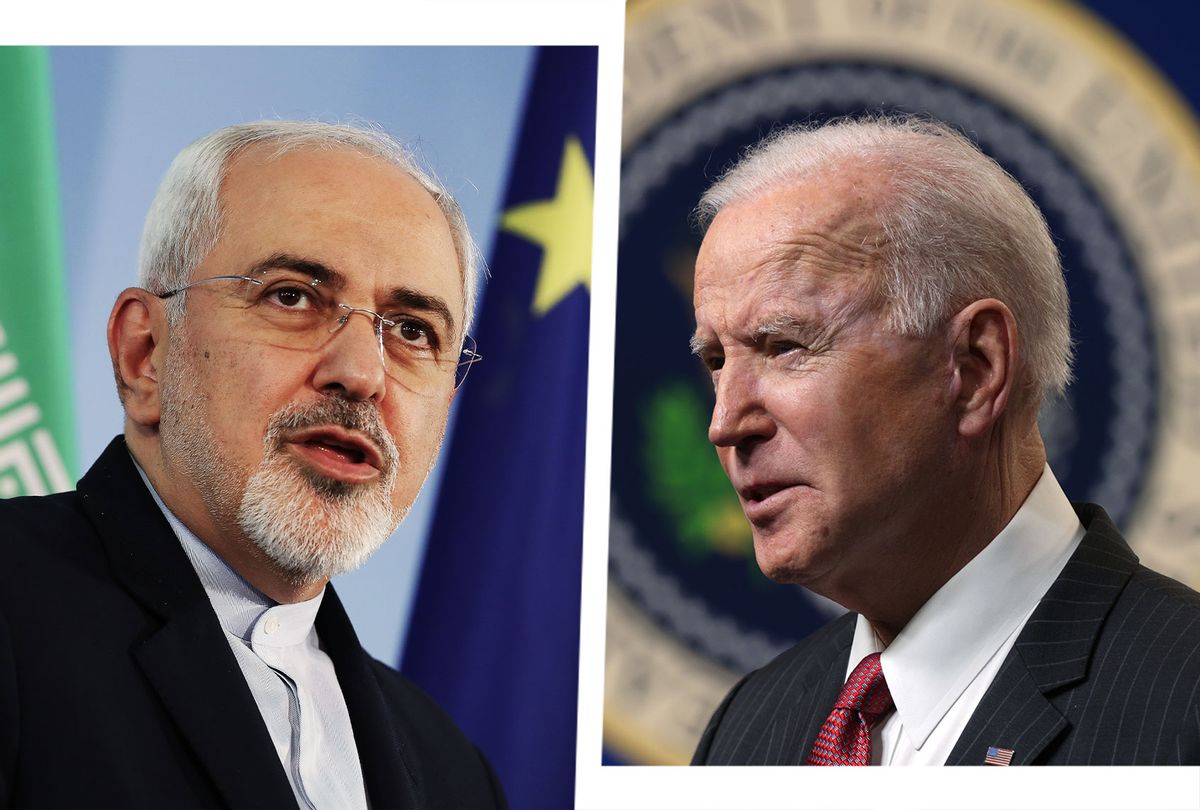 As Congress struggles to pass a COVID relief bill, the rest of the world is nervously reserving judgment on America's new president and his foreign policy, after successive U.S. administrations have delivered unexpected and damaging shocks to the world and the international system.

Cautious international optimism toward Biden is very much based on his commitment to Obama's signature diplomatic achievement, the JCPOA, better known as the "Iran nuclear deal." Biden and the Democrats excoriated Trump for withdrawing from it and promised to promptly rejoin the deal if elected. But Biden now appears to be hedging his position in a way that risks turning what should be an easy win for the new administration into an avoidable and tragic diplomatic failure.

Biden should have announced U.S. re-entry as one of his first executive orders. It did not require renegotiation or debate. On the campaign trail, Sen. Bernie Sanders, Biden's main competitor for the Democratic nomination, simply promised, "I would re-enter the agreement on the first day of my presidency."

Then-candidate Sen. Kirsten Gillibrand, D-N.Y., said during the Democratic primary season, "We need to rejoin our allies in returning to the agreement, provided Iran agrees to comply with the agreement and take steps to reverse its breaches." Gillibrand said that Iran must "agree" to take those steps, not that it must take them first, presciently anticipating and implicitly rejecting Biden's self-defeating position that Iran must fully return to compliance with the JCPOA before the U.S. will rejoin.

If Biden simply rejoins the JCPOA, all the provisions of the agreement will be back in force and will work exactly as they did before Trump opted out. Iran would be subject to the same IAEA inspections and reports as before. Whether Iran is in compliance or not will be determined by the IAEA, not unilaterally by the U.S. That's how the agreement works, as all the signatories agreed: China, France, Germany, Iran, Russia, the U.K., the EU — and the United States.

So why is Biden not eagerly pocketing this easy first win for his stated commitment to diplomacy? A December 2020 letter supporting the JCPOA, signed by 150 House Democrats, should have reassured the new president that he has overwhelming support to stand up to hawks in both parties.

But instead Biden seems to be listening to opponents of the JCPOA who are telling him that Trump's withdrawal from the agreement has given him "leverage" to negotiate new concessions from Iran before rejoining. Rather than giving Biden leverage over Iran, which has no reason to make further concessions, this has given opponents of the JCPOA leverage over Biden, turning him into the football, instead of the quarterback, in this diplomatic Super Bowl.

American neocons and hawks, including those inside the new administration, appear to be flexing their muscles to kill Biden's commitment to diplomacy at birth, and his well-known hawkish foreign policy views make him dangerously susceptible to their arguments. This is also a test of Biden's previously subservient relationship with Israel, whose government vehemently opposes the JCPOA and whose officials have even threatened to launch a military attack on Iran if the U.S. rejoins the agreement, a flagrantly illegal threat that Biden has yet to publicly condemn.

In a more rational world, the call for nuclear disarmament in the Middle East would focus on Israel, not Iran. As Archbishop Desmond Tutu wrote in the Guardian on Dec. 31, Israel's own possession of dozens, or perhaps hundreds, of nuclear weapons is the worst-kept secret in the world. Tutu's article was an open letter to Biden, asking him to publicly acknowledge what the whole world already knows, and to respond as required under U.S. law to the actual proliferation of nuclear weapons in the Middle East.

Instead of tackling the danger of Israel's all-too-real nuclear weapons, successive U.S. administrations have chosen to cry wolf over nonexistent nuclear weapons in Iraq and Iran to justify besieging their governments, imposing deadly sanctions on their people, invading Iraq and threatening Iran. A skeptical world is watching to see whether President Biden has the integrity and political will to break this insidious pattern.

The CIA's Weapons Intelligence, Nonproliferation and Arms Control Center (WINPAC), which stokes Americans' fears of imaginary Iranian nuclear weapons and feeds endless allegations about them to the IAEA, is the same entity that produced the lies that drove America to war on Iraq in 2003. On that occasion, WINPAC director Alan Foley told his staff, "If the president wants to go to war, our job is to find the intelligence to allow him to do so" — even as he privately admitted to his retired CIA colleague Melvin Goodman that U.S. forces searching for WMDs in Iraq would find "not much, if anything."

What makes Biden's stalling to appease Benjamin Netanyahu and the neocons diplomatically suicidal at this moment in time is that in November the Iranian parliament passed a law that forces its government to halt nuclear inspections and boost uranium enrichment if U.S. sanctions are not eased by the last week of February.

To complicate matters further, Iran is holding its own presidential election on June 18 of this year, and election season — when this issue will be hotly debated — begins after the Iranian New Year on March 21. The winner is expected to be a hawkish hardliner. Trump's failed policy, which Biden is now continuing by default, has discredited the diplomatic efforts of President Rouhani and Foreign Minister Zarif, confirming for many Iranians that negotiating with America is a fool's errand.

If Biden does not rejoin the JCPOA soon, time will be too short to restore full compliance by both Iran and the U.S. — including lifting relevant sanctions — before Iran's election. Each day that goes by reduces the time available for Iranians to see benefits from the removal of sanctions, leaving little chance that they will vote for a new government that supports diplomacy with the United States.

The timetable around the JCPOA was known and predictable, so this avoidable crisis seems to be the result of a deliberate decision by Biden to appease neocons and warmongers, domestic and foreign, by bullying Iran — a partner in an international agreement he claims to support — to make additional concessions that are not part of the agreement.

During his presidential campaign, Biden promised to "elevate diplomacy as the premier tool of our global engagement." If he fails this first test of his promised diplomacy, people around the world will conclude that, despite his trademark smile and affable personality, Biden represents no more of a genuine recommitment to American partnership in a cooperative "rules-based world" than Trump or Obama did.

That will confirm the steadily growing international perception that, behind the Republicans' and Democrats' good cop-bad cop routine, the overall direction of U.S. foreign policy remains fundamentally aggressive, coercive and destructive. People and governments around the world will continue to downgrade relations with the United States, as they did under Trump, and even traditional U.S. allies will chart an increasingly independent course in a multipolar world where the U.S. is no longer a reliable partner and certainly not a leader.

So much is hanging in the balance, for the people of Iran suffering and dying under the impact of U.S. sanctions, for Americans yearning for more peaceful relations with our neighbors around the world, and for people everywhere who long for a more humane and equitable international order to confront the massive problems facing us all in this century. Can Biden's America be part of the solution? After only three weeks in office, surely it can't be too late. But the ball is in his court, and the whole world is watching.