Trump lashes out after Supreme Court loss, calls probe into his tax returns a "fishing expedition" 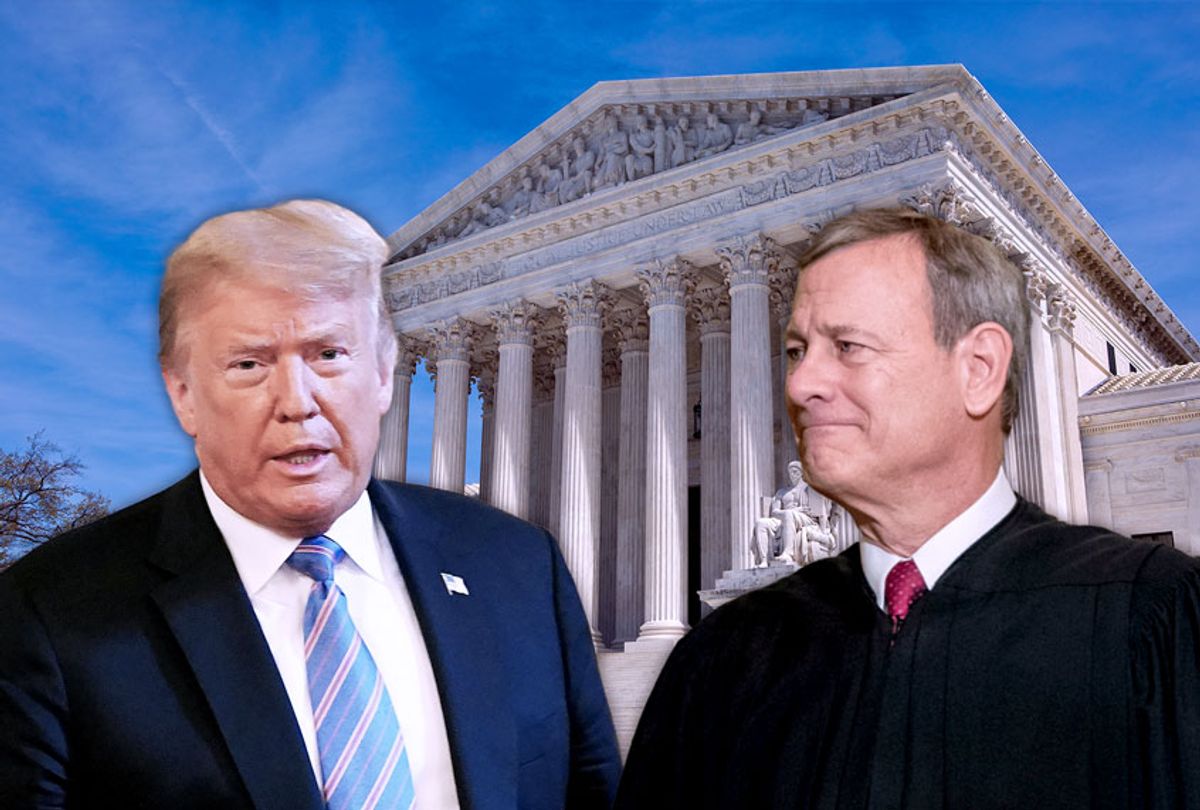 On Monday, the Supreme Court allowed a New York prosecutor to obtain Donald Trump's tax returns, marking a fatal blow for his legal effort to block an accelerating criminal investigation into his business dealings. In turn, the former president lashed out at and attacked the justices, including the three nominated to the bench by him, who rebuffed his attempt to block the probe without comment.

"This investigation is a continuation of the greatest political Witch Hunt in the history of our Country," the former president, who has been deplatformed from Twitter, said in a press release. "It just never ends!"

Manhattan District Attorney Cyrus Vance is now permitted to compel Trump's accounting firm, Mazars, to hand over Trump's tax releases as evidence for alleged hush money payments, as well as other illegal financial transactions. "The work continues," Vance tweeted on Monday. Mazars said it was "committed to fulfilling all of [their] professional and legal obligations."

In 2019, Vance led an effort to subpoena Trump for eight years of tax returns in order to uncover new evidence regarding hush money that Trump allegedly paid to Stormy Daniels and Karen McDougal––two women with whom the former president had extramarital relations.

In a 7-2 ruling in July of last year, the Supreme Court rejected Trump's bid for immunity from a state criminal subpoena, concluding that the former President was not entitled to special treatment. The Court's decision, however, allowed Trump to go to lower courts to make his case.

In October, the 2nd U.S. Circuit Court of Appeals ultimately ruled that "there [was] nothing to suggest" that subpoenaed documents were "anything but run-of-the-mill documents typically relevant to a grand jury investigation into possible financial or corporate misconduct." The decision prompted Trump's lawyers –– who originally argued that the subpoena was overbroad and in bad faith –– to re-introduce the case to the Supreme Court while federal justices were simultaneously deciding to grant an appeal. His lawyers said that the subpoena was merely issued to harass former President Trump as it did not have explicit grounds to demand access to eight years of tax returns.

"Its near limitless reach-in time, scope, and geographic reach-has all the hallmarks of a fishing expedition," Trump's legal team argued. "And the fact that the subpoena was issued to a third-party custodian while tensions were running high between the Trump Organization and the district attorney, and for dubious reasons of efficiency, only makes the allegation of bad faith that much more plausible."

But Vance has maintained that the investigation would capture a broader range of concerns than just the hush money allegations. "The investigation concerns a variety of business transactions," Vance said in court filings, "and is based on information derived from public sources, confidential informants, and the grand jury process" and may include concerns related to many forms of fraud.

Trump, however, compared the New York investigation to fascism.

"The new phenomenon of 'headhunting' prosecutors and AGs—who try to take down their political opponents using the law as a weapon —is a threat to the very foundation of our liberty," his statement read. "That's what is done in third world countries. Even worse are those who run for prosecutorial or attorney general offices in far-left states and jurisdictions pledging to take out a political opponent."

Trump continued: "That's fascism, not justice—and that is exactly what they are trying to do with respect to me, except that the people of our Country won't stand for it."

Although Vance is now able to wield Trump's tax returns against the former president, the documents will not be made public due to grand jury secrecy rules. The evidence will only be made publicly available if Vance chooses to indict Trump on criminal charges down the road.