Sen. Sanders was just one of seven senators to object to Tom Vilsack’s confirmation as Agriculture Secretary 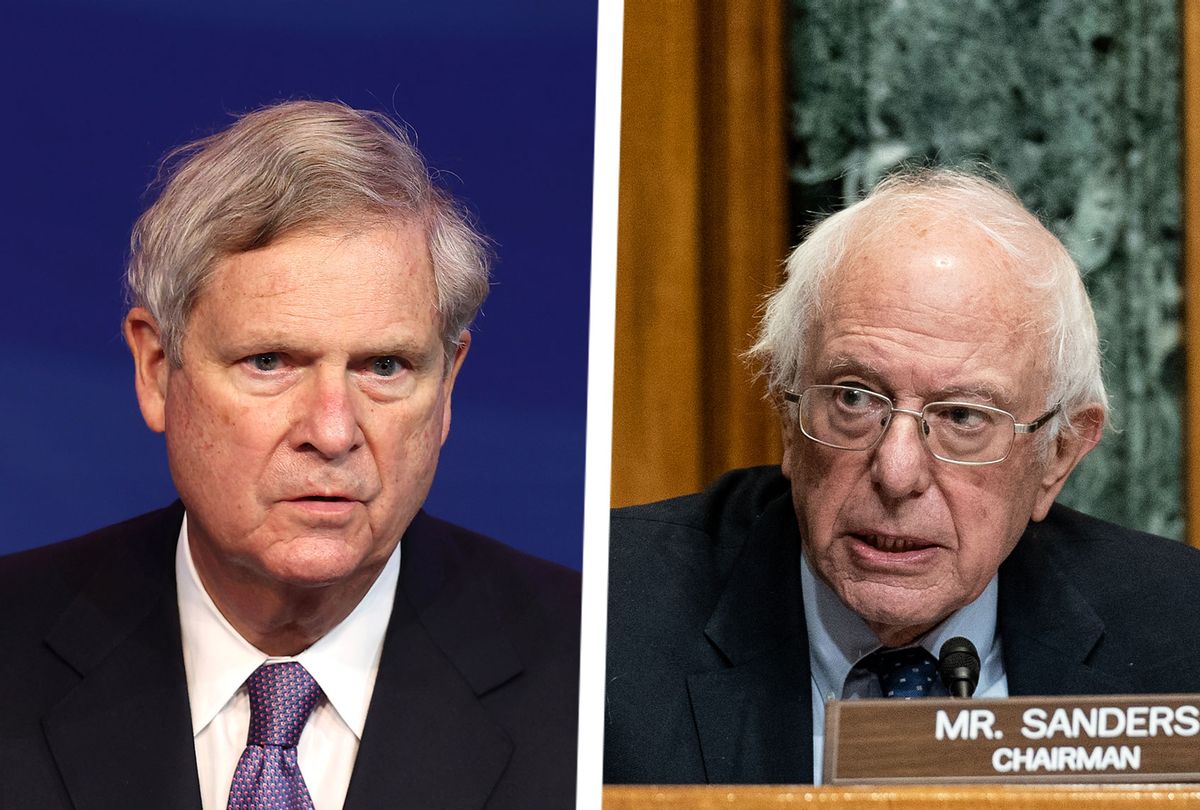 Sen. Bernie Sanders broke with the Biden administration on Tuesday to vote against the confirmation of former Iowa Gov. Tom Vilsack, a Democrat, as secretary of the Department of Agriculture.

Biden lauded Vilsack for his handling of a vulnerable agricultural industry still reeling from the effects of the Great Recession when he announced his nomination back in December. When Barack Obama picked Vilsack as his secretary of Agriculture at the time to help implement the Recovery Act, he was confirmed with unanimous approval. However, Vilsack's recent return to the Department of Agriculture had received more pushback.

"Tom Vilsack's appointment to secretary of agriculture is the exact opposite of what an administration focused on 'building back better' needs," wrote climate group 350.org in January. "In order to ensure a livable future, we need leadership that will fight for struggling family farmers, sustainable farming, and national food security, not corporate agriculture giants."

Many progressives and civil rights groups representing farmers of color also rebuked the pick over Rep. Marcia Fudge, D-Ohio, who has much stronger progressive and grassroots support from stakeholders but who Biden taped to lead the Department of Housing and Urban Development. Lloyd Wright, former director of civil rights at USDA, told Politico, "When it came to issues of race, [Vilsack] was one of the worst I've ever come in contact with. What we don't want is Vilsack to come back." He added, "A reshuffling of the department leadership from four years ago will not do us any more good than what we have now. We didn't gain anything under Vilsack."

According to an investigative report referenced in Wright's letter, from 2013 to 2015, a paltry seven percent of micro-loans were provided to black farmers and just 0.2 percent of USDA's $5.7 billion loan provisions went to that same group. Other racial disparities relating to land and capital for farmers of color also occurred on Vilsack's watch.

"There were no consequences to those very well documented discriminatory actions by USDA," said Rudy Arredondo, president of the National Latino Farmers and Ranchers Trade Association. "To this day, there have been no consequences. Some of the folks that were there during that time are still in office."

Opponents also took issue with Vilsack's confirmation because of his past firing of Shirley Sherrod, the former head of USDA rural development in Georgia. Back in 2010, Sherrod was wrongfully terminated by the Obama administration because of a doctored video released by right-wing provocateur Andrew Breitbart that showed her ostensibly supporting racial discrimination. According to Politico, Vilsack's nomination came just after a meeting held by Biden, Vice President Kamala Harris, and Rep. Cedric Richmond, D-La., in which NAACP CEO Derrick Johnson had suggested that it would be unwise for Biden to pick Vilsack without at least consulting Sherrod. It remains unclear whether Biden made the call.