How to cook corned beef at home (that's cornier, beefier and better)

Once you have corned beef on hand, the possibilities are endless 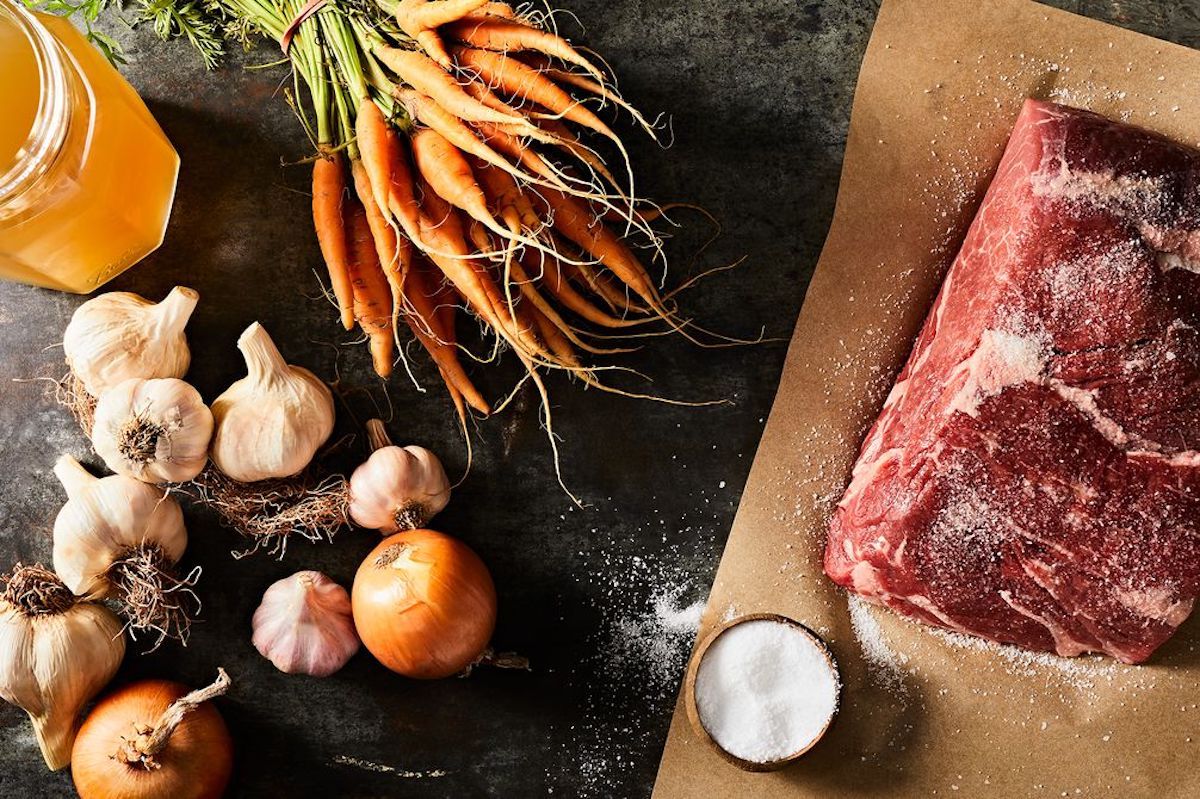 We know how you got here — you want to know how to make corned beef. And so you will. But how did corned beef get here? Who thought to cure thick cuts of beef in salt and nitrates, and declare them "corned?"

According to Mark Kurlansky, author of "Salt: A World History," the Irish began salting, spicing, and curing beef in the Middle Ages, finding that this process preserved the meat from spoilage (and particularly from the danger of C. Botulinum, the toxin-producing bacterium best known for causing Botulism . . . and Botox). The Irish, most likely, originally referred to this product as spiced beef (as they still do today). But when the British seized control of the Emerald Isle, trampling its fields with cattle and its culture with Imperial force, they dubbed the preserved meat 'corned.' The word corn, back then, was not yet associated primarily with the American crop, instead referring broadly to grains or small pieces. In this case, the 'corns' were likely grains of salt, or granules of potassium nitrate, known as saltpeter (also the name of my future celebrity child).

Corned beef travelled with the British navy across the colonies, spreading it to tables from the Carribbean to the Polynesian islands. When Irish immigrants themselves struck out across the waters in the 19th century, they found corned beef on the butcher blocks of New York's Kosher delis, and quickly adopted this Jewish variation. There is still excellent corned beef to be had, whether in New York's Jewish delis, in the English Market in Cork, or in the street markets of Manila. But if you have a few pounds of beef brisket and some saltpeter on hand, here's how to make your own. This recipe is based on the version made in Ballymaloe, the Corkonian bastion of farm-to-table cookery, but you can adjust the spices according to your desires and tradition.

How to cook corned beef

Grind the spices, salt, and saltpeter together, and rub onto the meat. Place in a rimmed dish, cover with plastic wrap, and refrigerate for at least 3 and ideally 7 days, turning every day or two.

Once it is fully cured, roll the meat into a tight log and truss with kitchen twine.

Place the corned beef in a Dutch oven on the stove, and barely cover with cold water. Bring to a simmer, and cook over low heat until tender, 3-4 hours, making sure the meat remains submerged. Remove from the pot and rest for at least 30 minutes before slicing. The corned beef should be succulent, fragrant, and pink from the saltpeter. Enjoy!

How to eat corned beef

Once you have corned beef on hand, the possibilities are endless. Serve it with cabbage and potatoes in the Irish-American tradition, or hash it with root vegetables. Or if you're out of energy, just throw it on a sandwich. If a corned beef sandwich is good enough to bring to space, it's good enough for lunch.