After the riot comes the gaslighting 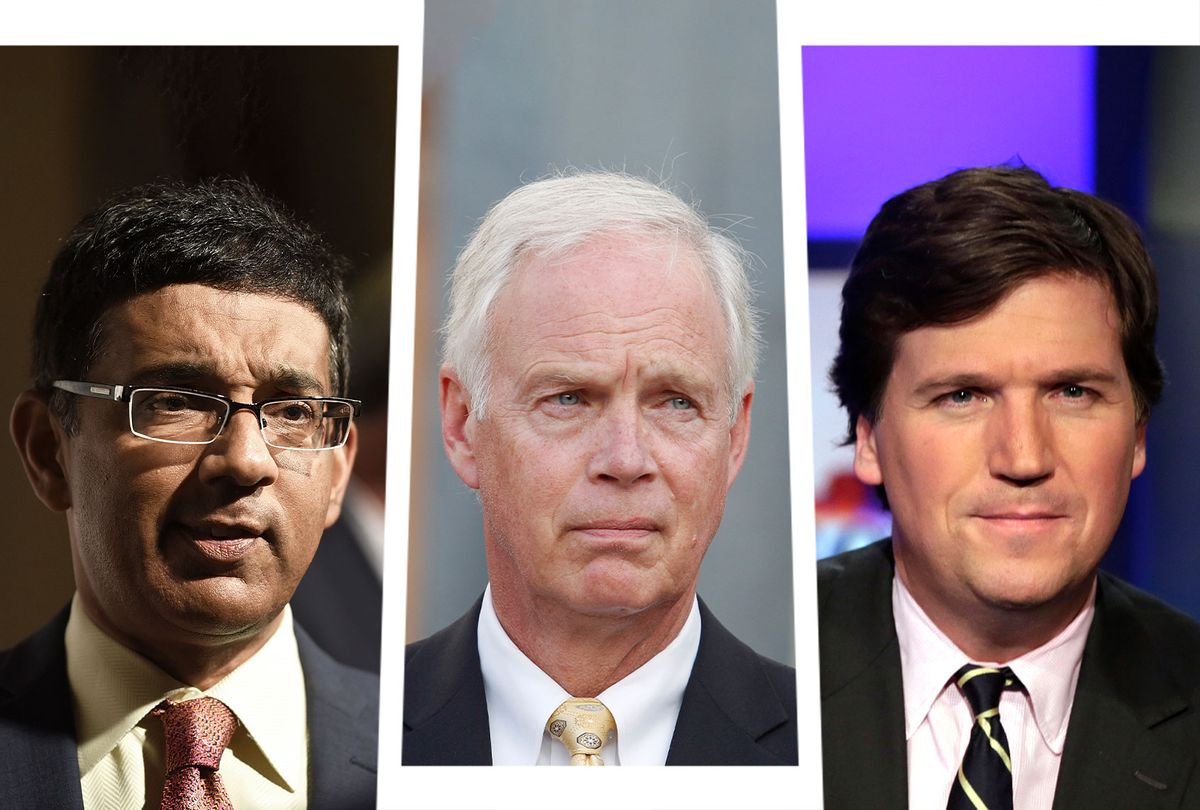 Donald Trump's insurrection failed. While historians will likely debate for decades how close he really came to succeeding, one thing is for certain: His failure has put his most prominent defenders in a tough spot. Instead of lining up to sing the praises of President-for-Life Donald Trump, which is where they want to be, his sycophants are stuck trying to make excuses for, minimize, or deflect attention from Trump's failure.

First, they tried to minimize Trump's responsibility for the insurrection. That tactic fell apart after an impeachment trial where the prosecutors made such an airtight case for Trump's guilt that even people who voted to acquit him pretended it was on a legal technicality, rather than try to argue for his innocence. Now, some folks on the right are trying a new tactic, one you might call the "go big or go home" strategy. Trump's loudest defenders are now outright denying that the nation saw what we all clearly saw on January 6.

During a Tuesday hearing about the security failures that led to the Capitol riot, Republican Sen. Ron Johnson of Wisconsin unleashed a bunch of conspiracy theories denying that all those people waving Trump flags while chanting "no Trump, no peace" were, in fact, there for Trump.

Ron Johnson is using his questioning time during the Capitol security hearing to promote a conspiracy theory that the January 6 insurrectionists weren't actually Trump supporters, but were "provocateurs" and "fake Trump protesters" pic.twitter.com/t72QkHDbaG

Johnson has also been rejecting the idea that the insurrection was a serious event because he falsely claims it wasn't an armed insurrection. This, of course, is flat-out false. Law enforcement seized Moltov cocktails, bear spray, guns, and knives from insurrectionists. Others improvised weapons, often using flagpoles or fire hydrants, or seized weapons from the Capitol police officers they then attacked. The likely reason it wasn't worse is D.C.'s strict gun laws prevented many would-be rioters from making it to the Capitol in the first place and discouraged others from carrying guns for fear of being stopped by police.

Johnson was echoing a narrative that has been percolating up, as these narratives do, from the right-wing fringes. And there's every reason to be concerned that this will follow the same path so many other right-wing conspiracy theories do,  where it starts from the fringes, gets amplified by people like Johnson, and eventually settles into the common wisdom of the Republican Party.

"There was no insurrection, there was no coup," said Dinesh D'Souza, a fake historian, convicted criminal, and conservative pundit still in good standing enough to appear on Laura Ingraham's show Fox News Tuesday night. Instead, he insisted the heavily videoed and photographed insurrection is "a false narrative" invented by liberals who want to say "Trump was presiding over all the social unrest so they could then try to blame on him."

The "don't believe your lying eyes" strategy was in full bloom on Tucker Carlson's Tuesday night show in a segment where Carlson denied the existence of QAnon, the online conspiracy theory cult that many of the insurrectionists are engaged in.

"We spent all day trying to locate the famous QAnon, which, in the end, we learned is not even a website. If it's out there, we could not find it," Carlson said, insisting that "cable news" and "politicians talking on TV" are "the ones spreading disinformation to Americans" by talking about the existence of QAnon.

Of course, QAnon is very real and well-documented — more so than most cults, since it exists mostly online and thus has a lengthy written history across many websites, including 8kun, where the "Q drops", which are believed to be authored by the people who own the site, are published. Indeed, Carlson is no doubt aware that a good deal of his own audience believes the QAnon conspiracy theory, and likely are taking this broadcast as a coded signal to play dumb about it.

The word "gaslighting" gets thrown around a lot, but this is very much the definition of the word. It comes from the psychology of abuse, and refers to the way an abuser might, for instance, beat his wife and then pretend the next day it didn't happen, calling her hysterical if she insists it did. Gaslighting isn't just lying. It's denying an obvious truth, and insisting that anyone who disagrees is crazy or is making stuff up. It was a favorite tactic of Trump's, who kicked off his presidency by gaslighting the nation about the size of his inauguration crowd. And now it's being used by his allies, to argue that the evidence of our own eyes and ears isn't real.

Lying about something so obvious seems like it's a bad strategy, but perversely, it can often work better than other strategies conservatives use to mislead or deflect. The brazenness is why it works. It induces helplessness in interlocutors by signaling that there is no reasoning with you. What's the point of arguing with someone who will say up is down and black is white?

As Philip Bump of the Washington Post noted Wednesday, "It is probably not a strong indication that Sen. Ron Johnson (R-Wis.) commands a lot of respect from his peers that the claims he offered during a hearing Tuesday about the events at the U.S. Capitol on Jan. 6 generally were met with a shrug." While Sen. Amy Klobuchar, D.-Minn., did try to push back a little, it's true that Johnson's diatribe was so dumb that most other senators just said nothing at all, because how do you argue with someone talking such utter nonsense? There is also a not-unreasonable fear that many have that they'll get dirty themselves by getting into an argument with someone so clearly unhinged.

But what ends up happening is that the wild conspiracy theory is allowed to go unchallenged. It's why the strategy of the Big Lie is so effective and Trump was so reliant on it. Smaller lies can be debated and debunked. A Big Lie, however, exhausts your opponents and ends up going without rebuttal. Trump did this with his lies about election fraud. They were so big, so ridiculous, and so obviously untrue that it was hard to even know where to begin with a debunking. The result is that a strong majority of Republican voters now claim to believe Trump won the election.

That's what Carlson, D'Souza, and Johnson — as well other Republicans who adopt this lie — are counting on.

Denying the sky is blue breaks the will of their opponents to argue back. It frees them to spread this lie unchecked until it becomes the received wisdom of the Republican base. Soon, we can expect drunk uncles around the nation to count on their own stubborn unwillingness to admit evidence to "win" arguments over whether the insurrection is real. Who needs facts when you have lies that work by exhausting your opposition?