For months, Florida Gov. Ron DeSantis has boasted about his state’s strategy in dealing with COVID-19 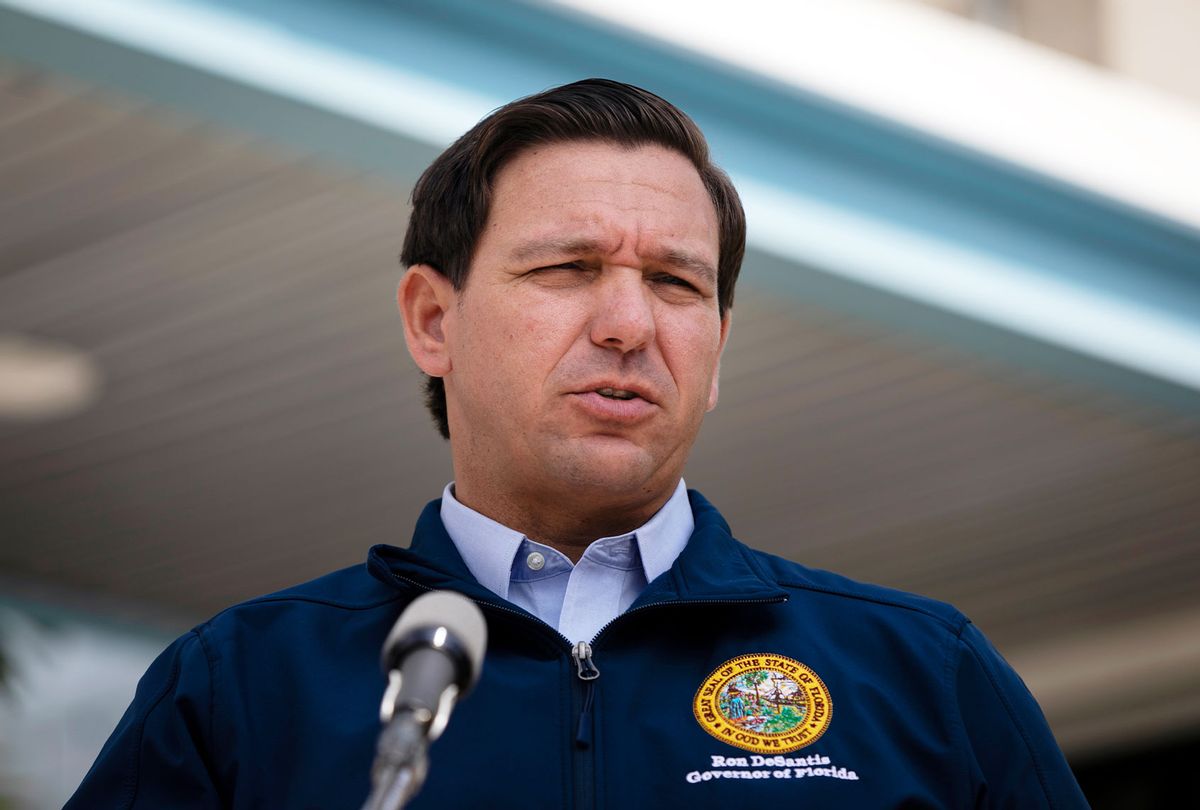 The result of lockdowns "has been the destruction of millions of lives across America as well as increased deaths from suicide, substance abuse and despair without any corresponding benefit in covid mortality."

For months, Florida Gov. Ron DeSantis has boasted about his state's "open for business" strategy in dealing with covid-19 and how it's working better than so-called lockdown states.

Unlike in some other states, all Florida public schools are open for in-person learning, restaurants and bars have few restrictions, and the state has barred local governments from penalizing individuals for not wearing a mask in public.

In a recent rant against social network companies such as Facebook and Twitter, DeSantis suggested that states that had instituted heavy restrictions on residents experienced severe repercussions for residents without reducing the number of covid deaths.

"Lockdowns at the time of the pandemic were favored by the, quote, 'narrative' and so, in the name of, quote, 'science,' articles and posts warning against lockdowns were taken down and censored," said DeSantis. "The result has been the destruction of millions of lives across America, as well as increased deaths from suicide, substance abuse and despair, without any corresponding benefit in covid mortality."

We wondered whether that was true. Have state restrictions done such significant harm without providing any boost in the fight against covid deaths? So we dug in.

Locking In on Lockdowns

To reduce the spread of the coronavirus, states have enacted — and then sometimes relaxed or lifted — various restrictions, including mask mandates, limits on restaurant capacity, stay-at-home orders and bans on large gatherings.

DeSantis, a Republican, has bristled at such statewide orders, even resisting pleas from local officials in Florida and criticizing other jurisdictions for implementing them. He has consistently questioned their effectiveness. Late last year, for instance, he claimed that states with lockdowns had covid transmission rates twice as high as Florida's. We rated that Half True.

We asked DeSantis' office for any evidence supporting his more recent claim. The response reveals a mixed bag of information.

Check the Data: Did Florida's Path Lead to Less 'Despair'?

To support the governor's claim that other states have seen higher numbers of deaths from suicide, substance abuse and despair than Florida has during the pandemic, DeSantis' office sent information from the Centers for Disease Control and Prevention showing "all cause" mortality rates increased slower in Florida in 2020 — coinciding with the pandemic's first months through June 3 — over 2019 rates than in California and New York — two states that have opted for more regulations on public gatherings and mask-wearing. DeSantis' analysis showed Florida's rate rose 15% compared with 16% in California and 29% in New York.

But the "all causes" category goes far beyond deaths associated with suicide and drug abuse. It includes deaths from cancer, heart disease, lung disease and dementia, for example.

DeSantis' office did not provide any data showing how rates of suicide and drug abuse in Florida compared with those in so-called lockdown states. It sent us a Miami Herald article that said in Florida, according to preliminary medical examiners' statistics, 2,975 people died by suicide in 2020, down 13% from the previous year. But the article did not have nationwide data or figures from California or New York.

Comparing the 12-month period ending in June 2020 to the prior 12 months, the period for which data is available, Florida had a 34% increase in the rate of overdose deaths compared with a 20% national average among states. California had a 23% increase and New York had an 18% increase.

Meanwhile, federal suicide data reflecting the months in which the pandemic has transpired will not likely be available until 2022. Experts say that anecdotal evidence suggests a possible uptick in suicide rates during the pandemic. In addition, an online tool offered by the nonprofit Mental Health America to help screen for mental health issues showed a slight increase last year in people having suicidal thoughts.

Nonetheless, Paul Gionfriddo, the group's CEO, said he knows of no studies showing that so-called lockdown states have higher rates of suicide than those with fewer restrictions.

Gionfriddo said DeSantis may think he is mitigating the harmful effects of loneliness by not limiting public gatherings. But loneliness is not the only reason people cite in considering suicide, he said. Grief, financial insecurity and other factors also play a role, he said.

John Auerbach, president and CEO of Trust for America's Health, a nonprofit think tank, said it's difficult to pinpoint the psychological impact of restrictions to reduce infection because rules vary by state and within states, and such regulations have been imposed and lifted at different times.

Auerbach said he knows of no evidence that links states' covid restrictions to suicides or drug overdose deaths.

"There are many contributing factors to suicide and drug overdoses," he said. The pandemic itself is having the biggest effect on heightening people's risk of dying from suicide and drug abuse — not the states' different approaches to prevent the transmission of infection, he added.

"It is the underlying pandemic that is at the root of increased risks," Auerbach said.

DeSantis also argued that statewide restrictions did not bring any corresponding benefit in limiting covid mortality.

We asked his office for evidence. They again pointed to the CDC increase in "all cause" mortality data that showed California's rate was slightly higher than Florida's. But those statistics cover all causes of death, and people are still dying of diseases and conditions besides covid.

We then consulted three epidemiologists to get their take. They all said the governor was playing loose with the facts. They stressed varying factors that affect states' mortality rates — from the weather to socioeconomic indicators to access to health services.

The epidemiologists pointed to the latest CDC data, which indicated that Florida's covid mortality rate is higher than California's and seemed to undercut DeSantis' position that lockdowns have only hurt states.

As of Feb. 22, Florida ranked 28th in covid death rates while California ranked 33rd, according to the latest CDC data, as compiled by Statista.

"That would bolster the argument that restrictions are one factor involved in lowering death rates," said Nicole Gatto, an associate professor of public health at Claremont Graduate University in California.

Numerous others also have an effect, Gatto said, so it is impossible to compare states using current data based on their strategies.

"I do think it is an oversimplification to make the assertion that the governor did without further study of the numerous variables involved, characteristics of the population, timing of interventions and the limitations of the data," she said.

The pandemic certainly has caused anxiety and distress across the country, and state and local restrictions designed to tamp down on the coronavirus's spread have also affected people's financial and emotional well-being. But currently, no clear data supports DeSantis' strongly worded claim. Researchers agreed that more research is necessary before such broad conclusions could be drawn. In addition, experts said that covid death rates vary by state and numerous factors beyond state strategies to combat the virus affect this metric.

We rate the statement Mostly False.

This story was produced in partnership with PolitiFact. It can be republished for free.