"They'd just rather lose gracefully, I guess," Trump says. "Not really a plan that I would go with" 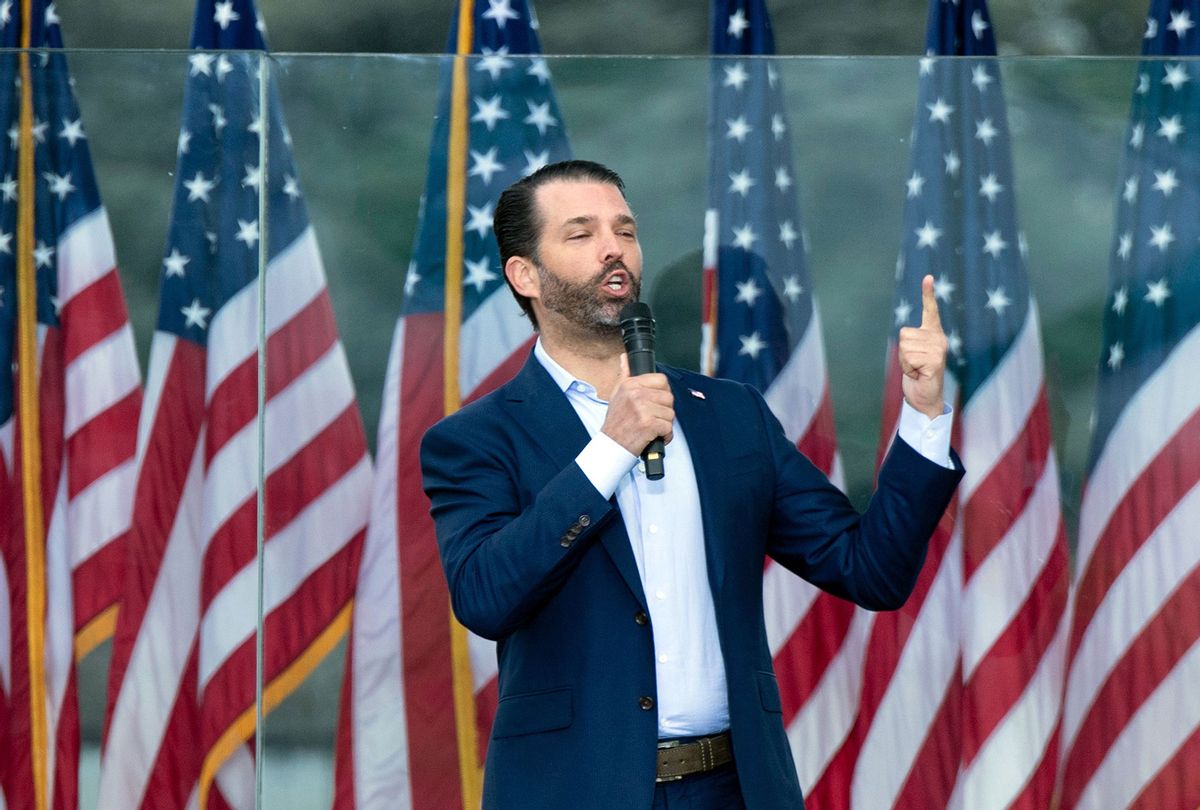 The namesake son of former President Donald Trump complained that Republicans did not do enough to overturn the 2020 presidential campaign.

The remarks were a continuation of the "Big Lie" that Trump won the election that resulted the Jan. 6 insurrection and Trump's second impeachment.

"The Republicans aren't willing to do it," Trump, Jr. argued. "They've shown that over the decades, they'd just rather lose gracefully, I guess."

"Not really a plan that I would go with, but it's what they've done," he said.

He then praised his father for refusing to concede the fact he lost.

"Donald Trump has shown that you don't have to do that — you can actually push back," he said of his father's action that resulted in a fatal insurrection.