Biden's strikes reportedly killed 22 in Syria. “What is the legal authority for strikes?” Psaki questioned in 2017 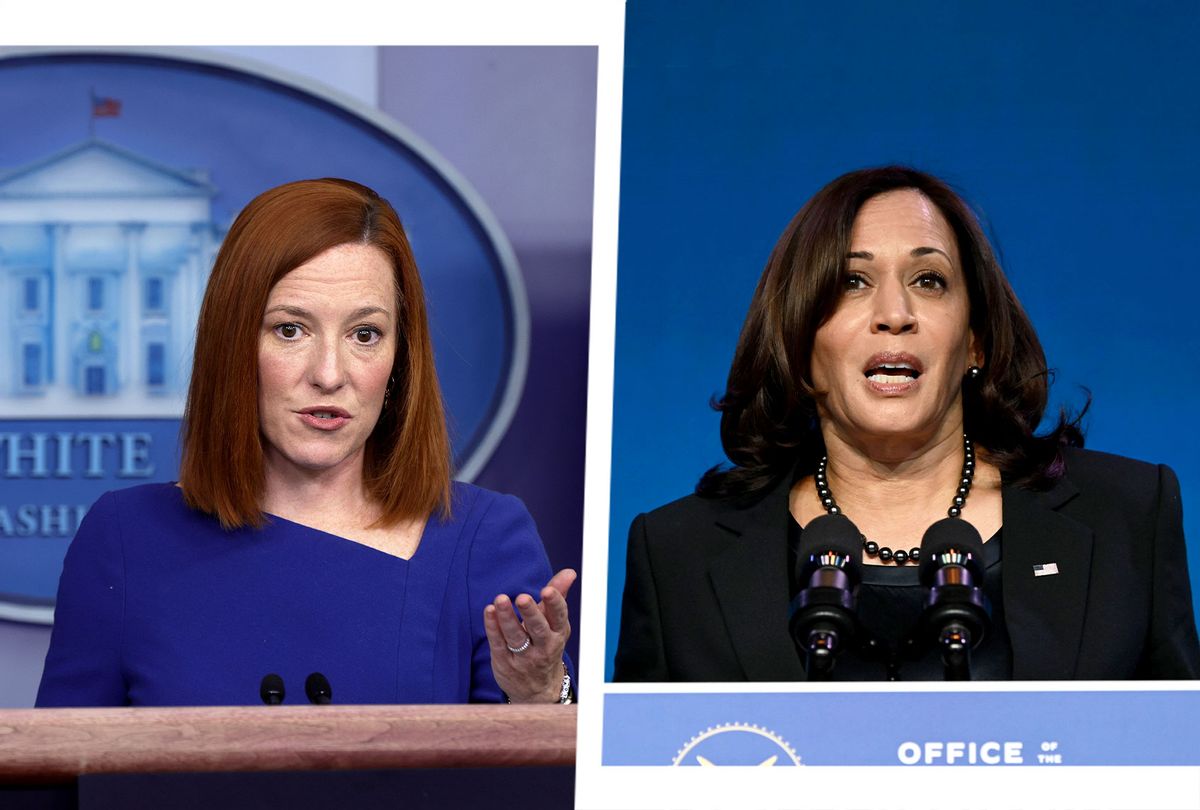 Pentagon spokesman John Kirby announced on Thursday that the administration had launched airstrikes destroying facilities used by Iranian-backed militant groups in Syria near the Iraqi border.

"At President Biden's direction, U.S. military forces earlier this evening conducted airstrikes against infrastructure utilized by Iranian-backed militant groups in eastern Syria," Kirby said in a statement. "These strikes were authorized in response to recent attacks against American and Coalition personnel in Iraq, and to ongoing threats to those personnel."

Defense Secretary Lloyd Austin told CBS News he recommended the strike in response to several rocket attacks against U.S. targets in Iraq, including one in Erbil this month that killed a non-American civilian contractor and injured a U.S. service member and several U.S. contractors. An administration official also told the network the strikes were intended to send a message to Iran to stop putting U.S. troops at risk while avoiding provoking the Iranian regime directly, or Iraqi officials who want to maintain good relations with Iran.

The Pentagon has not mentioned any casualties but the Syrian Observatory for Human Rights, a U.K.-based monitor group, reported that the strikes killed 22 militants and destroyed a weapons shipment crossing from Iraq to Syria.

"This proportionate military response was conducted together with diplomatic measures, including consultation with Coalition partners," Kirby said. "The operation sends an unambiguous message: President Biden will act to protect American and Coalition personnel. At the same time, we have acted in a deliberate manner that aims to de-escalate the overall situation in both eastern Syria and Iraq."

The Iraqi government previously protested a U.S. strike against one of the Iranian-backed militias inside its borders in December, accusing the Trump administration of violating its sovereignty.

Psaki said earlier this week that the U.S. holds Iran responsible for the actions of its allied militias in Iraq after Tehran had denied any involvement. She said that the administration would "reserve the right to respond in a manner and at a time of our choosing."

But progressive lawmakers and peace advocates had not forgotten Psaki's 2017 tweet questioning the legality of the Trump administration's strikes in Syria in response to the government's use of chemical weapons on its citizens.

"What is the legal authority for strikes?" Psaki asked. "Assad is a brutal dictator. But Syria is a sovereign country."

Rep. Ilhan Omar, D-Minn., who sits on the House Foreign Affairs Committee, resurfaced the tweet in response to the strike.

Harris, who was then in the Senate, also questioned the legality of U.S. military action in Syria in 2018 following an earlier strike in response to chemical weapon use.

"I strongly support our men and women in uniform and believe we must hold Assad accountable for his unconscionable use of chemical weapons," she wrote at the time. "But I am deeply concerned about the legal rationale for last night's strikes."

Unlike the previous strikes, Thursday's airstrike came in response to an attack by an Iraqi militia rather than against the Syrian government. The sweeping authorization of military force approved by Congress in 2002 following the 9/11 attacks gives the president broad power to strike against terror groups that attack the U.S. or states that harbor them. The Obama administration cited that authorization to justify its 2014 strikes against ISIS in Syria.

Som foreign policy experts agreed, however, that the legality of these strikes is questionable.

Ian Bremmer, a geopolitics expert and president of the Eurasia Group, said that the question "needs to be addressed by Congress" and has "for decades now."

"The United Nations Charter makes absolutely clear that the use of military force on the territory of a foreign sovereign state is lawful only in response to an armed attack on the defending state for which the target state is responsible," Mary Ellen O'Connell, an international conflict expert at the Notre Dame University Law School, told the Associated Press. "None of those elements is met in the Syria strike."

Republican congressional leaders, on the other hand, welcomed the strike.

"It is imperative that our enemies know that attacking Americans comes at a cost," tweeted Sen. Lindsey Graham, R-S.C. "Very supportive of this strike and hope it will create necessary deterrence in the future."

Sen. Marco Rubio, R-Fla., the vice chair of the Senate Intelligence Committee, called the strikes "targeted, proportional and necessary." Rep. Michael McCaul, R-Texas, the top Republican on the House Foreign Affairs Committee, agreed that "responses like this are a necessary deterrent."

"Today's airstrike demonstrates @POTUS' resolve to prevent Iran from targeting America's personnel and allies with impunity," tweeted House Majority Leader Steny Hoyer, D-Md. "It was a strong act that will surely send a message to Tehran that our country will not abide destabilizing actions from its forces or its proxies."

But progressives criticized the strike as a continuation of decades of U.S. military aggression in the Middle East. Rep. Ro Khanna, D-Calif., said the president should not order strikes without explicit authorization from Congress, and was currently relying based on an "outdated" authorization of military force.

"This makes President Biden the fifth consecutive US president to order strikes in the Middle East," Khanna, a member of the House Foreign Affairs Committee, told CNN. "There is absolutely no justification for a president to authorize a military strike that is not in self-defense against an imminent threat without congressional authorization. We need to extricate from the Middle East, not escalate.

"I spoke against endless war with Trump," he added, "and I will speak out against it when we have a Democratic president."