The long-awaited U.S. intelligence report puts suspicion of many studying the case to rest 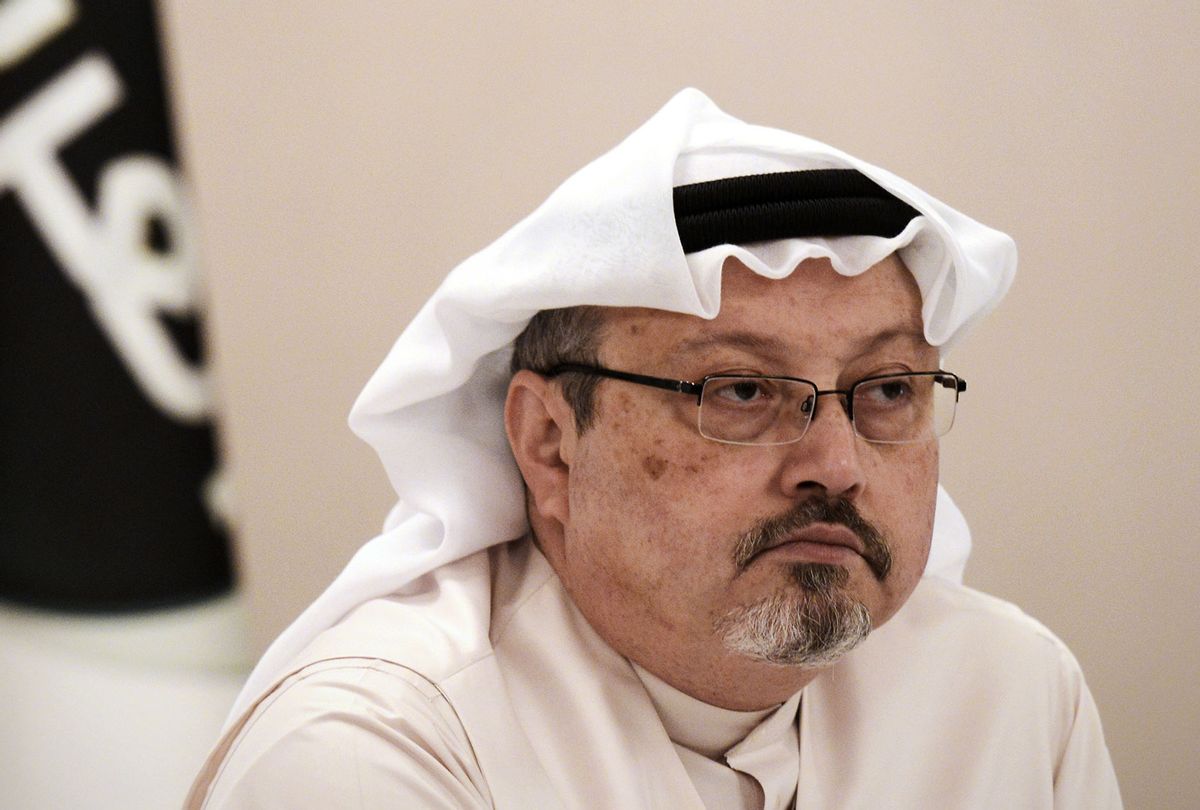 A general manager of Alarab TV, Jamal Khashoggi, looks on during a press conference in the Bahraini capital Manama, on December 15, 2014. The pan-Arab satellite news broadcaster owned by billionaire Saudi businessman Alwaleed bin Talal will go on air February 1, promising to "break the mould" in a crowded field. (MOHAMMED AL-SHAIKH/AFP via Getty Images)
--

"We base this assessment on the Crown Prince's control of decision-making in the Kingdom, the direct involvement of a key adviser and members of Mohammed bin Salman's protective detail in the operation, and the Crown Prince's support for using violent measures to silence dissidents abroad, including [journalist Jamal] Khashoggi," the reported stated.

Much of the evidence detailed in the report remains classified, although the report does make explicit mention of bin Salman's role in the murder. The conclusion was based on what intelligence officials knew about political activity within the Saudi Kingdom, including the involvement of one of the Crown Prince's key advisers, Saud al-Qahtani, as well as members of his security detail.

In advance of the report's release, President Biden reportedly spoke with Saudi King Salman, though the White House claimed no mention was made of the report; instead, two mainly discussed issues of regional politics in the Middle East.

On Friday, Press Secretary Jen Psaki told reporters that Biden hopes to "recalibrate our relationship" with Saudi Arabia, despite the President promising in his campaign that he'd make the country "a pariah" as a result of the killing.

Many Democrats, however, not expressed the same level of interest in tempering relations. Rep. Adam Schiff, D-Calif., argued that the report demands "serious repercussions against all of the responsible parties it has identified, and also reassess our relationship with Saudi Arabia." Sen. Ron Wyden, D-Ore., a member of the Intelligence Committee, also called for holding the Saudi prince accountable.

According to the report, Prince Mohammed "fostered an environment" of fear and hostility where any defiance of his orders might lead to persecution. "This suggests that the aides were unlikely to question Mohammed bin Salman's orders or undertake sensitive actions without his consent."

The report also implicates twenty-one other individuals in the killing. The hit team, it stated, "included seven members of Mohammed bin Salman's elite personal protective detail, known as the Rapid Intervention Force," which "exists to defend the crown prince, answers only to him, and had directly participated in earlier dissident suppression operations in the Kingdom and abroad at the crown prince's direction. We judge that members of the RIF would not have participated in the operation against Khashoggi without Mohammed bin Salman's approval."

In 2019, the prince claimed to take "full responsibility" for the killing given that it occurred under his watch. At the time, however, he denied any involvement of any kind.