A love letter to all the produce I haven’t picked

I know one day I'll be back in my beloved produce department, palming every last avocado and smelling all the plums 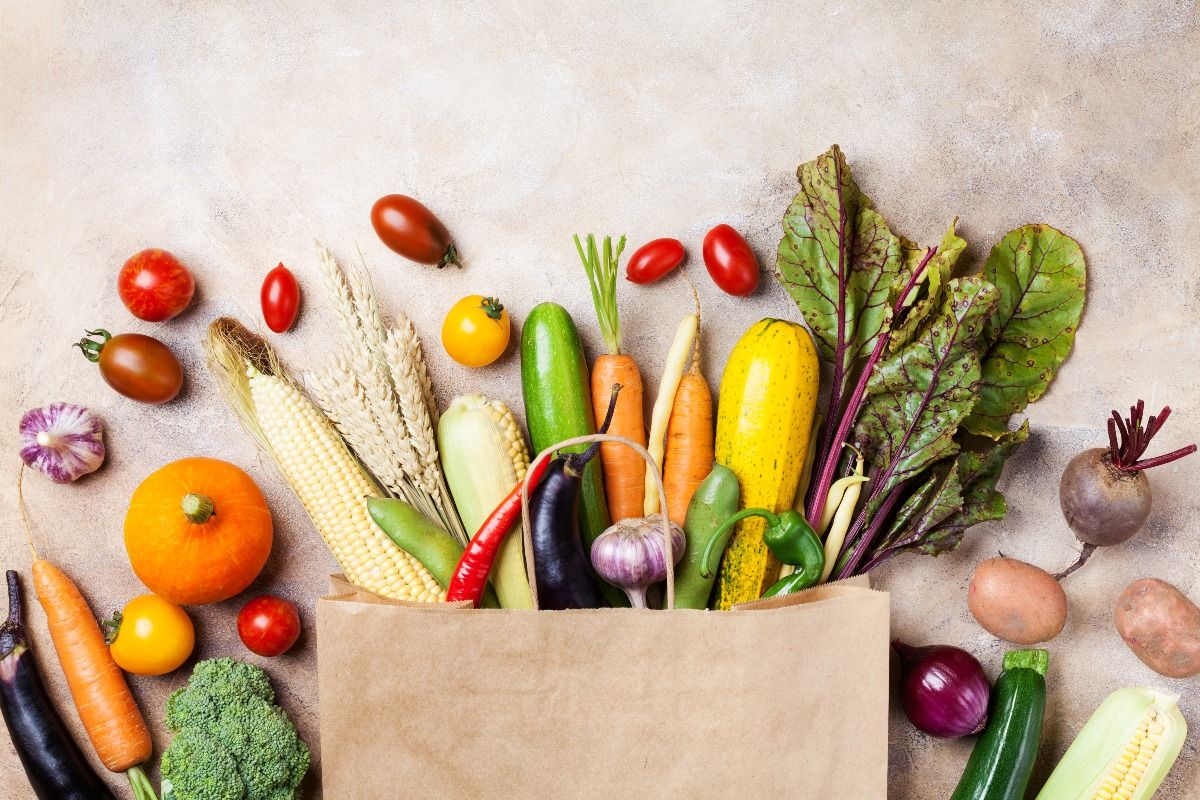 The last time I set foot in a grocery store — and my beloved produce department — was probably four months ago, just before COVID-19 numbers spiked in my home city of Chicago and sent us back into partial lockdown. Since then, I've queasily relinquished all grocery shopping to strangers with names like Shaun, Ruth and Amber, who shop dozens of orders daily for supermarkets directly or third-party couriers.

I'm grateful for this pricey convenience in a time of health-mandated house arrest, but I've never really gotten used to having someone else pick my produce. I watch helplessly as Marc with a "C" moves items to the shopped column. Did he thoroughly examine the arugula box for leaves with liquidy brown edges? Did he spot the little wrinkles near the jalapeño stem hinting it's past its prime? I want to believe he did.

In non-pandemic times, loitering in the produce section is equal parts compulsion and pleasure for me. I wander amid neat rows of cabbages, stacks of bundled herbs and cascading heaps of apples — aimlessly, my husband might argue. But I prefer to think of it as highly complex grocery foraging: I squeeze, compare and sniff for the choicest of everything on the list, while internally conjuring theoretical meals to justify all the off-list items I seem to have grabbed along the way.

RELATED: The pesky mushroom cookies I bake for Betsy, my late mother-in-law

"I think we got all the salad stuff," he says, eyeing the two massive bunches of escarole I just dropped into a cart already laden with two ruffly butter lettuces, a huge box of baby spinach, a bundle of kale and a pert little radicchio. I confidently reply (because I've rehearsed it), "I'm going to make that rigatoni with wilted escarole and meatballs."

Over the past year, we've repeatedly grappled with the overwhelming devastation and loss of a deadly pandemic. But we might overlook some of the more insidious ways COVID has robbed us of life's smaller, visceral joys — like, say, manhandling every last melon in the produce department or inhaling the tart perfume of a pint of peak-ripe raspberries. Understandably, we have to curb these kinds of impulses in a time when noses and bare hands might as well be radioactive.

This reality sunk in for me pretty theatrically, with what I've been calling "the peach incident." It was fairly early in both the pandemic and our fleeting Upper Midwestern peach season. I scanned the display for that reddish-tinged Goldilocks, plucked one and drew it to my condomed nose: nothing, meaning the inside was tasteless, mealy and horrible. As I lowered the spongy affront back toward the pile, I locked eyes with another shopper who fixed me with a — clearly, I thought — judgmental stare. Panicked, I dropped the trash-peach into my bag, grabbed a few more for insurance and moved on. (Postmortem: Only one tasted passable.)

I've had similar pandemic-shopping fails all over the produce department, rush-picking tomatoes with critter holes in the bottoms and grabbing half-smushed avocados to avoid handling them. Before long, I realized I hadn't really picked anything in months. Why was I clinging to my neutered agency?

I've come to think of this poor facsimile of grocery shopping a little like eating inside at a restaurant during a pandemic. Why put the (mostly hourly) staff of essential workers even more at risk for something that pales in comparison to the sumptuous real thing? Better to stay home, order pickup or delivery — direct when possible — and tip generously.

It's not all bad. Once, just once, I got paired up with the me of Instacart shoppers, named Paul. I assumed my usual anxious post, watching the "to shop" list tick down, when he messaged me: "Do you prefer your avocados ready to eat or a bit underripe?" Minutes later, the cherry tomatoes looked subpar; would I prefer these taught, faultless tomatoes on the vine he sent me a photo of? By the time he asked me if I meant to select two heads instead of two pounds of broccoli, I started crying, adjusted his tip to 25% and debated asking for his cell phone number so he could shop for me again. (Thankfully, my husband advised this was inappropriate.)

They can't all be Paul, so these days I build grocery lists more defensively: with sturdy greens like romaine and collards, apples, hearty brassicas and lots of storage-ready root vegetables. More importantly, though, I care way less about using middling produce than I once did. I blitz half-turnt arugula into pesto, blister old-ass green beans in a skillet and toss them in chile crisp, and I use the questionable remains of my dark greens to make 15-minute saag paneer with cubed feta. Withery-ended carrots join flimsy celery stalks, half an onion and a roast-chicken carcass for quick chicken stock.

Occasionally, the old Type A rage still gets the better of me. A few weeks ago, I took several incriminating photos of a bag of rotting, pre-washed mustard greens days from their expiration date — muttering furiously about "the goddamn nerve" as I salvaged the few leaves free of brown slime and quick-pickled them. After all that, I was too tired to write the strongly worded email I'd planned for Kroger, despite the promise of — what exactly? — a $3.50 coupon and moral superiority? Another time, I flew into a rage when "Kevin" marked that the store was sold out of kale on what I knew was a shipment day.

"See that? He claims there's no kale, like not even curly," I seethed. "That would be like KFC running out of f*cking chicken!" (The jury's still out on what might've motivated Kevin to commit such deception.)

I don't know what sort of collective unease awaits us post-vaccine, as we edge back into semi-normalcy and its tangible, everyday joys. How will we feel walking into a bustling restaurant unmasked or packing in shoulder to shoulder at our favorite bar? Will we deny our impulse to grab fresh fruit in our hands, turn it and inhale its mouthwatering perfume?

Whether it takes another month or 10, I know one day I'll be back in my beloved produce department, palming every last avocado and smelling all the plums. I'll sift through the loose portobellos, irritatingly bagging the choicest mushrooms one by one, then wander over to the technicolor stacks of hot and sweet peppers while dreaming up relishes and roasted pestos. I might even stop for an orange slice sample or a broken tortilla chip with housemade pico de gallo — it is a special occasion after all.

I apologize in advance to my fellow shoppers in a rush that day.