Virginia GOP candidates woo the Trump base with transphobic hysteria 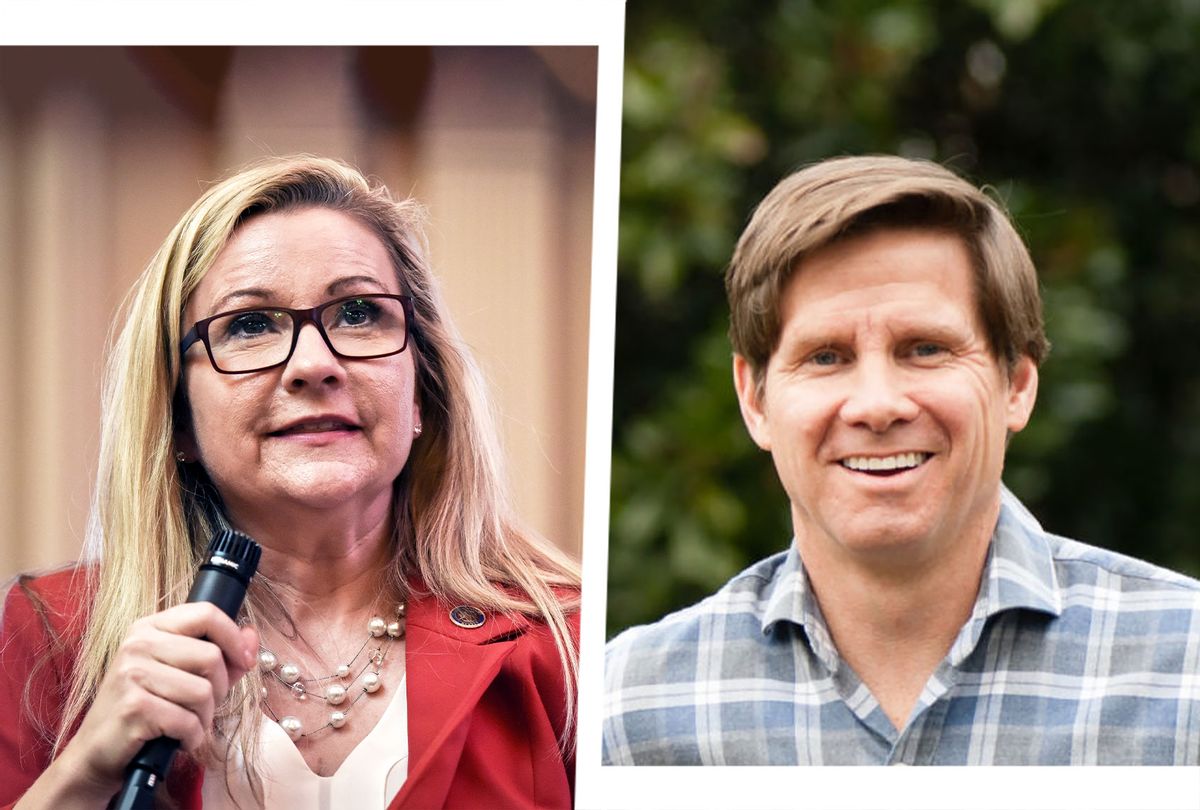 Just as former President Donald Trump prepared to walk on stage in Orlando on Sunday to — among other things — decry the participation of transgender athletes in girls' and women's sports before the audience at the Conservative Political Action Conference, Republican candidates nearly 1,000 miles away deployed similar anti-LGBTQ rhetoric that's grown increasingly popular among GOP officeholders.

Transgender bathrooms in schools, Virginia gubernatorial candidate Pete Snyder told conservative attendees of the Fredericksburg Area Patriots Forum, could lead — via some not-quite-explained chain of events — to his daughter being cut from her school's sports team.

Snyder called out the "ridiculous policies that the left is pushing at us, to try to have transgender bathrooms in our schools." An attendee asked the candidates about how they would handle "teaching what's proper" in the state's education system when it comes to handling topics of race and sex.

"I missed my daughter's lacrosse practice today; first time ever," Snyder continued. "Well, guess what: There is no way I'm going to come home to her three years from now and have to see her crying because she got cut from the team or isn't even starting because someone two weeks ago used to be a dude. I'm sorry, not happening on my watch."

The remarks from Snyder, an entrepreneur and former Fox News contributor whose campaign did not respond to a request for comment, elicited similar responses from some of his opponents. Most of the half-dozen Republicans vying for the state's top political post participated in the forum, according to video of the event.

State Sen. Amanda Chase, a self-described "Trump in heels" candidate who has said the Jan. 6 attack on the U.S. Capitol was justified, said her kids were home-schooled to escape from the "leftist indoctrination" of public schools. Sergio de la Peña, a former Trump Pentagon official, warned of the "destruction of women's rights" and questioned whether the crowd wanted their "7-year-old daughter to go into the bathroom with an 18-year-old man." Merle Rutledge Jr., a small government activist, said there should be an "opt out" choice for sex education in schools.

Rutledge was the only candidate who spoke at the forum to respond to Salon's requests for comment. He denied that his remarks were anti-LGBTQ and said no one should be afforded "special treatment."

The anti-LGBTQ rhetoric and slippery slope argument was not only reminiscent of the ex-president and de facto party leader's remarks Sunday night at CPAC, but they represented more broadly a stance taken by many Republicans on a hot-button issue that riles up the base. The GOP candidates are running to replace Gov. Ralph Northam, a Democrat who cannot serve back-to-back terms due to the state's constitution. Once considered a swing state under former President Barack Obama, Virginia but has since become a Democratic stronghold for statewide and federal officeholders.

Last week, Virginia lawmakers banned defendants accused of assault or murder against an LGBTQ person to use the victim's perceived or actual gender identity or sexual orientation as a legal defense.

Republicans have blamed Democrats for breathing new life into the LGBTQ discussion in the wake of the House passing the Equality Act last week — landmark legislation that bans discrimination against members of the LGBTQ community — amid the pandemic. Just three Republicans voted with all Democrats in the lower chamber to pass the bill.

Republicans, particularly those who more closely align themselves with Trump, used the opportunity as a springboard to warn that LGBTQ protections would act as a slippery slope and erode the rights of others.

Trump dug into that argument at virtually the same time that Snyder and his GOP opponents were trying to outgun one another for their party's support. Trump broadly billed LGBTQ legislation as an attempt by the Biden administration and Democrats to "destroy women's sports," prompting boos from the crowd.

"Lot of new records are being broken in women's sports. Hate to say that, ladies," Trump said. "For years, the weightlifting, every ounce was like a big deal for many years. All of a sudden, somebody comes along and beats it by a hundred pounds. Boom, boom," he continued, pretending to lift weights.