No, Joe Biden and schools didn't "cancel" Dr. Seuss – but the right wants you to think they did

Would you, could you cancel Dr. Seuss? One book, six books have been set loose 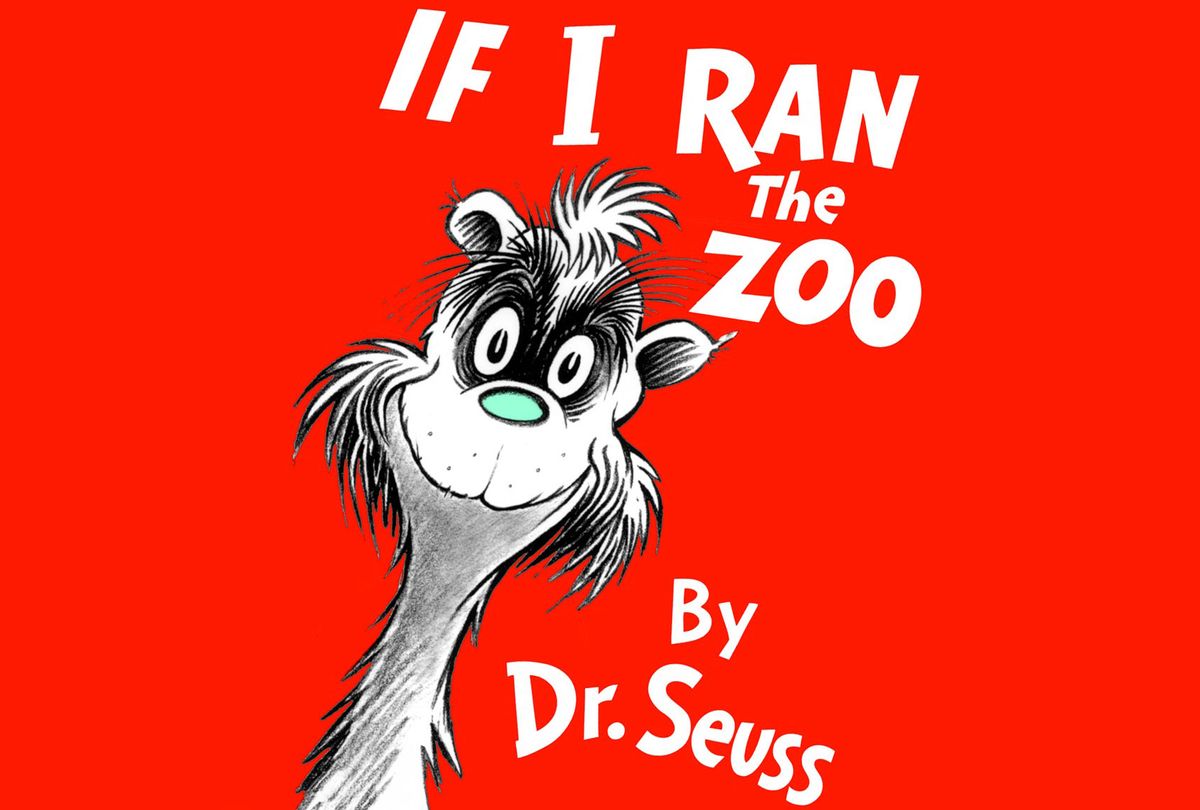 If I Ran The Zoo by Dr. Suess (Book cover courtesy of the Dr. Seuss Media Center)
--

Several books by the late children's book author Dr. Seuss, including "And to Think That I Saw It on Mulberry Street" and "If I Ran the Zoo," will no longer be published due to racist and insensitive imagery, The Associated Press reports.

The rest of the books affected include "McElligot's Pool," "On Beyond Zebra!" "Scrambled Eggs Super!" and "The Cat's Quizzer."

According to the AP, "And to Think That I Saw It on Mulberry Street," portrays an Asian character with slanty eyes wearing a conical hat, holding chopsticks and eating from a bowl, while "If I Ran the Zoo" includes a drawing of two bare-footed African men wearing what appear to be grass skirts with their hair tied above their heads.

While Dr. Seuss — who was born Theodor Seuss Geisel on March 2, 1904 — remains beloved by many, some of his work has drawn criticism in recent years for his depictions of people of color, including his earlier advertising and propaganda illustrations.

In 2017, Liz Phipps Soeiro, a school librarian in Cambridge, Mass., wrote an open letter to Melania Trump after the first lady had given Soeiro's school 10 Seuss books. Soeiro thanked Trump for the books but indicated they would not be kept in the school's collection, in part because of the "racist propaganda, caricatures, and harmful stereotypes" present in Seuss' work.

The next year, a Massachusetts museum dedicated to Dr. Seuss replaced a mural that included the illustration of the Asian character from "And to Think That I Saw It on Mulberry Street." This came after children's authors Mike Curato, Lisa Yee and Mo Willems said they would boycott an event at the museum because of the "jarring racial stereotype."

However, much of the discussion about the merit and shortcomings of Seuss' work remained largely in academic and literary circles — until The Daily Wire, the conservative news site co-founded in 2015 by Ben Shapiro, wrote an inflammatory article titled "Oh The Places The Woke Will Go" claiming that Virginia's Loudoun Public School system was "cancelling" Dr. Seuss.

In a statement the school district responded, "Dr. Seuss books have not been banned and are available to students in our libraries and classrooms, however, Dr. Seuss and his books are no longer the emphasis of Read Across America Day in Loudoun County Public Schools.

"Research in recent years has revealed strong racial undertones in many books written/illustrated by Dr. Seuss. Examples include anti-Japanese American political cartoons and cartoons depicting African Americans for sale captioned with offensive language," the statement continued. "Given this research, and LCPS' focus on equity and culturally responsive instruction, LCPS provided this guidance to schools during the past couple of years to not connect Read Across America Day exclusively with Dr. Seuss' birthday."

Regardless, this development became a lightning rod of sorts for right-wing commentators, many of whom were obviously still raw from last week's Potato Head debacle; many characterized the school's decision as an example of "cancel culture" or the indulgence of overzealous social justice activists.

For example, Republican Rep. Madison Cawthorn of North Carolina — who is currently facing a string of sexual misconduct allegations, as well as an accusation that he lied about the car crash that left him partially paralyzed years ago — appeared on Fox and Friends on Tuesday morning to discuss the perceived cancellation of Dr. Seuss.

"Well brother, I was going to the gym after this, but I don't have to because I'm already fired up," Cawthorn said. "This 'cancel culture' does not help us. If we want to heal America and end this major partisan divide, we need to stop cancelling our neighbor and actually go out and communicate with them."

The hosts, it should be noted, did not ask about the allegations leveled against Cawthorn. They were, however, incensed by President Joe Biden's decision to break tradition and omit mention of Dr. Seuss from his proclamation on Read Across America Day. The Read Across America program, launched by the National Educators of America (NEA) in 1998 to promote children's literacy, has long been associated with Geisel's birthday, both of which are celebrated on March 2.

"One of the reasons we partnered with Seuss 20 years ago in 1997 was to kick-start this program. That was the strategy up front, so kids would see Dr. Seuss's 'Cat in the Hat' and spark some attention" Steven Grant, an NEA spokesperson and manager of the Read Across America program, told the School Library Journal in 2018.

However, Grant said at the time that the NEA was already planning to shift towards showcasing more diverse books, as well as promoting year-round literacy initiatives.

Additionally, as Dr. Seuss Enterprises told AP, the decision to cease publication and sales of the books was actually made last year after months of discussion; it wasn't made hastily or in response to any particular school district's views on the books.

"Dr. Seuss Enterprises listened and took feedback from our audiences including teachers, academics and specialists in the field as part of our review process. We then worked with a panel of experts, including educators, to review our catalog of titles," it said.