Hawley bragged about defying the election results during CPAC. Kinzinger wasn’t having it 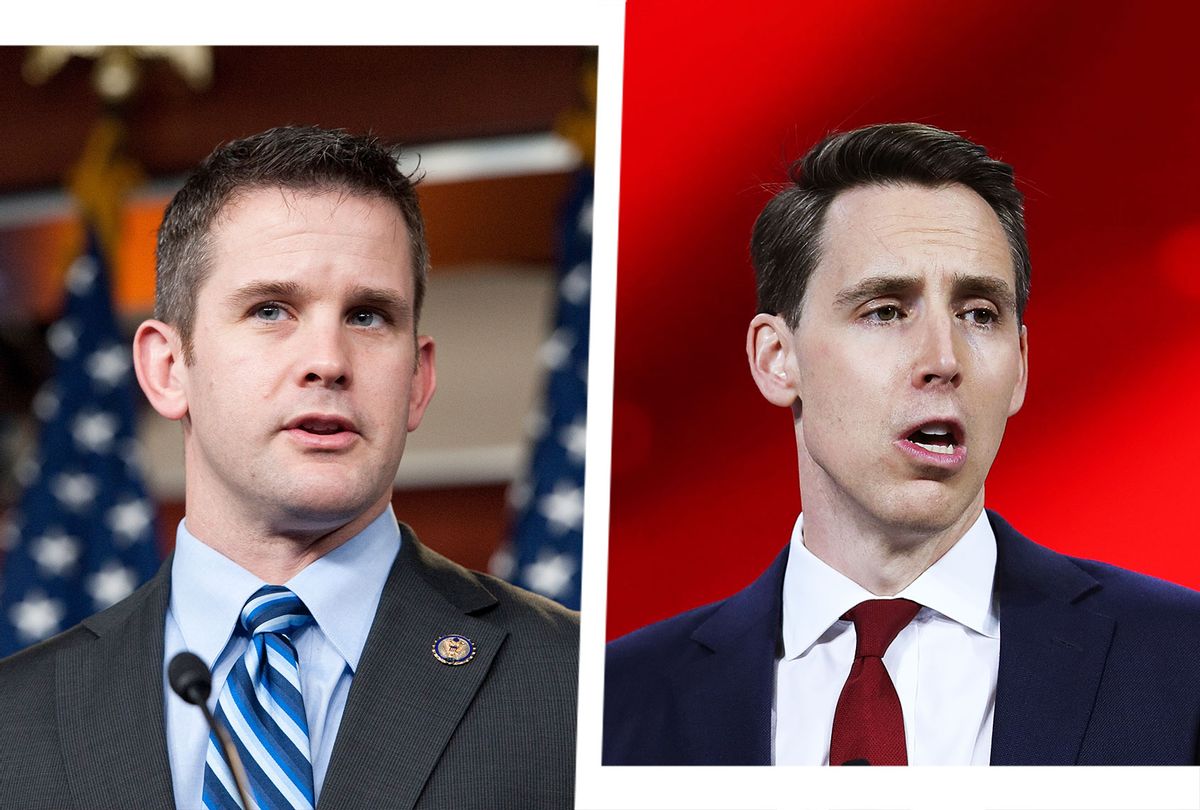 Anti-Trump Republican Rep. Adam Kinzinger tore into fellow Republican, but leader of the so-called insurrectionist caucus of the GOP, Sen. Josh Hawley, R-Mo., for bragging about his efforts to overturn the election during his speech at CPAC on Friday.

During a CNN interview, Kinzinger was asked whether he expects to get answers from FBI director Christopher Wray's hearing before the Senate Judiciary Committee, of which Hawley is a key member, on Tuesday. The Committee hopes to uncover more information behind the Capitol's security breakdowns during the Capitol riot.

"I think we'll get some answers," Kinzinger said. "But look, all you have to do is see Josh Hawley's smug face at CPAC. There are five people dead, two that took their own life on top of that, as a result of what you did. It was embarrassing for us around the world."

The Representative imitated Hawley, "''You might have seen I rejected the…' And everybody's — and he's out there, like, feeling great about it. Like, there are five people dead, two that took their own life on top of that as a result of what you did," Kinzinger added. "It was embarrassing for us around the world."

Sen. Hawley was one of the dozen or so Senators that protested the Electoral College's election certification on Jan. 6, citing entirely baseless allegations of widespread, systematic election fraud. Hawley was slammed just weeks ago for tuning out during Trump's second impeachment trial. Many accused him of reading non-impeachment related material during the trial, with his feet propped up on the seat in front of him as he watched the proceedings from the visitor's gallery.

Kinzinger, one of the nine House Republicans who broke ranks by voting to impeach Trump, has drawn sharp divides within the Republican Party. On Monday, Rep. Kinzinger formally launched an anti-Trump super PAC aimed at "defending Republican members of Congress who took a vote of conscience in favor of impeaching or convicting President Trump [...] Supporting these members," the PAC said, "is a commitment to standing for truth and a strong democracy."