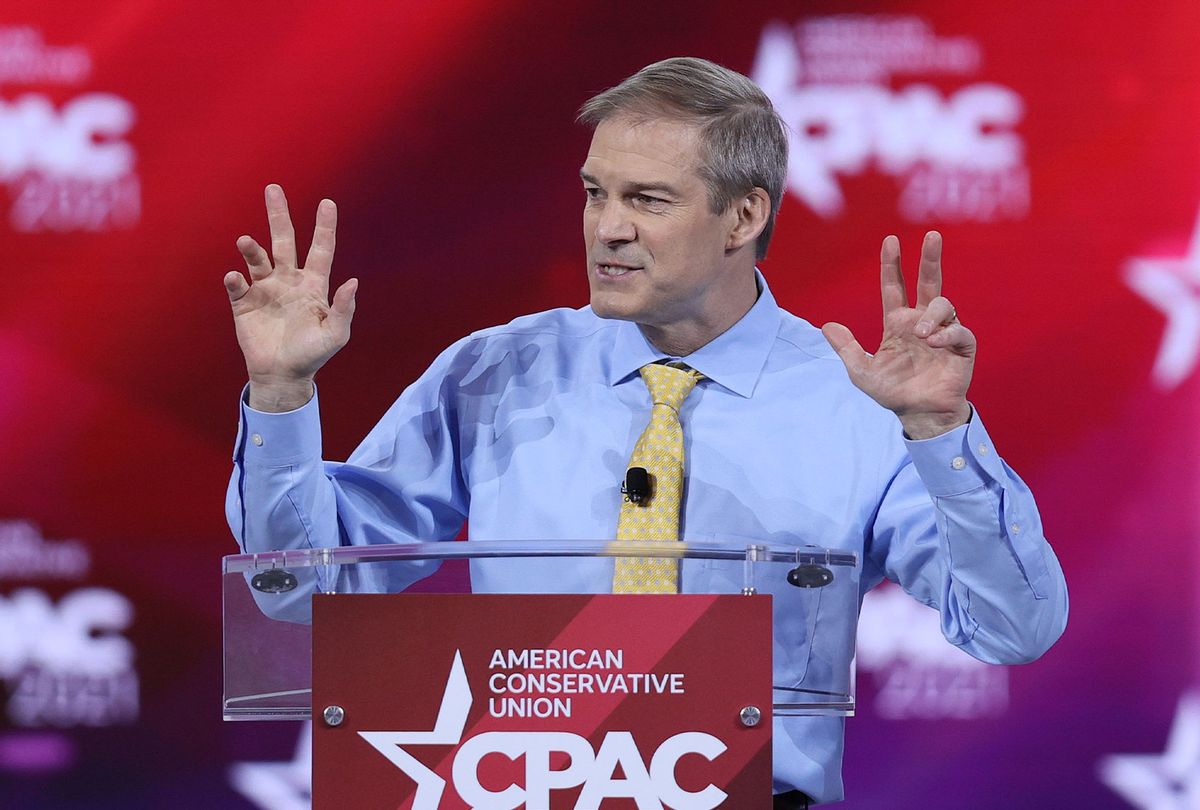 But Jordan has been far from the only Republican or prominent conservative voice to pretend that such a baseless assertion is reality on Twitter, the social media site where such falsehoods have spread like wildfire. Several other Republicans and Trump allies have circulated — or at least appeared to entertain — the same narrative.

The top Republicans on the House Administration, Intelligence and Oversight Committees — Reps. Rodney Davis of Illinois, Devin Nunes of California and James Comer of Kentucky, respectively — signed onto a Feb. 15 letter to Pelosi along with Jordan, the ranking member of the House Judiciary Committee.

The letter, which came the same day as Jordan's false tweet about Pelosi delaying the National Guard, speculated by suggesting that then-House Sergeant-at-Arms Paul Irving had been concerned about the "optics" because of Pelosi.

"It's finally come out that Nancy Pelosi specifically directed National Guard to stay off Capitol grounds on January 6th because of 'optics,'" Cawthorn wrote. "Pelosi was more concerned about optics than the safety of her colleagues and the American people."

".@SpeakerPelosi," Greene posted, sharing a Daily Caller story that echoed the GOP letter about optics," did you deny National Guard at the Capitol???"

The claims have been undercut, most notably by public testimony from Irving, former Senate Sergeant-at-Arms Michael Stenger and former U.S. Capitol Police Chief Steven Sund on Feb. 23 before a Senate committee. Pelosi's office has also said that the speaker approved National Guard troops — a topic not discussed with her prior to the riot — as soon as Irving made the request when the Capitol was being overrun.

Irving testified that deploying National Guard troops was not discussed with congressional leadership until Jan. 6, and that "optics as portrayed in the media played no role whatsoever in my decisions about security." Stenger confirmed that he had also not discussed the matter with Sen. Mitch McConnell, R-Ky., who at the time was majority leader, before that day.

None of the Republican offices whose members have circulated the Pelosi narrative immediately responded to requests for comment. Jordan's office had pointed the Post to the Feb. 15 letter he signed.

Despite evidence to the contrary, the idea that Pelosi delayed federal assistance to the building where lawmakers, staff and journalists were hiding for their lives continues to be circulated. Now, Trump himself has even helped disseminate the baseless claim.

In an interview with Fox News late Sunday, Trump falsely said he "requested" 10,000 National Guard troops, an assertion that earned him four Pinocchios from the Washington Post.

"I requested … I definitely gave the number of 10,000 National Guardsmen, and [said] I think you should have 10,000 of the National Guard ready," Trump said. "They took that number. From what I understand, they gave it to the people at the Capitol, which is controlled by Pelosi. And I heard they rejected it because they didn't think it would look good. So, you know, that was a big mistake."

An official Defense Department planning and execution memo makes no mention of the supposed troop order, and a Pentagon spokesperson confirmed on the record to The Post that the agency had "no record of such an order being given."

It was not the first time that Trump mentioned a 10,000-troop order. It was first documented in a Vanity Fair story from January. But as the Post highlighted, simply referencing the idea is not the same as acting on it, as the then-president did when he ordered troops to be stationed throughout the nation's capital last summer amid unrest in the wake of George Floyd's killing.