Republicans wage a misinformation campaign against H.R. 1 as the House vote approaches 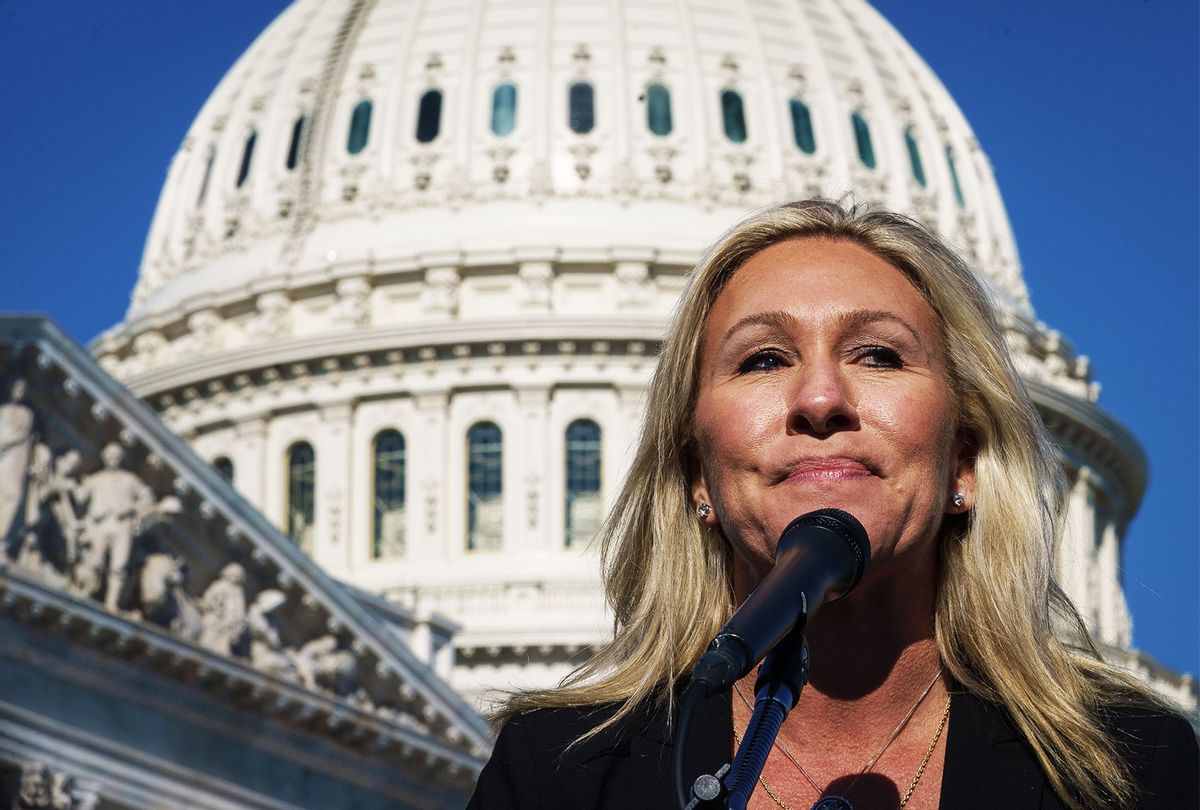 On Wednesday, the House is set to vote on H.R. 1, the so-called "For the People Act," a Democratic-backed reform bill that promises to overhaul voting rights, election security, Congressional ethics, and more. Democrats have hailed the bill as a landmark piece of civil rights legislation that would rectify the dearth of accountability and transparency within the electoral process, while Republicans have protested it as an "unraveling of our Democracy."

Already-infamous freshman Rep. Marjorie Taylor Greene, R-Ga., was particularly outspoken about what she thought was at stake.

Greene argued in a floor speech on Tuesday that "the real voter suppression" does not take place at the polls, but rather, in the halls of Congress, where she thought members are "treated very disrespectfully" by having to accord with coronavirus restrictions and pass through metal detectors.

"Standing in line to vote is not voter suppression," she added, "It's just part of the voting process, just like people stand in line to buy groceries."

"Going to the House Floor to vote these days…," she wrote, with a gif of "The Office" character Dwight Schrute stripping down to his underwear.

Other House Republicans echoed the spirit of Greene and Boebert's sentiment but focused on specific aspects of the bill itself.

Rep. Rodney Davis, R-Ill., challenged H.R. 1 on the basis of the First Amendment, arguing that the bill's curtailment of dark money in campaign finance is an "egregious" violation of freedom of speech. Davis wrote that it would "disadvantage all groups who wish to advocate on behalf of any legislative issue, specifically requiring them to disclose the names of donors who donate above a certain threshold."

The "Democrats' election bill is not designed to protect your vote," he said, "It's designed to put a thumb on the scale in every election in America so that Democrats can turn a temporary majority into permanent control." However, the bill largely aims to do just the opposite; it aims to expand voting for much of the American public by allowing felons to vote, for instance, and automatically designating colleges as voter registration agencies.

Several Republicans have warned that H.R. 1 will "federalize election," and therefore compel taxpayers to bankroll related expenditures. Rep. August Pfluger, R-Tex., tweeted on Monday, "Taxpayers should absolutely not be paying for Congressional campaign ads. Just one of many outrageous provisions in #HR1." Rep. Jim Jordan similarly expressed over Twitter, "The Democrats' new election bill will allow politicians to use your tax dollars to pay for their campaigns. In other words, you may have to pay for Chuck Schumer and Nancy Pelosi to get re-elected. Insane." However, the bill's chief sponsor Rep. John Sarbanes, D-Md., has made clear that such any public expenditures will be paid for by a "surcharge on corporate law breakers and wealthy tax cheats."

H.R.1 was introduced in 2019 and was passed by the House with no hope of getting through the then Republican-majority Senate. But now, with the 50-50 Senate split, it appears that H.R.1 is better positioned to end up on President Biden's desk.

With the House expected to vote on H.R.1 late Wednesday, Democrats anticipate near-unanimous support from their party. However, most bills of this nature require a sixty-member vote in the Senate to pass, meaning that ten Republicans will have to break ranks –– a move that appears extremely unlikely given the torrent of opposition already expressed by Republicans in the Senate. One way Democrats could force the bill through, as Salon's Amanda Marcotte notes, is by "nuking the filibuster," a maneuver strongly favored by progressives. Albeit, the move would require a simple majority in the Senate. At least two Democrats have expressed opposition to the idea, casting doubt over its political potential.