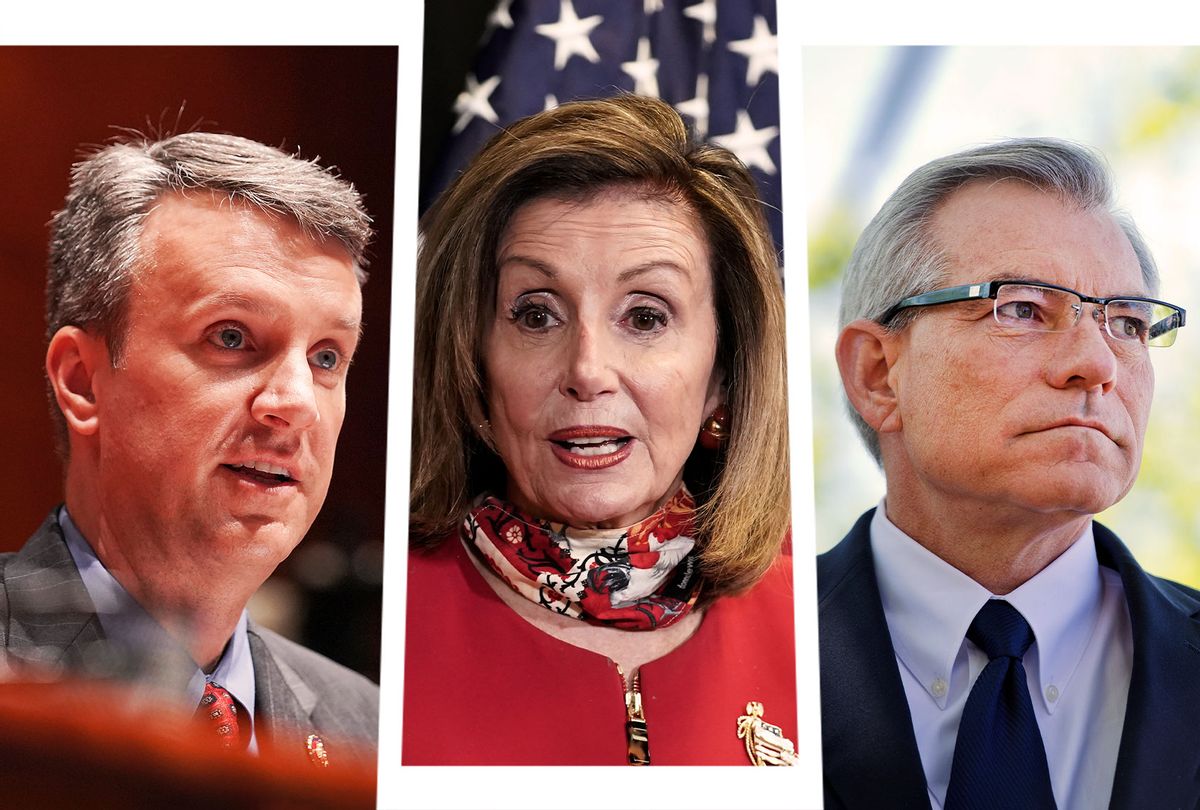 A flurry of criticism and misleading rhetoric from Republicans aimed at House Democrats' sweeping anti-corruption bill, known as H.R. 1, appears to have been successful in forcing changes to the legislation.

The measure, which is expected to pass the House this week, is a top Democratic legislative priority that includes reforms to campaign finance, voting and ethics laws meant to curb corruption and gerrymandering. But amid heightened concerns over Republican levied at some of the slim Democratic majority's most vulnerable members, House leaders have reportedly amended the campaign finance provision.

Republicans have portrayed the broad bill as a corrupt Democratic endeavor to divert "taxpayer money" directly into their campaign coffers and federalize the nation's elections, which are almost entirely controlled at the state level.

"It's wrong for House Democrats to try to use your taxpayer dollars to fund their own political campaigns," Rep. Ben Cline, R-Va., said.

Rep. David Schweikert, R-Ariz., who was fined $50,000 for his office's misuse of taxpayer money, said the bill would "use taxpayer dollars to fund political campaigns."

Those claims are not accurate. The legislation would utilize public funding — not taxpayer money — from criminal and civil penalties to match small-donor contributions, with the intentio of minimizing the influence of wealthy donors and special interest groups. The nonpartisan Congressional Budget Office has determined that such fines and penalties would "generally apply only to organizations," because only the wealthiest Americans who face such punishments would actually pay them.

Still, Republicans have asserted — or at least implied — that taxpayers would be on the hook for funding political campaigns. The GOP-aligned American Action Network launched attack ads in dozens of House districts, many of which are represented by the most vulnerable Democrats in the chamber.

"This bill is nothing more than a shameful attempt to shovel public funds to the campaign coffers of corrupt Washington liberals," AAN President Dan Conston said in a statement Monday. "Especially in a time of unparalleled health and economic crisis, public funds should be used to help end the suffering of this pandemic — not to help Washington politicians get re-elected."

These GOP talking points, although broadly misleading if not flat-out false, have apparently been successful. Democratic leaders reached a deal with more moderate members of the caucus, including some of those targeted by the AAN attack ads, to alter the language so it was clear that the public campaign financing program would not receive taxpayer money, according to Politico. Lawmakers will also be able to opt out of the matching program.

In a sense, this Republican strategy — and the subsequent tactical retreat by Democrats — was reminiscent of the sort of successful "big government" attacks the GOP frequently deploys against legislation it opposes.

Still, as Politico noted, the language change surrounding the public funding portion using non-taxpayer money does not alter the actual meaning of the bill. That's because taxpayers would have never been on the hook in the first place. Some top GOP aides still appear to sense blood in the water. House Democrats already passed H.R. 1 under the previous Congress — with a much larger majority — but swing-district members now face heightened scrutiny with one party narrowly controlling all of Washington.

Michael McAdams, the NRCC communications director, warned that Democrats "will pay the price for backing a corrupt bill that will funnel" millions of dollars in public funds to their campaigns.