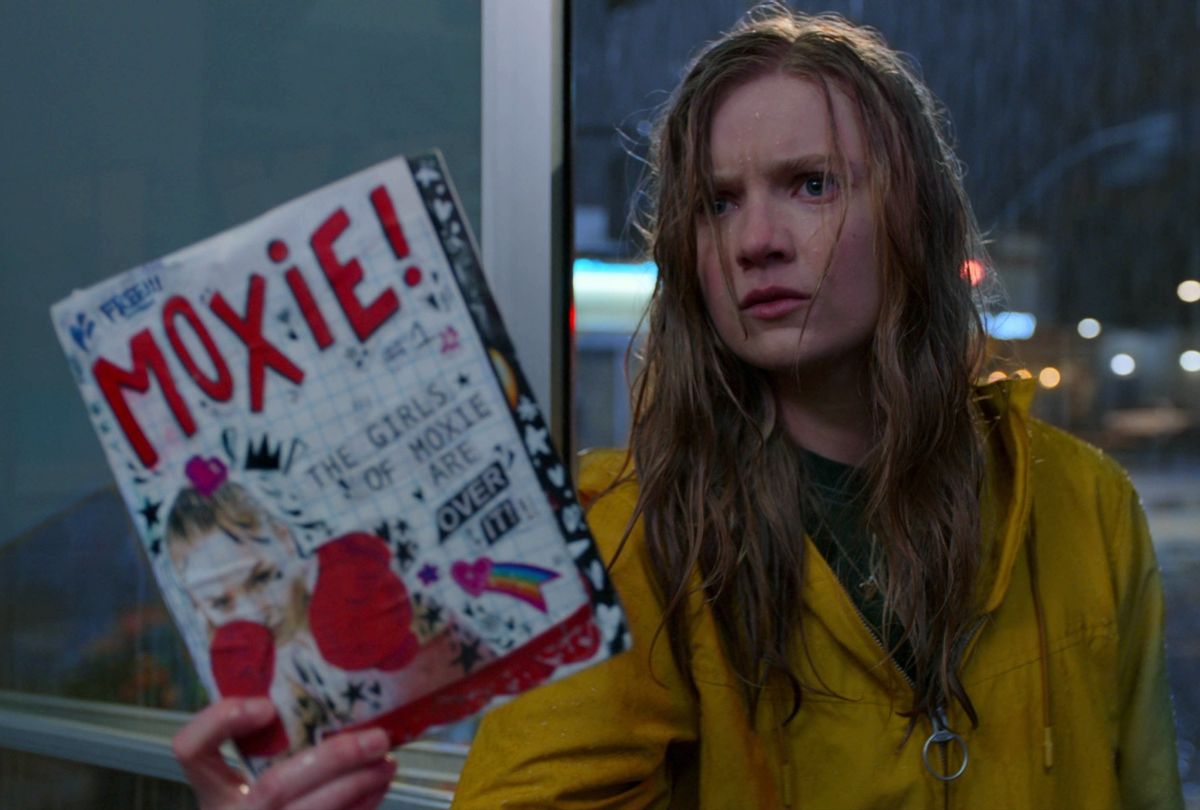 Feminism as a brand sells fashion, music and movies.

Somewhere in between these two truths sits "Moxie," Amy Poehler's cinematic celebration of riot grrrls, cropped motorcycle jackets and the awesome power of the 'zine. Remember those? Probably not, if you were born any time after, I don't know, 1985? (Kids, "zines" are the olds' versions of blogs, the grandparent to Facebook, which is the obsolete version of your Instagram feed.)

But to women of a certain age those do-it-yourself mags were lifelines, a low-to-no cost entry to secret rebellion and place of belonging ignored by your corporate glossy-mag worshipping classmates. If you remember them – hell, if you made one – "Moxie" exists for you. The cast may be around your daughter's age, but don't be fooled. It is a temple to a certain kind of '90s-era Third Wave white feminist whose main goal at age 16 was to "smash the patriarchy," as Poehler's mom character Lisa casually puts it.

Lisa says this while digging into a pint of her favorite flavor of Umqua ice cream and relaxing into her couch (feeling seen yet, fellow Xers?) while daughter Vivian (Hadley Robinson) flails about for a way to stand up to the rampant, unchecked sexism making her high school life a living Hell.

Of course, when Lisa was 16 she probably only had a very basic concept of what constitutes "the patriarchy" and the actions required to smash it. This guess is based on faded memories of adolescence, additionally informed by the fact that Lisa keeps these remnants of her past cool existence in a sticker-covered vintage suitcase that Vivian unearths just in time to save her school.

Vivian's heroism is also somewhat a matter of happenstance. At first she and her similarly introverted best friend Claudia (Lauren Tsai) are struggling to figure out what they'll write for the essay portion of their college applications. Claudia is entirely on top of her game; Vivian is not. But then a nasty ranking list assigning superlatives to all the young women at school, an annual tradition, posts on social media. Vivian gets off light with the title of "Most Obedient." Other girls aren't so lucky, as their names are associated with their body parts or their sexuality. One young woman is called the C-word.

The faculty's reaction to all of this is a shrug. Vivian responds by transforming scissors, markers and a glue-stick into weapons and birthing her Moxie, a 'zine taking aim the most aggro boys; also, the patriarchy. She runs off photocopies of pages and leaves them in the girls' bathroom, byline free, to be stumbled upon. The mystery of who is responsible for Moxie quickly grows a movement around it. 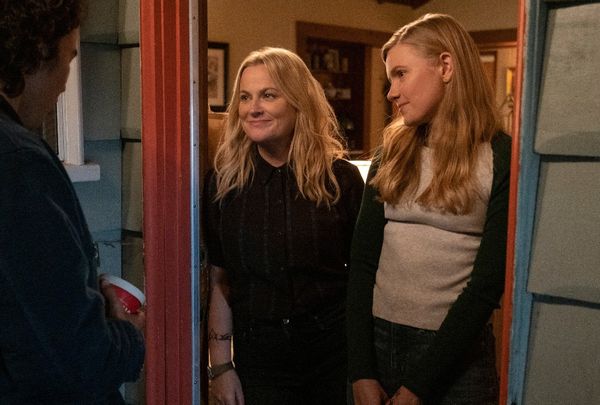 "Moxie" is one of those movies a person who lived through and/or loves the time period that Poehler and screenwriter Tamara Chestna reference really wants to be wildly fantastic, especially in a time like this where we need a punch of upbeat energy. Unfortunately it is so caught up in the Gen X mom's fantasy of either what they wish they were like when they were their teen daughter's age, or wishes their teen daughter would be like that it forgets to develop its characters beyond the archetypes they represent.

The era "Moxie" channels also happens to be defined and blessed by a number of defining films that show it up at every turn. "Clueless," "Bring It On," these are just a few movies vibrating with a feminist energy and memorable personalities that informed every empowering teen girl flick that arrived in their wake.

An apples-to-apples comparison with these teen-targeted movies or "Mean Girls," which gets a shout-out in the script, does this story no favors.

Frustratingly "Moxie" merely plays at rioting by placing Robinson's mousy Vivian in the invisible heroine role and only granting her a semblance of psychological range. Wallflower status is useful, in that it allows her to witness the abuses suffered by new student Lucy Hernandez (Alycia Pascual-Peña), an Afro-Latina woman who is immediately harassed by Mitchell Wilson, the smug, handsome white poster boy for entitled mediocrity played by Patrick Schwarzenegger.

Lucy is also one of a number women of color who are overlooked, neglected and threatened as Moxie grows from a 'zine to a movement, several of whom are targeted as Vivian churns out aggressive (wo)manifestos from the safety of her anonymity.

Schwarzenegger is a flawless casting choice here, not only for his punchable good looks for but the utter ease he pours into Wilson as he smoothly inflicts violence onto Lucy and generally punches down at everyone, including teachers. Even the principal (Marcia Gay Harden) is reluctant to do anything about Wilson's sociopathic behavior, refusing to allow Lucy to even use the word harassment when she attempts to report him. Not only is this bizarre, it's also barely believable.

Of course there are plenty of established examples of high school and college administrators looking the other way when women present cases of harassment or sexual assault which, yes, pops up in this storyline. But the one-dimensionality of Harden's principal is almost comedic and at the same time nowhere near to the level of funny for her willful enabling of misogyny to come off as satire. Ike Barinholtz's barely engaged English teacher Mr. Davies fares slightly better, but the actor's charm deserves the credit for the character's appeal, not the script.

None of the young women and men in "Moxie" receive much in the way of layering or nuance besides Vivian and her mother, in fact. Vivian's crush Seth Acosta (Nico Hiraga) is kind and sweet and prosaic and forgettable. The little we see of Claudia's mother borders on stereotype. Claudia is Vivian's best friend, remember, and yet she is barely present for long enough to render any impression of individuality.

Arrange all these pages and you get a harmless entirely flat, banal narrative that demonstrates all the ways that society fails women, that takes a curious left turn near the end and hints that at least one of its villains will receive their just deserts – and yet, pitches enough of the joy of being a girl to make it bearable. "Moxie" wants to capture the spirit of youth revolt but alas, this is without a doubt your mother's film.

"Moxie" is currently streaming on Netflix.