Maddow: Chao is one of four Trump cabinet members referred for criminal prosecution for corruption 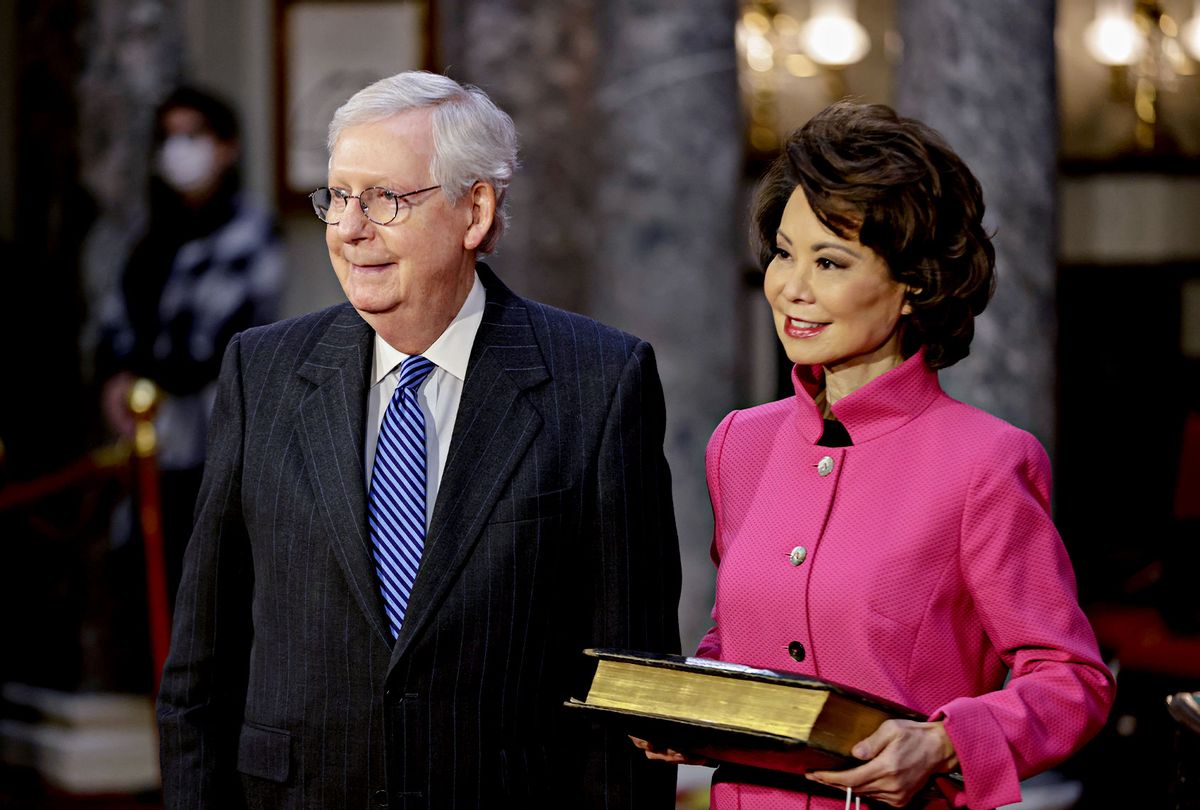 Senate Majority Leader Mitch McConnell (R-KY) waits to be sworn-in with his wife Elaine Chao, U.S. Secretary of Transportation, at the U.S. Capitol on January 3, 2021 in Washington, D.C. The 117th Congress begins today with the election of the Speaker of the House and administration of the oath of office for lawmakers in both chambers, procedures that will be modified to account for Covid-19 precautions. (Samuel Corum-Pool/Getty Images)
--

On MSNBC Wednesday, Rachel Maddow outlined how the inspector general referral of former Secretary of Transportation Elaine Chao to the Justice Department for potential criminal prosecution was part of a pattern of Trump administration Cabinet secretaries being implicated in possible criminal conduct and let off.

"In this letter explaining the actions of their office, inspector general's office says they started an investigation into Elaine Chao in 2019 and decided some of the allegations were serious and substantive enough they required a criminal referral to the Justice Department and made that referral based on the findings of the investigation," said Maddow. "Waning days of the Trump administration, during the transition, a month before Biden was sworn in as president, the Trump Justice Department receives criminal referrals to potentially prosecute Mitch McConnell's wife, Elaine Chao, and quietly decline that prosecution."

"What other president in one term was effective enough to have four different Cabinet secretaries, at least, referred for criminal prosecution for corruption?" added Maddow.