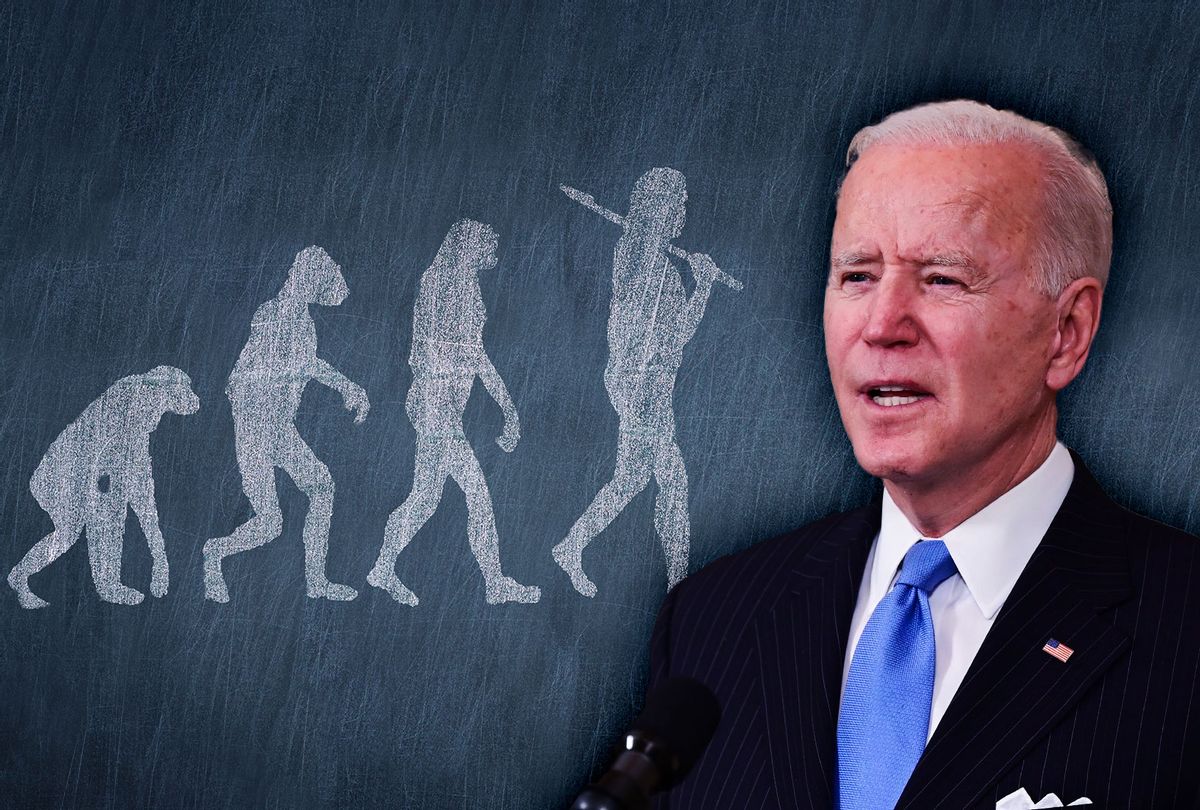 On Wednesday, President Biden expressed frustration upon hearing that the GOP governors of Texas and Mississippi revoked their states' mask mandates and allowed businesses to re-open at full capacity –– a move that flies in the face of the President's 100-date mask mandate.

"We are on the cusp of being able to fundamentally change the nature of this disease because of the way in which we're able to get vaccines in people's arms," Biden said. "We've been able to move that all the way up to the end of May to have enough for every American to get — every adult American to get a shot. And the last thing — the last thing we need is Neanderthal thinking that, in the meantime, everything is fine, take off your mask."

Biden's comments were quickly met with a predictable torrent of outrage by conservatives in Congress and beyond.

Sen. Marsha Blackburn, R-Tenn., spun Biden's anthropological comparison into a complement. "Neanderthals are hunter-gatherers," she tweeted, "They're protectors of their family, they are resilient, they're resourceful, they tend to their own. So, I think Joe Biden needs to rethink what he is saying."

Kayleigh McEnany, press secretary under the Trump administration, compared Biden's remarks to those of Trump challenger Hillary Clinton's, who in 2016 called Trump's supporters "a basket of deplorables."

"President Biden's use of an old stereotype is hurtful to modern Europeans, Asians & Americans who inherit about 2% of their genes from Neanderthal ancestors," tweeted Sen. Marco Rubio, R-Fla. "He should apologize for his insensitive comments and seek training on unconscious bias."

During Thursday's press conference, Psaki admitted that President Biden felt frustrated by the lack of responsibility state leaders were taking. "I think the president, what everybody saw yesterday, was a reflection of his frustration and exasperation," she told reporters, "which I think many American people have, that for a almost a year now people across the country have sacrificed, at many times they haven't had information they need from the federal government."

Experts say that now is an extremely precious time to drop pandemic precautions, as the next few months will determine the success of the nation's vaccine rollout. Dr. Rochelle Walensky, the head of the Centers for Disease Control and Prevention, said on Wednesday, "Now is not the time to release all restrictions."

On Tuesday, Biden announced that the federal government will have a large enough supply of vaccines to distribute to the entire U.S. adult population by the end of May, a marked improvement from the administration's original promise of July. However, many Republican state officials are showing no signs of relenting in their march against science. As Mississippi Gov. Tate Reeves, R, stated, "No insults from the President will stop us from leaning towards freedom."