Scientists may have discovered a new layer within the Earth

Scientists previously believed the Earth has four layers. New research says there may actually be five 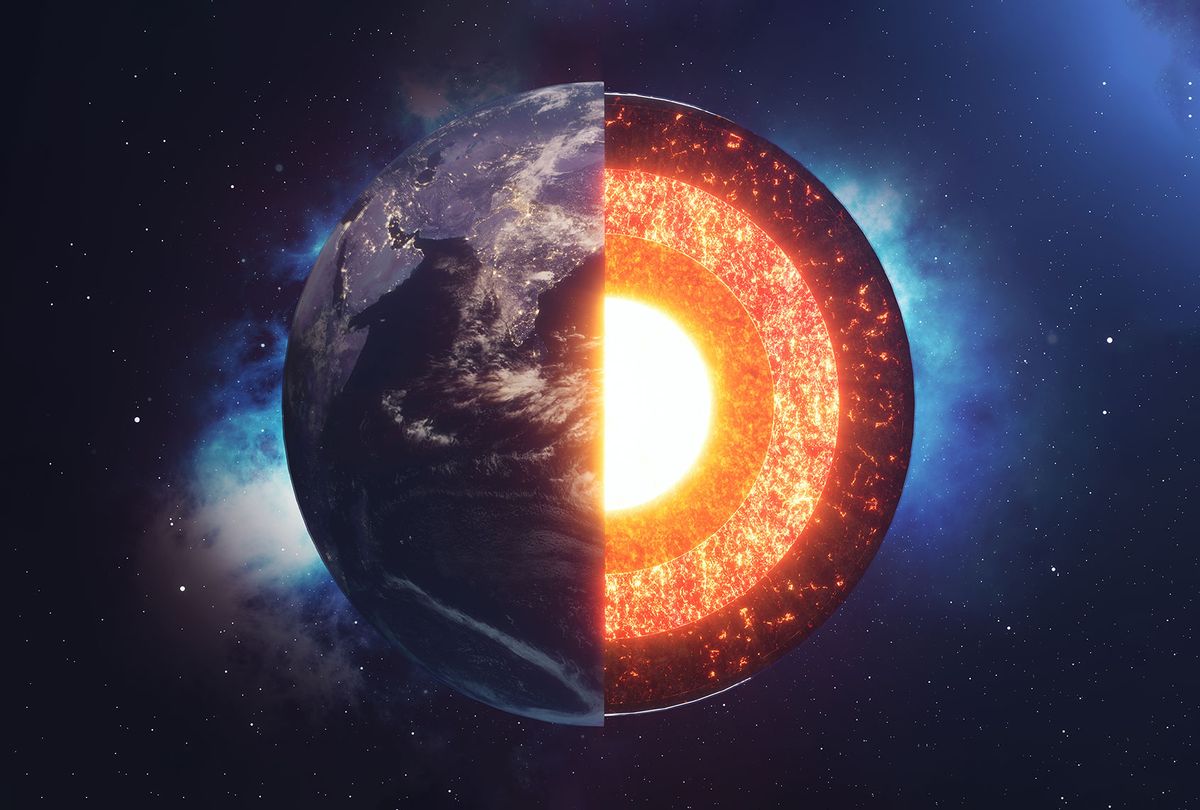 The idea that the Earth has four layers has long been considered a basic tenet of geology, taught to schoolchildren around the globe. Think of it like an onion: First there is the crust, which is where we live and contains of water, soil and various layers of rock. Next comes the mantle, the thickest layer, which makes up 67% of the Earth's mass. Then there is a liquid outer core, comprised mostly of iron and nickel. Finally there is an inner core, which is believed to be solid and mainly comprised of an iron-nickel alloy.

Scientists were certain that these four discernible layers comprised the innards of our planet. But that appears to be suddenly called into question thanks to new study, which provides evidence that the Earth's inner core may actually have two distinct layers.

The paper, which was written by scientists at Australian National University, describes how researchers analyzed thousands of models of Earth's inner core using a special search algorithm. Their goal was to study how long it took seismic waves to travel through the planet based on decades of data compiled by the International Seismological Centre. By doing this, they could learn more about the inner core's anisotropy, a term that refers to how the differences in a given substance's make-up alters the properties of seismic waves.

In the process, the scholars discovered that although there is not much variation when it comes to the inner core's depth, slower seismic waves changed at a 54 degree angle and faster waves ran parallel to the Earth's rotational axis.

"We found evidence that may indicate a change in the structure of iron, which suggests perhaps two separate cooling events in Earth's history," the study's lead author, PhD researcher Joanne Stephenson, said in a statement.

Stephenson added, "The details of this big event are still a bit of a mystery, but we've added another piece of the puzzle when it comes to our knowledge of the Earths' inner core."

Writing to Salon, Stephenson explained that "our study confirms that there is a change at about 650 km in the inner core — adding another piece to the puzzle. Importantly, what makes this study unique, is the vigorous treatment of uncertainty and the methods we used — we wanted to make sure what we saw in the inner was definitely a change and not just noise in the data."

She added that while it is "incredibly difficult to know exactly what it looks like inside," the scientists' results suggest that "perhaps there is a change from one form of iron to another deep within the [inner core]. Potentially due to some kind dramatic event in Earth's history which happened as the Earth cooled."

Stephenson and the ANU team are not the first scholars to suggest that there might be layers to the Earth's inner core. Stephenson herself acknowledged that it was "proposed a couple of decades ago, but the data has been very unclear," pointing out that the team used "a very clever search algorithm to trawl through thousands of the models of the inner core."

She added, "It's very exciting — and might mean we have to re-write the textbooks."