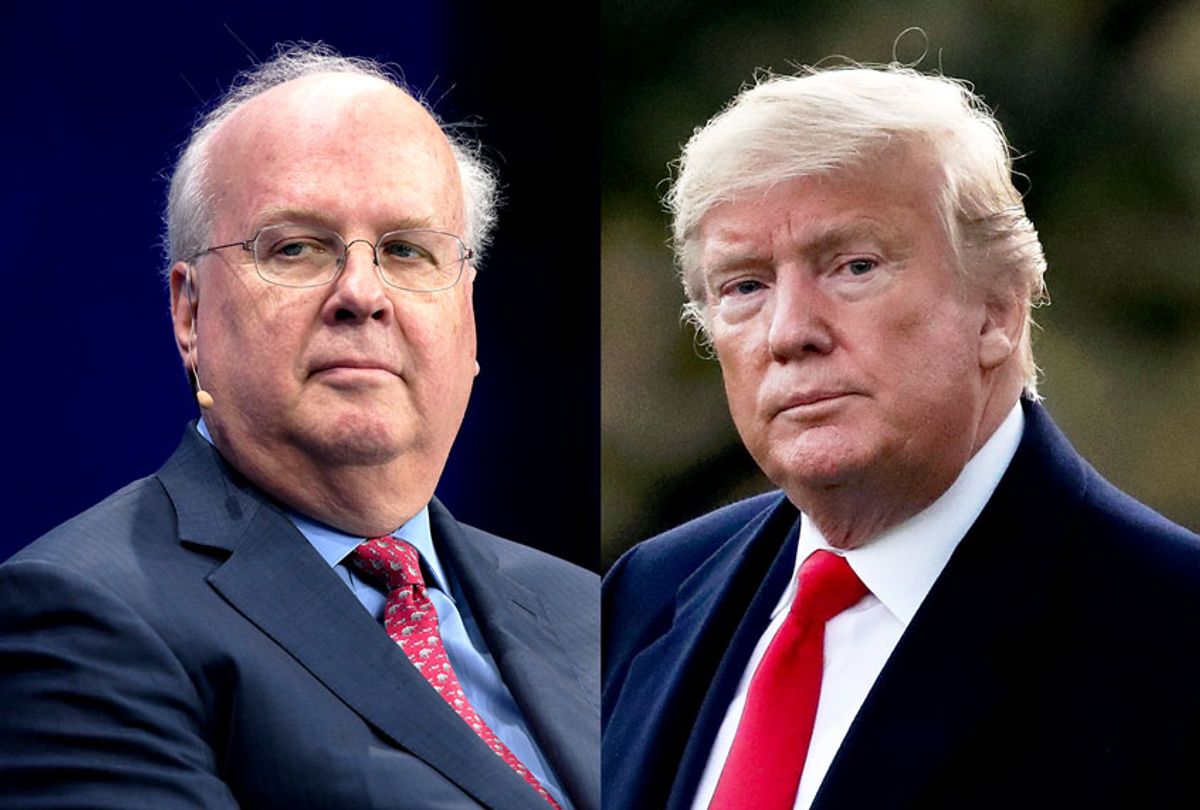 "Karl Rove has been losing for years, except for himself," Trump began.

"Karl Rove's voice on Fox is always negative for those who know how to win. He certainly hasn't helped Fox in the ratings department, has he?" Trump asked.

"Never had much of a feeling for Karl, in that I disagreed with so many of the things he says. He's a pompous fool with bad advice and always has an agenda. He ran the campaign for two Senators in Georgia, and did a rotten job with bad ads and concepts. Should have been an easy win, but he and his friend Mitch blew it with their $600 vs. $2,000 proposal. Karl would be much more at home at the disastrous Lincoln Project. I heard they have numerous openings!" he wrote.

"If the Republican Party is going to be successful, they're going to have to stop dealing with the likes of Karl Rove and just let him float away, or retire, like Liddle' Bob Corker, Jeff "Flakey" Flake, and others like Toomey of Pennsylvania, who will soon follow. Let's see what happens to Liz Cheney of Wyoming," he said.

"Karl Rove is all talk and no action! Next time Karl, save your Election night phone call and keep doing a great job for the Democrats. Fox should get rid of Karl Rove and his ridiculous 'whiteboard' as soon as possible!" Trump wrote.