Rep. Porter says there's a "single parent penalty" built into the way the bill is structured 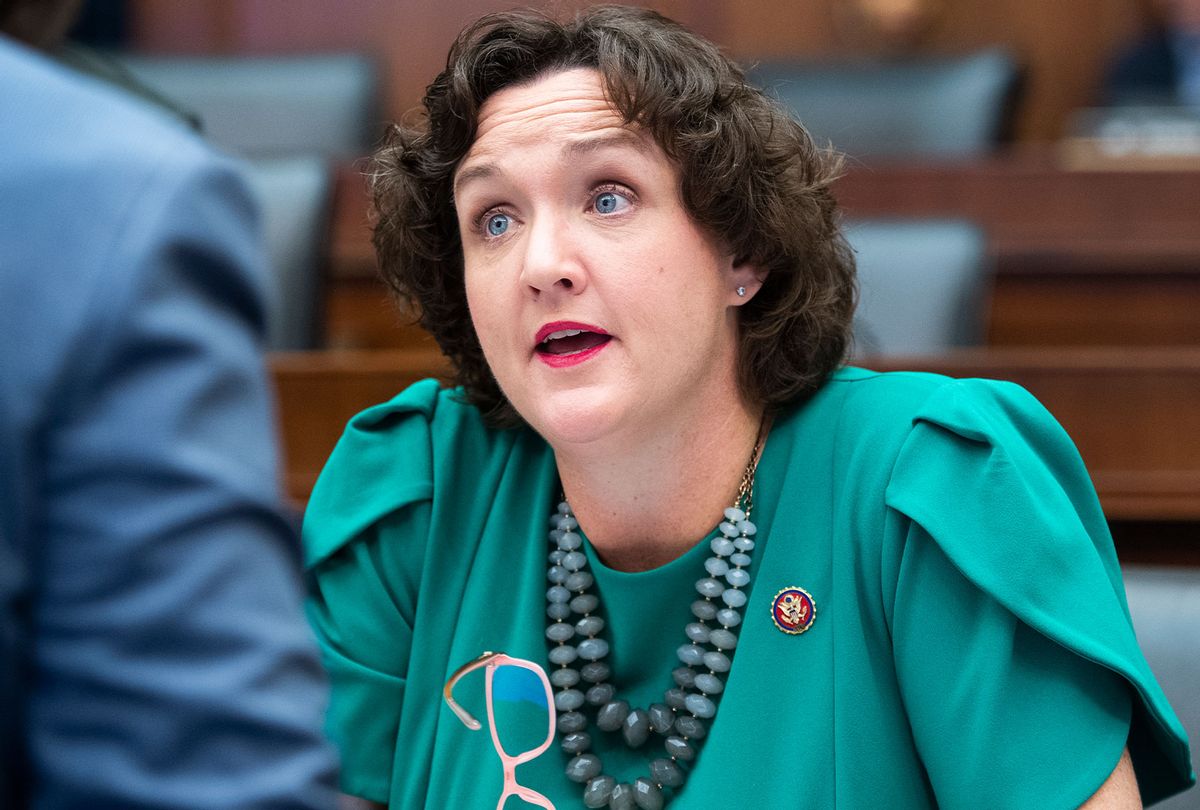 On Wednesday, President Biden agreed to place stricter income limits on the next round of stimulus payments — the latest concession in the Biden administration's ongoing attempt to push through the $1.9 trillion coronavirus relief bill. Specifically, the $1,400 stimulus checks in the Senate's version of the plan will start to phase out at $75,000 in income for single Americans, $112,500 for single parents, and $150,000 for joint filers. An estimated 8 million people who would have received payments under the House bill will lose them now due to the stricter thresholds that favor those who are married.

Currently, the House-passed bill for the relief package has a similar tier-based system for parents to receive a tax credit if they have children. The proposed plan will increase the child tax credit from $2,000 to $3,000 per child. But again, households that qualify for child tax credit are based on incomes that are "tiered" by marital status. The enhanced tax break would begin to phase out at $75,000 on single returns, $112,500 on head-of-household returns and $150,000 on joint returns.

Representative Katie Porter (D.-Calif.) calls this the "single parent penalty." As she tells Salon, she has been asking this question of her colleagues: Why are single parents, who make just as much money as married couples, less apt to be qualified for the stimulus payments and child tax credits?

Salon spoke exclusively to Rep. Porter about her campaign to raise awareness about this flaw in the stimulus package. As always, this interview has been lightly edited for clarity.

Can you explain briefly to our readers how single parents are at an unfair advantage in the current iteration of the federal relief package?

So with regard to the expanded child tax credit, there is an income threshold set at which that income tax credit phases out and then becomes unavailable. And the threshold — even though the purpose of this is to address the cost of raising a child, particularly the increasing cost of child care, including during the pandemic — the way that this is done is that a child in a single-parent household will receive less child tax credit than a child living in a married household.

And this makes no sense, and we refer to this as the "single parent penalty." The point of the tax credit is to make sure that the child has access to nutritious food, to high-quality childcare and to adequate housing. There is no discount on the costs of raising a child. And so the amount of the child tax credit shouldn't be conditioned on the marital status of that child's parents.

You said that the whole purpose is to make sure that the child has access to nutritious food and high-quality childcare and it seems like people are being rewarded for being married. You've been talking about this a lot and raising awareness in the media. What has the response been to your concerns from your peers on Capitol Hill?

We definitely have a lot of interest both in terms of other members of the House and the Senate, and also talking to the legislative staff — who year after year, Congress after Congress, are helping to draft legislation and helping Congress to think about this. My colleague Ayanna Pressley [D-Mass.] has been my co-lead on this, and we do lots of media interviews, MSNBC and CNN print interviews.

One of the most meaningful things to me has been starting to hear from and gather the stories of and listen to the voices of single parents who are saying, "this is really a problem for me. I don't have enough, I need more childcare than my peers who were married."

I'm wondering if you think this is a single parent issue, or a single person issue, too?

In the case of the child tax credit, we're trying primarily to address the cost of childcare. Those costs aren't lower for single-parent families. If you think about some of the other kinds of things that we might be trying to address, there may be ways in which different kinds of family statuses have different needs. But in general, every bit of research shows that people who are married, on average, are better off economically than people who are single over their lifetime.

I'm thinking about people who were married and maybe lost their spouse.

Well, let me give you one example that I think is relevant to the pandemic. One of the problems we've been trying to solve is people losing their employment, and then therefore, losing their health insurance. If you're part of a married couple, there is a higher likelihood that if one of you loses your job, then you can get on the other person's insurance and the law provides for that as a special circumstance. Single people when they lose their job, there is no other employment plan to get on. They are simply uninsured when they have to go out into the private marketplace to get insurance.

So that's an example, when we think about insurance, I think that insurance instability and upheaval in the employment market, loss of income is loss of income and can be a problem for both. But the insurance problem I think is even graver for single people than it is for married people, because of the inability to get family coverage.

What do you think needs to be done to change this tax structure that's based on a person's legal, marital status? We have a long history of it.

I think a lot of it is to really begin to call this out and to ask for justification. Why are you structuring it this way? What is the assumption that you are making that is beneath this idea that there's this perfectly even stepping upward between single people, single-parent households and then married people? Definitionally, a head of a household has a dependent and therefore, for example, needs more living space.

I think that the goal here is to really push people to justify and explain why they're using these particular cutoffs. It's not clear to me, for example, that married people have double the expenses of single people.

And going back to the child tax credit, I'm wondering what is your proposed solution to that right now?

What we've argued what they should do is set the income threshold at the same level of $150,000 for the eligibility for the child tax credit regardless of the tax filing status of the parent. So rather than having a cut off at $75,000 for single and $112,500 for heads of household, and $150,000 for married people would just be $150,000 across the board.

What would you tell single parents right now who are upset about this, too?