His $1.9B plan includes $1,400 checks, $350B in state and local aid, and billions for schools and vaccinations 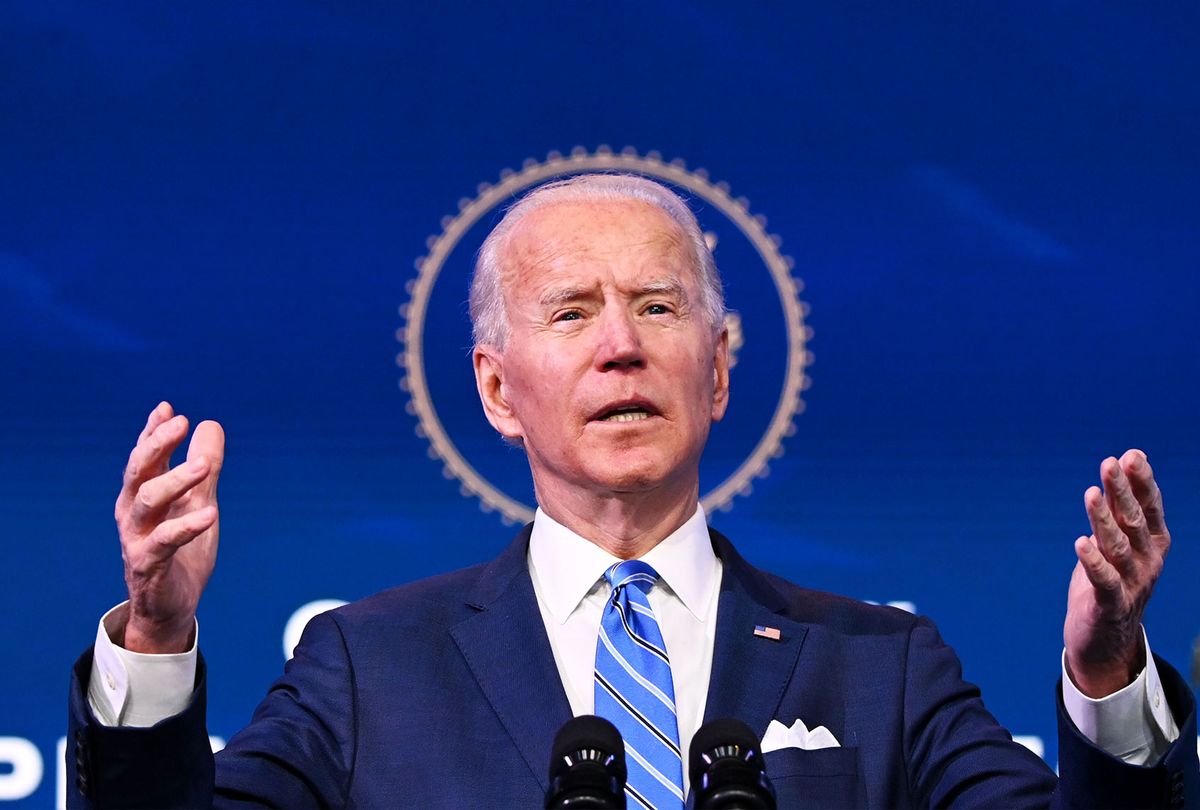 President-elect Joe Biden called on Congress to increase the federal minimum wage to $15 as part of his $1.9 billion coronavirus relief proposal unveiled on Thursday.

Biden outlined his plan in a speech in Delaware, calling for Congress to approve $1,400 direct payments on top of the $600 checks in the last stimulus bill, extending of enhanced federal unemployment benefits at $400 per week and extending the federal eviction moratorium through September, a major expansion of child tax credits, $350 billion to help state and local governments, and more than $400 billion for schools and vaccinations.

The plan also calls for Congress to raise the minimum wage to $15 and scrap lower minimum wages for tipped workers and people with disabilities.

"No one working 40 hours a week should live below the poverty line," Biden said Thursday.

Though raising the federal minimum wage has long been opposed by Senate Majority Leader Mitch McConnell, R-Ky., and a broad swath of the Republican Party, Biden pointed to Florida, which voted for a $15 minimum wage in November despite backing President Donald Trump.

"People tell me that's going to be hard to pass. Florida just passed it — as divided as that state is — they just passed it," Biden said. "The rest of the country is ready to move as well."

Though some Republicans have already signaled opposition to the plan, the package drew praise from an unusual combination of progressive lawmakers and business groups. Sen. Bernie Sanders, I-Vt., who will chair the Senate Budget Committee, called the plan a "very strong first installment." The U.S. Chamber of Commerce said it "welcomes" the plan, particularly Biden's "focus on vaccinations and on economic sectors and families that continue to suffer."

Republicans have generally opposed federal minimum wage increases for decades, most recently rejecting an increase to $15 per hour that passed the Democratic-led House in 2019. The current minimum wage is $7.25, well below the rate it has historically been when adjusted for inflation. Congress has voted to increase the minimum wage just once in the last two decades.

Biden would need support from at least 10 Republicans to pass the bill unless Democrats decide to use the budget reconciliation process, which allows votes on certain budgetary measures without a 60-vote threshold to end a filibuster. That tactic was used by Republicans to push through tax cuts in 2017 that largely benefited corporations and the richest Americans. Democrats will control 50 seats in the Senate once newly-elected Georgia senators Jon Ossoff and the Rev. Raphael Warnock are sworn in this month, leaving Vice President-elect Kamala Harris as a crucial tiebreaking vote. Biden has said that he hopes to garner Republican support, but Sanders has said he is working on a plan that would allow the Senate to pass the bill with just 51 votes, according to The Washington Post.

Biden's proposal calls for an additional $1,400 in stimulus for most Americans after Congress approved a second round of $600 payments in December. The plan would also expand stimulus checks to adult dependents and people related to undocumented immigrants, who were shut out of the last relief package. Some progressives balked at the number, arguing that Biden had promised $2,000 payments while campaigning for Democrats in Georgia. Others have argued that Biden always intended to increase the $600 payment to $2,000, rather than approve an additional $2,000 payment on top of the December checks.

The plan would also increase enhanced federal unemployment benefits from $300 per week to $400 per week, which Ocasio-Cortez argued should be "retroactive."

Biden's outline also called for more than $500 billion in aid to state and local governments, schools and universities as well as $50 billion for coronavirus testing and $20 billion to expand the national vaccine program. The plan would also make the child tax credit fully refundable for the year and increase the credit to $3,600 for children under age 6 and $3,000 for children over 6. The earned income tax credit would also grow from $530 to $1,500, according to the Post. Biden's initiative also includes 14 weeks of paid sick and family leave for most workers, grants for over 1 million small businesses, and $35 billion in low-interest loans for small businesses. It also includes tens of billions for rental aid, food assistance and aid to U.S. territories and commonwealths, including Puerto Rico.

Biden highlighted a "growing hunger crisis" during his speech, which has particularly affected communities of color.

"More than one in five Black and Latino households in America report that they do not have enough food to eat," he said. "It's wrong. It's tragic. It's unacceptable."

Biden said his goal is to deliver 100 million vaccine doses in his first 100 days in office and reopen the majority of public schools by spring.

"I know what I just described will not come cheaply," Biden said Thursday night. "But failure to do so will cost us dearly."

Biden plans to announce next month another larger spending proposal aimed at funding an infrastructure and jobs-creation package, fighting climate change and addressing racial inequality. The president-elect said the plan would be financed by taxing those "at the very top who are doing quite well in this economy."

"Just since this pandemic began, the wealth of the top 1 percent has grown by roughly $1.5 trillion since the end of last year — four times the amount for the entire bottom 50 percent," he said.

Biden officials are also working on a plan that would include $10,000 per person in student loan forgiveness.

"The crisis of human suffering is in plain sight, and there's no time to waste," Biden said. "We have to act, and we have to act now."

Schumer and House Speaker Nancy Pelosi, D-Calif., said the new administration "is moving swiftly to deliver that help and to meet the needs of the American people."

"The emergency relief framework announced by the incoming Biden-Harris administration tonight is the right approach," they said in a joint statement. "It shows that Democrats will finally have a partner at the White House that understands the need to take swift action to address the needs of struggling communities."