While we're all waiting for our vaccines, why not watch a murder show or take a hit of "Weeds" before it's gone? 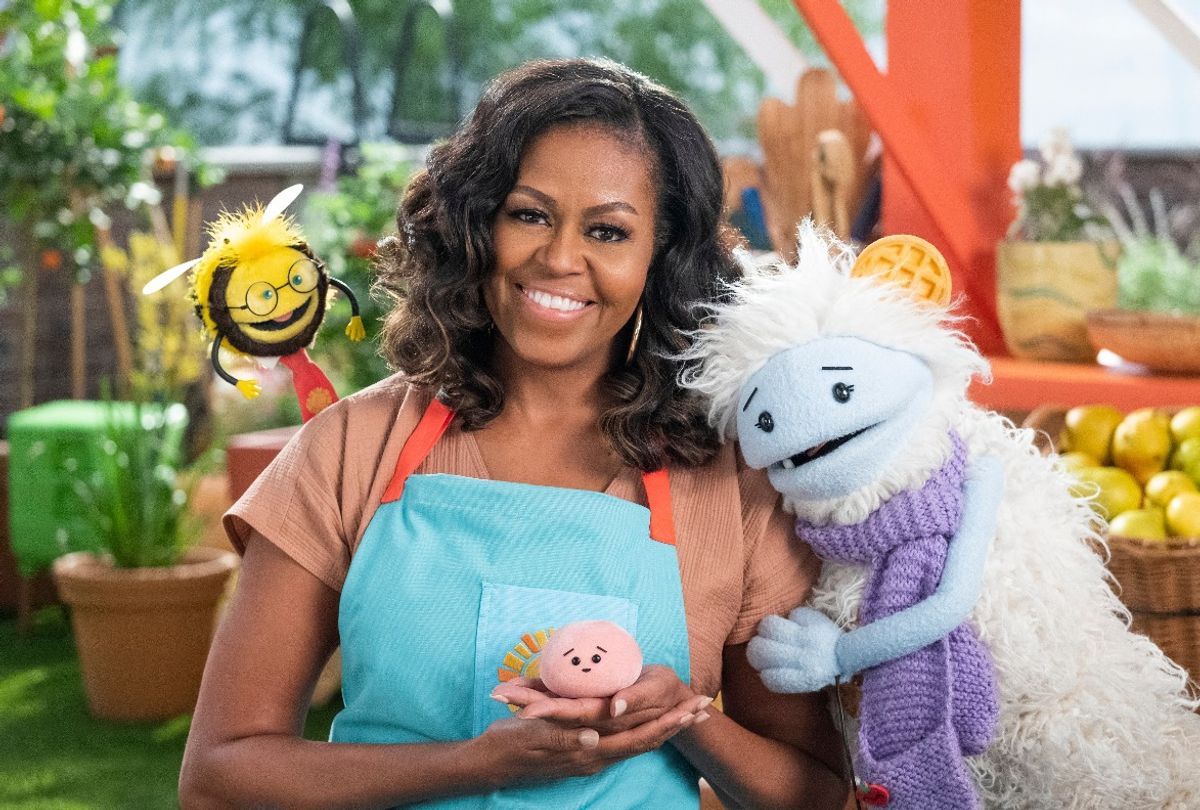 Spring is coming, and with the blossoming of new life comes plenty of fresh content for everyone's go-to streaming platform. Right now is a time of renewed hope and awakening, in more than just the poetic sense.

But before we get to this month's new offerings you might want to revisit some classics before they leave Netflix. Try "Taxi Driver" to channel your righteous, murderous anger about society going south, or "Rainman" for a heartwarming reminder of Tom Cruise before he was the subject of concerning deepfake videos. Some other fan favorites to watch before they're gone are all seven seasons of "Weeds,"  the acclaimed "Silver Linings Playbook" and "Molly's Game."

Still processing the existential dread and horror of being a living human being for the past year? In addition to the highlighted true-crime picks, some other notable new titles include, "Nevenka: Breaking the Silence," "Who killed Sara," "Mandela: Long Walk to Freedom" and "Audrey."

Also, you're an awards buff, make sure to catch "Bombay Rose," an animated film about love and life in Bombay that swept the circuit and was the first Indian animated film to open Venice Critics Week. "Bombay Rose" was also selected by the Toronto International Film Festival and the BFI London Film Festival, and is worth a watch. For more of our top picks, keep reading.

This documentary chronicles the rare beginnings of one of hip-hop's brightest stars. Featuring interviews with figures like B.I.G's mother, Volette Wallace, and friend Sean John Combs (aka Puff Daddy), viewers are given an inside look on his humble beginnings and legendary rap career.

Directed by Amy Poehler, "Moxie" focuses on a teenager who is sick of the sexist culture she and other girls at her high school are expected to put up with. Inspired by the feminist musings of her mother's youth, she publishes an anonymous zine that sparks a reckoning within her school and community. With a trailer set to Bikini Kill, and a plot focused on the next generation of women's rights, this looks to be a gem for both teens and parents.

"Murder Among the Mormons," March 3

This true crime story has got it all; Latter Day-Saints, pipe bombs, and a document that could potentially shake the basis of an entire faith. Based on the true events that occurred in Salt Lake City, Utah in the 1980s, "Murder Among the Mormons" details how and why various murders within the Salt Lake area were connected to a much more sinister plot within the LDS church.

A follow-up to the Emmy award-winning series about college football, this season of "Last Chance U" pivots to cover a new sport entirely. Following the East Los Angeles College Huskies, the show takes an inside look on the team's path to the California State championships, which for many players is seen as one last chance to achieving their dreams of playing professionally. With a roster filled with former D1 recruits and basketball stars vying for a spot in the ultra-competitive field, viewers are shown how adversity and personal pressure make the stakes that much higher.

Set in a not-so-far future, "The One" chronicles the events following a DNA researcher's ambitious matchmaking service that uses your genes to find your perfect partner. Love, lies, and death ensue.

In her quest for encouraging children to develop healthy eating habits, Michelle Obama hosts "Waffles + Mochi," an adorable star-studded series that follows the colorful puppet creatures on a global expedition to learn about new cultures and the foods that they enjoy. With cameos from Jack Black, Zack Galifinakis, José Andrés and Samin Nosrat, this show from the creators of "Chef's Table" and "Ugly Delicious" may be worth a watch even without little ones.

The doc takes real conversations wiretapped by the FBI and recreates them step by step to unpack the story behind the infamous 2019 college admissions scandal. With inside commentary and a plot that follows one mastermind's strategy to help some of the wealthiest families in the US cheat their way to success, "Operation Varsity Blues" tells the story of "privilege gone wild."

In 2013, Belgian politician Bernard Wesphael was accused of murdering his wife by suffocation in a hotel room. Though he was later acquitted of the charges, many circumstances surrounding the case remain murky. Speaking to Wesphael, investigators and others involved, this true crime documentary takes a deeper look at exactly what transpired that fateful night.

Though the title may sound a bit corny, this gritty documentary (from the team behind "Cowspiracy," natch) details an important and overlooked aspect in tackling climate change. Originally, "Seaspiracy" is framed as one filmmaker's ode to the ocean, with a focus on the environmental human impact on oceans. However, the deeper he investigates, the more he discovers about the seedy underbelly of commercial fishing, unveiling a world of crime and violence tied to global fish markets.

If you have a penchant for the supernatural and miss traveling, this may be the show for you. This reality series explores various people in Latin America who share their experiences with the paranormal and unexplained. Paired with dramatic reenactments to go along with their stories, this show may stand to remind you that spookiness knows no borders.

Here's the full list of everything coming to Netflix:

March 3
"Moxie"
"Murder Among the Mormons"
"Pacific Rim: The Black"