Saturday night, Trump announced he would be "campaigning against a disloyal and very bad Senator" 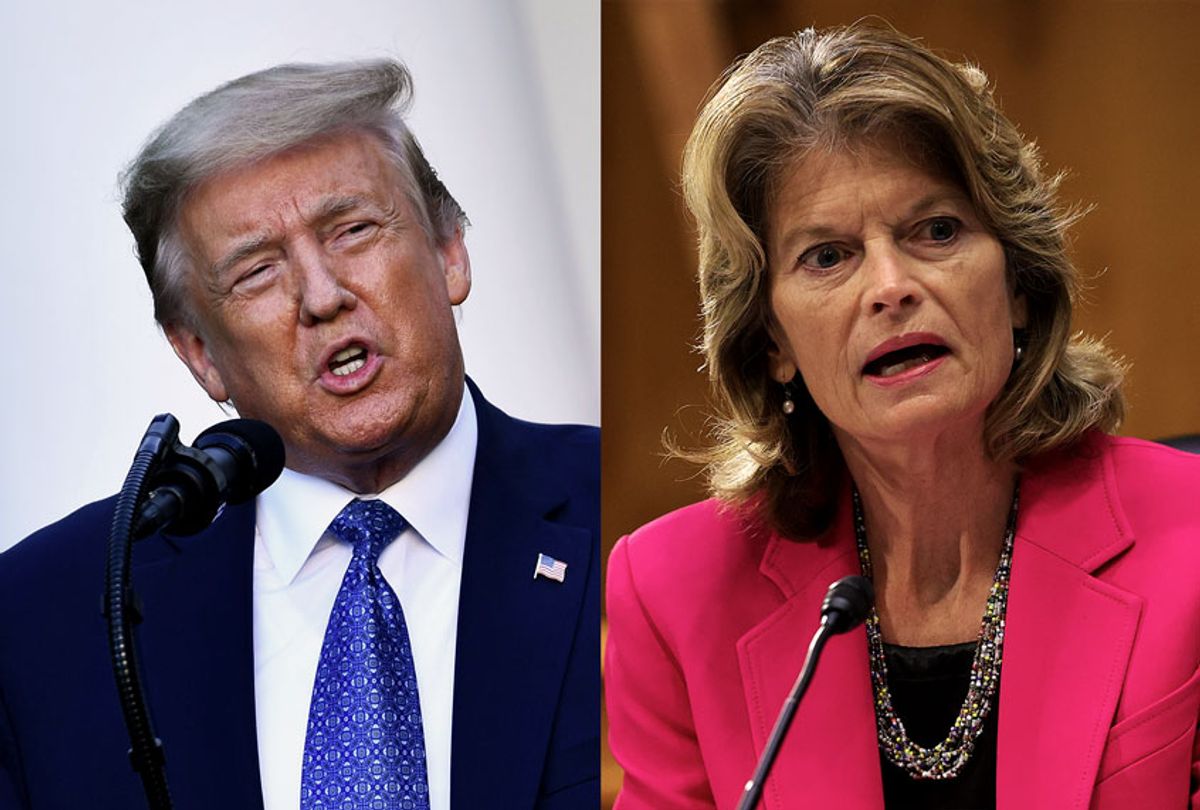 "I will not be endorsing, under any circumstances, the failed candidate from the great State of Alaska, Lisa Murkowski," Trump told Politico.

"She represents her state badly and her country even worse. I do not know where other people will be next year, but I know where I will be -- in Alaska campaigning against a disloyal and very bad Senator."

Murkowski was one of seven GOP senators who voted to convict Trump in his second impeachment trial last month. The Washington Post has reported that Murkowski "is higher on [Trump's] list of enemies than other senators and lawmakers."

"Some people in his circle doubt, though, that he will be as much of a potent force in the race because traveling to campaign against her would require such a long flight, which Trump generally avoids," The Washington Post added.

Many commentators also expressed doubt that the GOP senator had any reason to fear Trump.

"This is a dumb place for Trump to show his strength," tweeted Mediaite columnist John Ziegler.

See some more reactions to Trump's statement below: