"That testimony was pretty newsworthy. But while some networks took the hearings live, Fox . . . barely covered it" 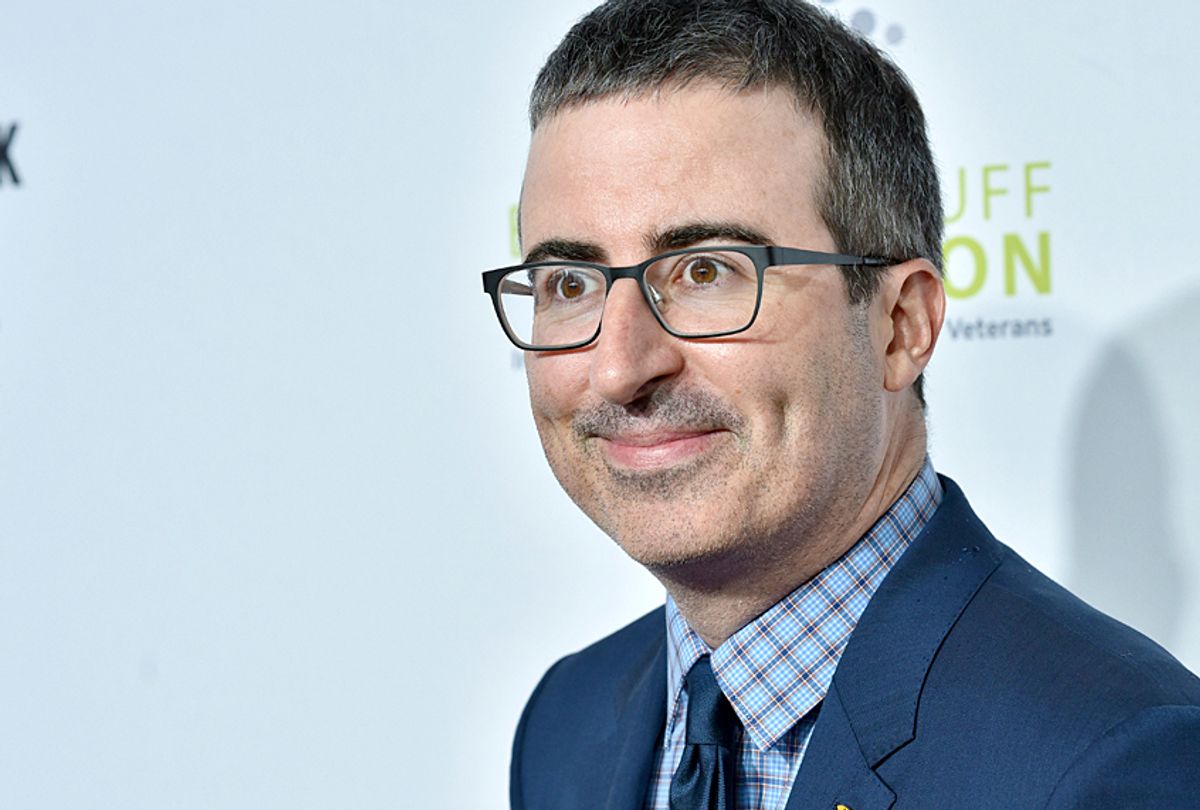 The last word on the Fox News Dr. Seuss nonsense came from John Oliver, who called out the right-wing for their fake conspiracy that the beloved children's book author was canceled. As Oliver explained, he wasn't, his estate decided not to publish six of his books anymore, which Oliver explained as an example of the free markets at work.

Oliver explained that the real reason that Fox News wanted to get people up in arms about Dr. Seuss was to avoid talking about domestic terrorism in the U.S.

During the fake scandal, FBI Director Christopher Wray was testifying before Congress, a story carried live by every major news network except Fox.

"We at the FBI don't tend to think of violent extremism in terms of right, left, that's not a spectrum that we look at," said Wray. "What I would say is that it is clear . . . a large and growing number of the people that we have arrested so far in the connection with the 6th are what we would call militia violent extremists like the Proud Boys and the Oath Keepers . . . and some already who emerged that I would have been in the racially motivated extremist bucket."

According to conservatives, the attack was prompted by "fake Trump protesters," a conspiracy theory that gained traction off of a false story published by The Washington Times. It was a myth that Wray dispelled, but Fox News viewers never found out about it because they were too busy making up another conspiracy that Democrats somehow canceled Dr. Seuss.

"We have not seen evidence of that," Wray told the senators this week.

"Yeah, of course, you haven't because it's not f*cking true," said Oliver. "Despite everything, it's still amazing that he has to debunk a conspiracy theory that is so obviously false. It'd be like to swear under oath that three lemurs in a trench coat didn't commit the Oklahoma City bombing. Of course, they didn't, and anyone who suggested that they did clearly has some signif6yicantly bigger problems."

"Now that testimony was pretty newsworthy," continued Oliver. "But while some networks took the hearings live, Fox, not surprisingly, barely covered it. In fact, across conservative platforms, you'd hardly know that hearing happened because they were too busy with this."

He went on to show a montage of conservative hosts losing their minds over Dr. Seuss. He went on to dispel the conspiracy theory and have the last word on the right-wings desperate attempts to make something "cancel culture" that hasn't actually been canceled.