Despite supposed efforts to limit the spread of misinformation, social media is still a fount of anti-vax content 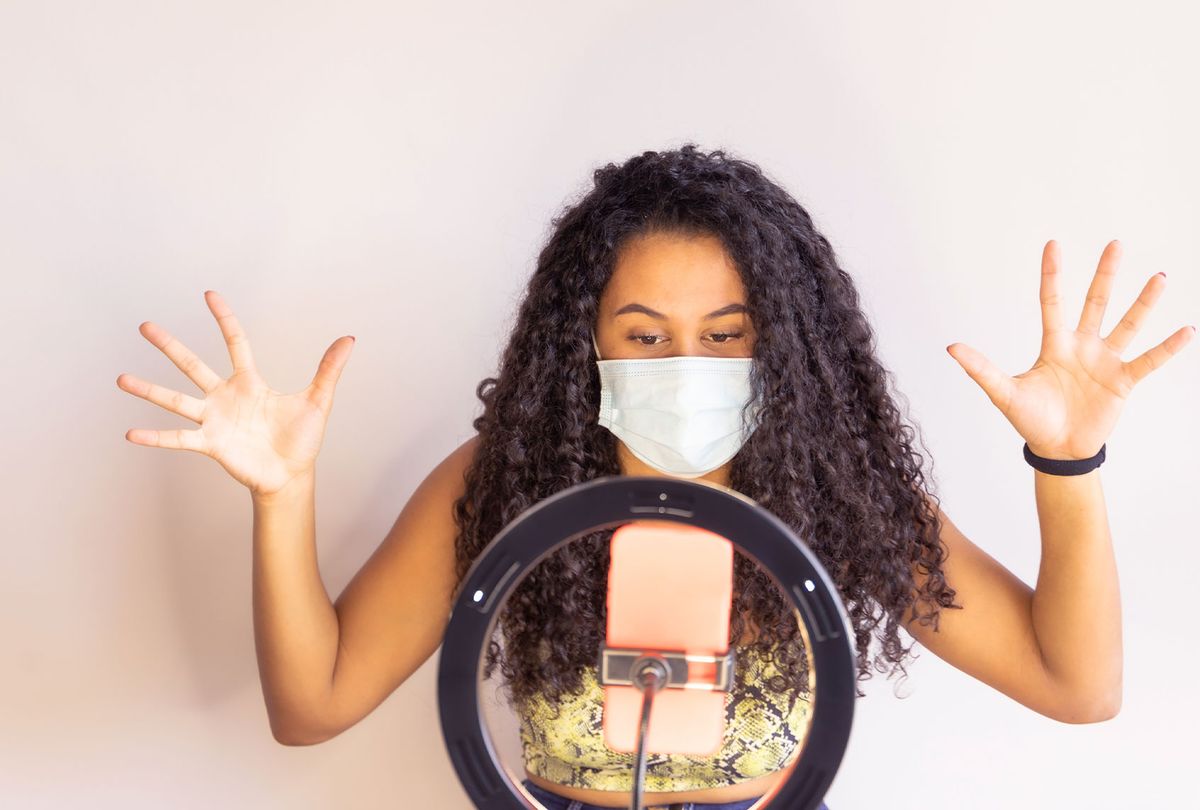 In March 2019, long before the COVID-19 pandemic, Facebook announced that it would take steps to "combat vaccine misinformation" on its platforms Facebook and Instagram. The move was somewhat strategic: since the 2016 US presidential election when it was accused of being used to disseminate election propaganda, the social media platform has been more vigilant about the public perception that it has any role in propagating misinformation, whether electoral or public health-related. The platform faced scrutiny in 2019 over its role in helping anti-vaccination movements proliferate — movements which were having an effect on global public health, and which likely led to the announcement.

Obviously, since the pandemic started, the need for dissemination of accurate public health information is even more crucial than it was in 2019. Yet two years since that March 7, 2019 announcement, false claims about the COVID-19 vaccines proliferate on Facebook and its subsidiary, Instagram. The reason has to do with clever influencers and posters who are able to game Facebook's new rules and restrictions, and a moderation algorithm that hasn't caught up with the whack-a-mole game of knowing which new hashtags are being used to launder misinformation.

Vaccine misinformation is particularly noticeable within the world of Instagram's health and wellness influencers. Scrolling through their space, it's easy to find posts from self-described "wellness coaches" spreading false claims about the vaccine — posts that evade the Instagram pop-up that appears over posts designed to direct readers to credible information from health officials.

"Viruses don't scare me," reads one prototypical post from a self-identified "vegan," "holistic" "home maker" Instagrammer. "But you know what does? aluminum. polysorbate 80. bovine secretion. aborted fetal cell fragments. anaphylactic shock. [. . . ] losing the right to decide what goes in my & my kids bodies. my child growing up in a world dependent on profitable drugs & scared of natural illnesses. losing the freedom to choose what to wear over my FACE."

Facebook and Instagram's content moderation is supposed to result in such posts being flagged and then removed from the platform. But these Instagram users are able to evade the barriers set in place by using syntax tricks, like spelling "vaccines" as "va€€In3s" or replacing the word "vaccine" with the syringe emoji. In other cases, vaccine misinformation spreads via hashtags that don't include the words "vaccine" or "COVID" at all, but use related hashtags like #healthsovereignty and #wearethecontrol, which were both used in the Instagram post referenced above.

Health information experts tell Salon the continued spread of anti-vaccine information is a two-fold issue. First, the wellness influencers spreading the information — often alongside their holistic healing products and lifestyles — are becoming more savvy in evading content moderation. Simultaneously, this type of content is being promoted by the platform's algorithm unwittingly.

"They are very shrewd and sly," said Dr. K. Viswanath, a professor of health communication at the Harvard T. H. Chan School of Public Health. "Right now, these anti-vaccine groups are a couple of steps ahead of the platforms and the platforms have to keep catching up with them, because you and I don't have that power, that kind of a computational power to stay on top of this — only the platforms that can do this."

Viswanath said since there's been public pressure on social media companies to crack down on this spreading vaccine misinformation, he believes they've been doing a "better job" than the past — but it's a hard task to stay on top of.

Posts associated with the hashtag "#wearethecontrol" provide a prime example of how vaccine misinformation evades content moderation. The phrase "we are the control" is a reference to a misunderstanding of how the SARS-CoV-2 vaccine trials worked. As with any scientific study, the Moderna and Pfizer COVID-19 vaccine trials were blind, meaning there was a group that was inoculated with a candidate vaccine and a control group that received a placebo. In most pharmaceutical studies, participants are never told if they received the candidate vaccine or the placebo, even at the study's conclusion, in order to protect the results and allow for long-term data collection. This is normal, and was true the case of the SARS-CoV-2 vaccine trials. The process of a blind study alerting its subjects to their sorting is known as "unblinding," a word that the anti-vaccination groups have latched on to.

There is a scientific argument that letting the unblinded control group get a real vaccine would inhibit long-term data collection as to the vaccine's aftereffects. Yet many health experts argue it is unethical to not offer the vaccine to placebo participants who — during a raging pandemic, no less — bravely volunteered to participate in the clinical trials for a vaccine. The ethical argument is that these people should be rewarded with the final vaccine if they want it, or at the very least know which one they received. Thus, in December, Moderna announced that it would offer placebo recipients the option of getting the vaccine. In January, Pfizer announced that they would offer their vaccine to any trial participants starting on March 1. That means that, in effect, these vaccine studies were "unblinded" due to the participants' protest and ethicists' concerns.

Yet conspiracy theorists wielding the #wearethecontrol hashtag position the unblinding of the trials as some kind of conspiracy. The hashtag is a rallying cry for those who refuse to take the vaccine, and thus are choosing to be the theoretical placebo "control" group.

"Since all of these companies decided to unblind their trials, I'm willing to forgo my

& be part of the control group!" one "personal care guru" wrote on Instagram.

Viswanath said this is an example of how anti-vaccine influencers operate, especially in the wellness and holistic living spaces: they position themselves as health experts by using scientific jargon.

"They use scientific language — placebos, VAERS [The Vaccine Adverse Event Reporting System], so if you're not well-versed in it, and you look at the scientific language, you assume these people know what they're talking about," Viswanath said. "This confuses the heck out of people, because they're using the same terms that are being heard in the papers, and that's all they need, so in those small seeds of doubt it's sufficient enough for them to get the hook on people and lead them astray."

And that's where the Instagram algorithm comes into play. According to a new report released by the nonprofit Center for Countering Digital Hate (CCDH), an algorithm launched by Instagram in August 2020 — which suggests unsolicited content to users based on previously clicked content — is advancing this kind of anti-vaccine content. The report found that anti-vaccine accounts on Instagram grew their audiences by 4.3 million followers in 2020, in part because people who follow wellness influencers who post "soft" anti-vaccine content were recommended content that contained more overt misinformation.

"What the report shows is that there are two worlds being created — there's one world where people don't follow this sort of material at all and don't follow health accounts and you never see the misinformation being pumped into your timeline," said Imran Ahmed, the CEO of CCDH. "But if you show a little bit of interest in alternative medicine or wellness, the algorithm thinks 'oh the highest engagement content we've got of this is actually anti-vaxx,' and it drives that to people."

Salon reached out to Instagram asking about vaccine misinformation on its platform, but did not receive a response prior to publication.

David Broniatowski, an associate professor in the Department of Engineering Management and Systems Engineering at George Washington University, told Salon he sees soft anti-vaccine rhetoric being pushed by wellness and health coaches on Facebook frequently. However, Broniatowski said there needs to be more distinction on the platforms between what's anti-vaccine rhetoric with an agenda, and vaccine hesitancy — which could be simply people expressing doubt.

"We have to be careful not to call everybody who's got a doubt an anti-vaxxer, because that becomes a self-fulfilling prophecy," Broniatowski said. He added that platforms may define anti-vaccine rhetoric too broadly in a way that includes other types of ancillary misinformation or hesitancy.

Broniatowski suggested that if the social media platforms are serious about "promoting healthy behaviors," they could potentially "draw on their expertise" and figure out how to send which messages to which people with the help of credible public health authorities.

"So, if you're into holistic healing then, you know, you're not the sort of person where you want to hear 'science says this,'" Broniatowski. He suggested that perhaps social media platforms could target factual public health information based on a user's perceived interests. "They could do A/B testing, and draw on their strengths in other areas," he noted.