Senate Republicans keep bailing out for 2022, opening the door for more Trumpers 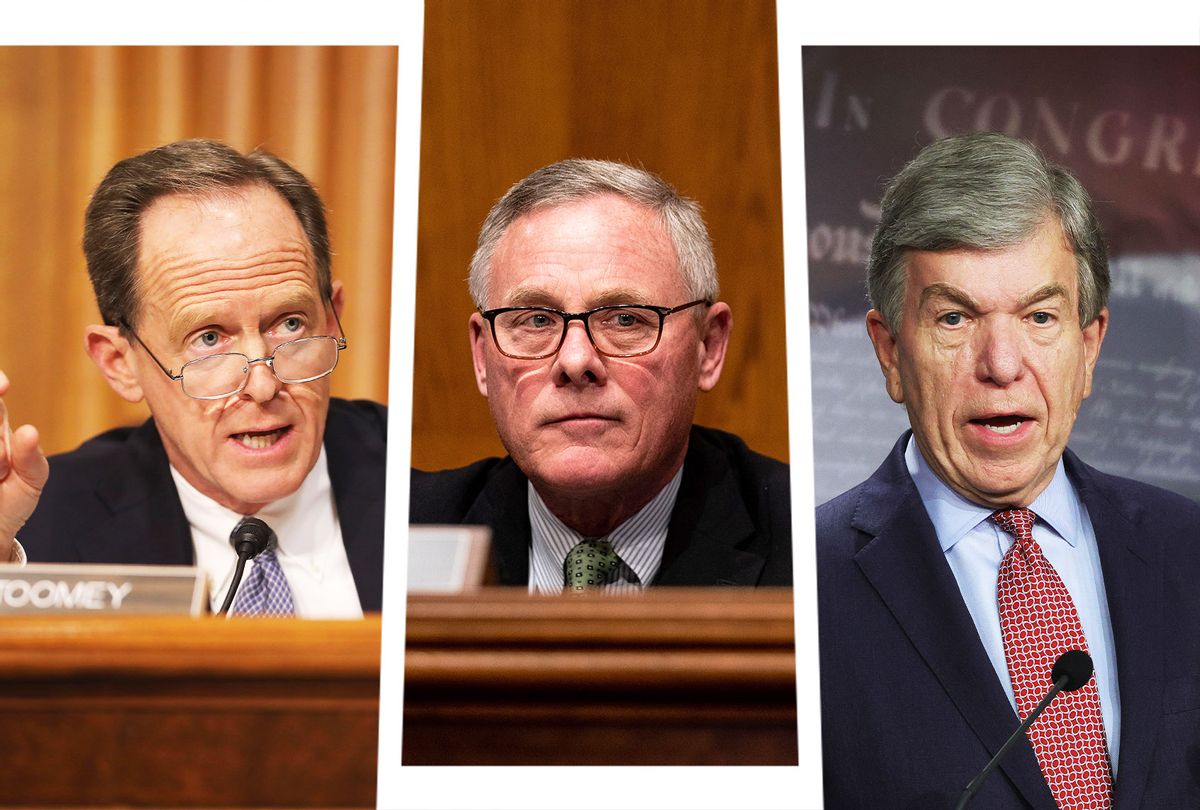 A slew of Republican senators have thrown in the towel. At least five GOP incumbents are planning not to run for re-election next year, making way for a potential seismic ideological shift in the upper chamber.

With most of the outgoing lawmakers considered to be old school, pragmatic conservatives, their GOP colleagues say the institution may be adrift without their leadership.

This exodus may offer Democrats increased optimism that they may be able to hold onto a Senate, despite the long tradition that the sitting president's party typically loses seats in midterm elections. But on the other side of the aisle, it remains to be seen what path the Republican Party chooses to go down: Does it back candidates who align themselves with Donald Trump, or those who try to distance themselves from him?

The writing is on the wall, argues GOP strategist Susan Del Percio, citing the retaliatory measures numerous state Republican parties have taken against members of their party who voted to impeach Trump. But Del Percio sees danger here: Shifting further to the Trumpian right would further undermine the possibility of substantive policy debate and open the door for more Democratic wins, she said.

"It's the latest casualty of what Trump has done to the Republican Party," Del Percio told Salon. "State committees are Trump-controlled. You'll see people go more and more to the right in who they nominate and support. It doesn't mean they'll win the seat."

On Monday, Sen. Roy Blunt of Missouri became the fifth GOP senator to reveal that he will not seek re-election next year, joining a list of departing colleagues that has swelled in recent months.

Blunt's revelation meant that one-tenth of the Senate Republican Conference is leaving, a startling statistic that could continue to grow; Ron Johnson of Wisconsin and Chuck Grassley of Iowa have not yet announced their plans for 2022. (Grassley, now in his seventh term, will turn 88 just before the next midterm election.) Zero Senate Democrats have said they plan to retire.

"After 14 general election victories — three to county office, seven to the United States House of Representatives and four statewide elections — I won't be a candidate for re-election to the United States Senate next year," Blunt said in a video statement posted to social media. He did not cite a specific reason for his decision to step aside.

A leadership member who often immersed himself in detailed policy negotiations as an institutionalist and conservative lawmaker, the 71-year-old has now joined Richard Burr of North Carolina, Pat Toomey of Pennsylvania, Richard Shelby of Alabama and Rob Portman of Ohio on the list of Republican retirees.

"It seems that in recent times, it's all about beating the other person or preventing them from winning, not about putting forward good, sound policies," Del Percio said. "These are more than just political people like Josh Hawley and Ted Cruz. They cared about what they were doing, and about moving policies forward. It is devastating."

Most of the departing senators are on the older side, although Toomey is just 59 — relatively young, for the Senate — and they're all younger than Grassley. This flight of conservatives from federal public office is more likely a byproduct of the fatigue among sitting Republicans created under the Trump era, which saw the traditional, conservative wing of the party diminished, if not conclusively defeated.

Blunt's retirement caused at least one election forecaster to shift the Missouri race one rating to the left, from "Safe R" to "Likely R." It's hard to imagine states as red as Missouri or Alabama ever going for a Democrat. Then again, Alabama's 2017 special election, in which Democrat Doug Jones triumphed over Republican Roy Moore, who was accused of repeated acts of sexual misconduct with underage girls, proved it's possible against the right candidate. In states like Pennsylvania, North Carolina and Ohio, open-seat Senate races are likely to be competitive, and candidates hewing too closely to the Trump mold could alienate all-important suburban voters and galvanize Democratic turnout.

Praise for Blunt from his current and former colleagues came immediately, mirroring that for his fellow retiring Republicans. Lawmakers and aides who had the pleasure of crossing paths with Blunt agreed the Senate is losing a valuable policy wonk, who is generally well liked on both sides of the aisle. Both Senate Minority Leader Mitch McConnell, R-Ky., and Sen. John Cornyn, R-Texas, described his retirement as a "big loss" for the upper chamber. In a statement, McConnell called Blunt "a true leader, a policy heavyweight and a driving force behind both key conservative victories and essential bipartisan work." Whether his departure offers an unexpected opening for Democrats or another pathway for Donald Trump's total conquest of the Republican Party, it's too early to say.