Checks and Balances Project: Graham's under investigation for "serious crime," must give up prime committee post 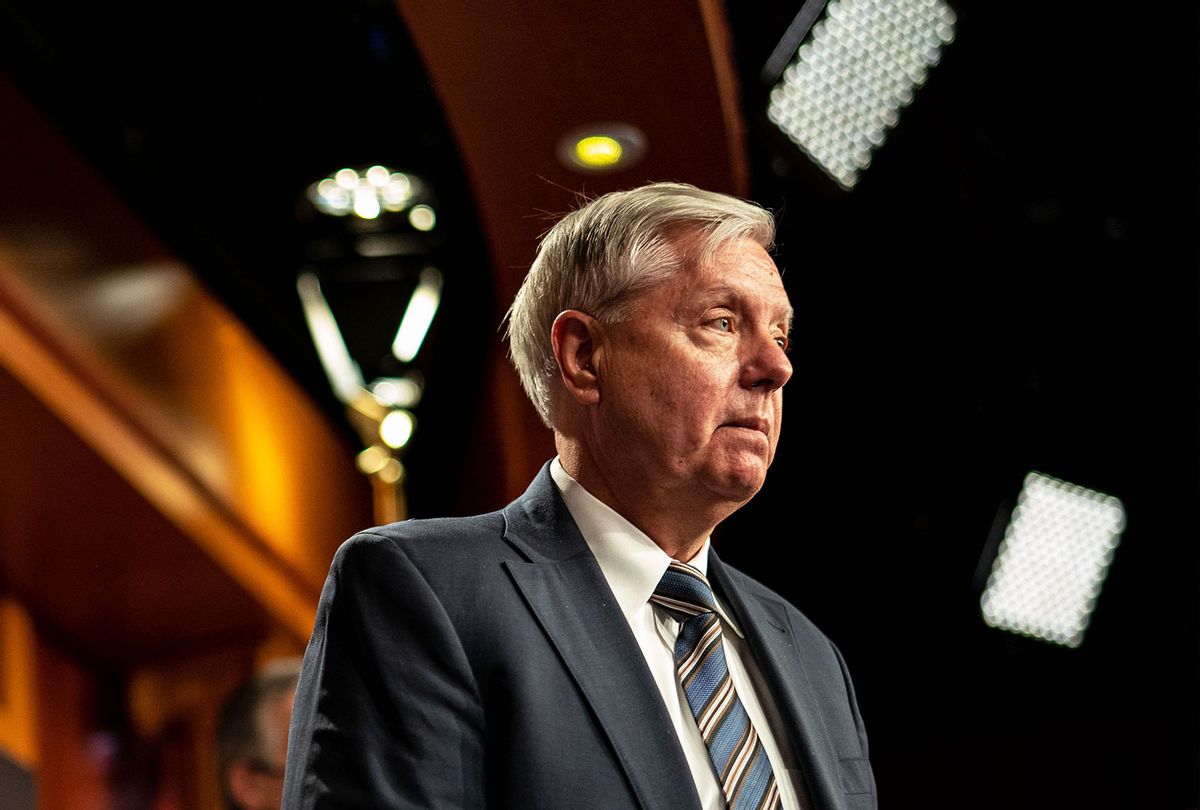 A watchdog group has demanded that Sen. Lindsey Graham, R-S.C., a close ally of Donald Trump, be removed from the Senate Judiciary Committee over his attempt to pressure a Georgia election official to reverse the former president's stunning loss in the Peach State.

The Checks and Balances Project (CBP), a nonpartisan investigative group, has written to Senate Minority Leader Mitch McConnell requesting that Graham immediately relinquish his position on the prestigious Judiciary Committee, which oversees the nomination of federal judges, including Supreme Court justices.

"My question to you is this," CBP executive director Scott Peterson wrote to McConnell, in a letter sent Monday night that was provided to Salon. "Is it appropriate for a Senator to serve on the Senate Judiciary Committee when he is under investigation for such a serious crime?"

The Atlanta Journal-Constitution reported last month that the district attorney Fulton County, Georgia, was probing whether Graham had broken any state election laws when the South Carolina Republican phoned Georgia Secretary of State Brad Raffensperger in the days after the November election. Graham, according to Raffensperger, urged him to toss out legal absentee ballots to shrink Trump's deficit.

Graham has long denied the allegation, saying that he was simply inquiring about the signature-matching process during the Georgia recount then underway. But Peterson feels the investigation is grounds for McConnell to remove Graham from the powerful Judiciary panel — which he chaired under the previous Congress — at least until the criminal inquiry is concluded.

"Someone who engages in that type of activity doesn't belong on the U.S. Senate Judiciary Committee," Peterson told Salon. "In this country, every vote counts. The right to vote is the backbone of our democracy. And instead of fighting for the Constitution and democracy, Sen. Graham called … Raffensperger to try to get him to throw away votes and rig the election."

A spokesperson for Graham noted that this was CBP's second effort to target him, the first being earlier this year when the group wanted lawmakers to push Attorney General-designate Merrick Garland to commit to investigating both Graham and Trump. McConnell's office did not respond to Salon's request for comment.

When the allegations about the Raffensperger phone call first emerged in November, Graham called the assertions that he tried to alter the election's outcome "ridiculous." Raffensperger rebuffed Graham's alleged guidance, but had he followed it and disqualified ballots that had been legally cast by mail, Raffensperger, who is also a Republican, would himself have committed election fraud.

"What I'm trying to find out was, how do you verify signatures on mail-in ballots in these states that are just the center of attention?" Graham told reporters in November, while attempting to justify the content and context of the Raffensperger call.

Graham's alleged involvement, which was first disclosed in a Raffensperger interview with The Washington Post, is reportedly part of a broader criminal probe by Fulton County D.A. Fani Willis into whether then-President Trump broke any laws by pushing Raffensperger to "find" enough votes to win him the state.

"I urge you to ask Senator Graham to step down from the Judiciary Committee until all investigations into his conduct in Georgia are complete," Peterson wrote to McConnell. "If we are to restore public faith in our democracy, this step will go a long way to re-establishing the idea that no one is above the law."