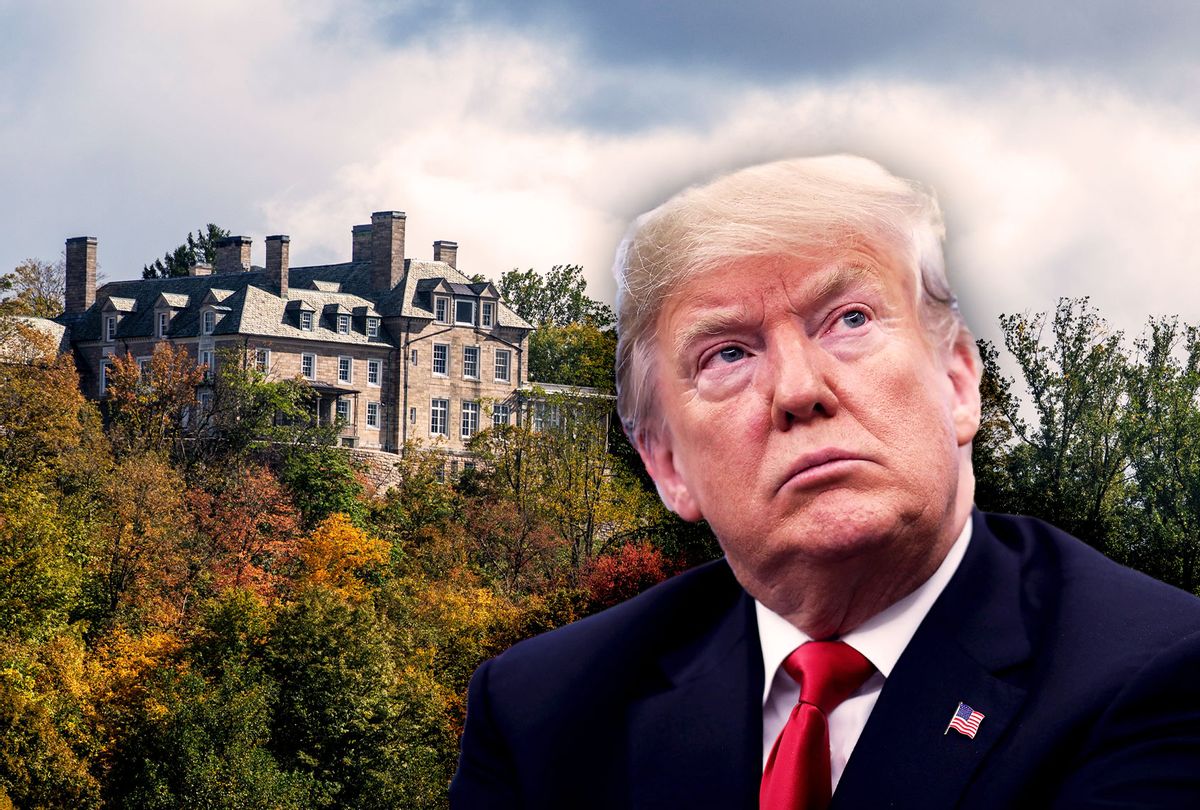 Prosecutors in New York are advancing two separate probes into Seven Springs Estate, a 213-acre estate in Westchester County that Donald Trump unsuccessfully attempted to develop in conjunction with the Trump Organization. While not one of the former president's marquee estates, the twin investigations into Trump's sleepy mansion, Associated Press reporter Michael Sisak noted, "could end up being one of his bigger legal nightmares."

Trump originally valued the estate –– which he bought for $7.5 million in 1995 –– at up to $291 million in financial statements that New York prosecutors alleged were given to a variety of lending institutions. There is suspicion that Trump may have inflated the value of the property in order to secure larger loans.

The new subpoenas come amid a three-year-long investigation launched by Manhattan District Attorney Cyrus Vance back in 2018, initially probing the hush-money payments Trump allegedly made to women with whom he'd had extramarital affairs. However, the ambit of Vance's investigation has widened since then, covering possible tax and insurance fraud. Vance is also reportedly probing loans received by several of Trump's flagship Manhattan properties.

Last year, Trump's legal team repeatedly asked the U.S. Supreme Court to block Vance's probe, but the Court has since shot down his efforts. The Wall Street Journal reports that Vance has now issued new subpoenas requesting recordings of government meetings in which the development of Seven Spring was discussed.

New York Attorney General Letitia James is also conducting a civil probe into the Trump Organization. James' office has indicated that 2015 court documents show Seven Springs received a $21.1 million tax deduction. Her office is "seeking information concerning whether the Trump Organization and its agents improperly inflated, or caused to be improperly inflated, the value of the Seven Springs Estate."

"Valuations of Seven Springs were used in connection with an appraisal….to claim an apparent $21.1 million tax deduction for donating a conservation easement on the property in tax year 2015, and in submissions to financial institutions as a component of Mr. Trump's net worth," James's office wrote back in August of last year.

The engineer of the estate, Ralph Mastromonaco, told CBS News that the Trump Organization attempted to get approval for a luxury subdivision, an effort that dates back to at least 2004 and continued through 2015.

By 2015, after Trump failed to secure the necessary zoning permits, the Trump Organization had reportedly nixed the plans, instead opting to put 158 acres of the estate's land in a conservation easement, which yielded the $21.1 million tax deduction.

The New York Attorney General's office alleged back Aug. 2020 that the Trump Organization refused "to produce records sufficient to show how a $21.1 million apparent tax deduction in connection with the Seven Springs conservation easement was reflected on applicable tax returns."