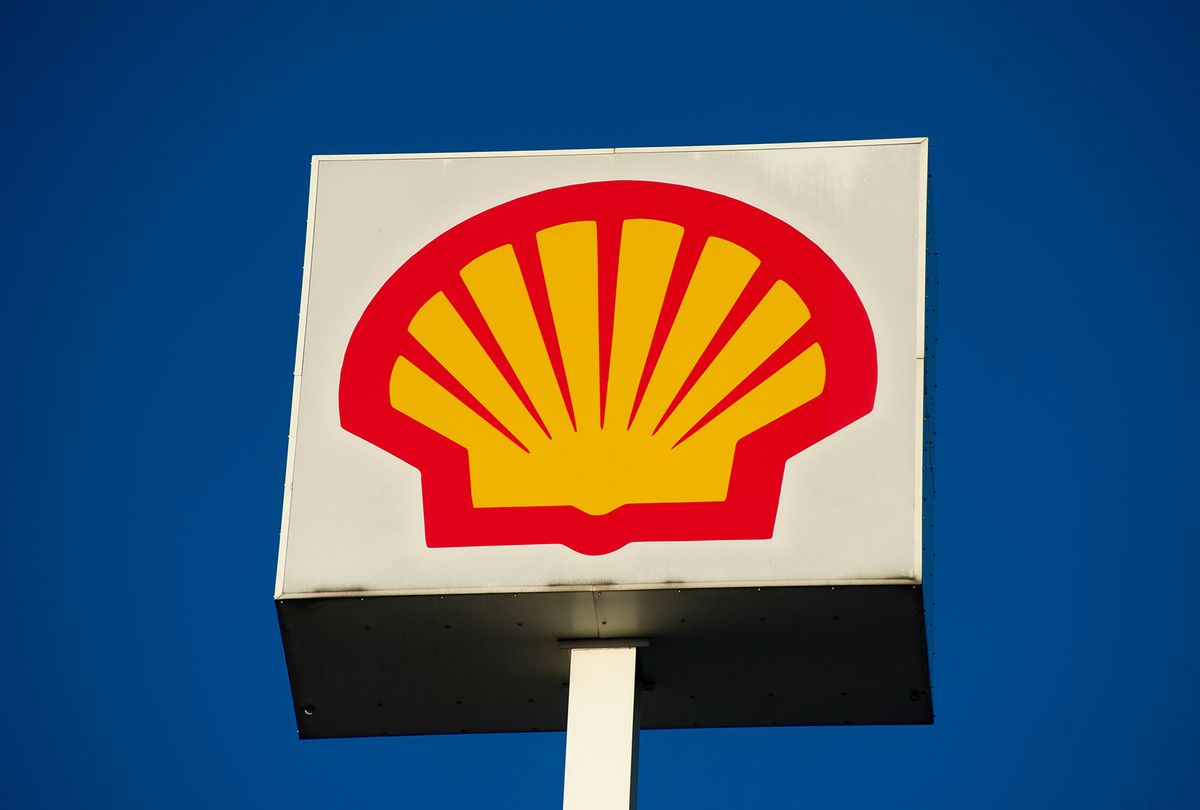 Monday was International Women's Day, and oil companies want you to know — they're feminists, too! Shell, Chevron, and even the American Petroleum Institute, the oil industry's biggest lobbying group, posted messages about the importance of women in the oil and gas industry. "Here's to the women making a difference at Chevron," tweeted the Chevron account.

Many of the oil companies' recent posts allude to their inclusion of women in the workforce; the Canadian oil magnate Enbridge, for example, pointed to its goal of having 40 percent women in the workplace and on the board of directors by 2025, while Shell tweeted an article highlighting women in positions of power at the company. But oil companies' claims to anti-racism or feminism ring hollow — even with women at the helm — when the effects of oil and gas extraction and climate change fall disproportionately on women, particularly women of color.

For instance, women make up 80 percent of people displaced by climate change, according to the United Nations. Women are more likely to die in extreme weather events, including heat waves, according to studies on France, China, and India, and in tropical cyclones, according to studies on Bangladesh and the Philippines. Climate change is also tied to pregnancy risks — people exposed to higher temperatures or air pollution from fracking are more likely to have underweight, stillborn, or preterm babies, with Black and Hispanic pregnant people experiencing the worst impacts.

Hurricane Katrina, which struck New Orleans in 2005, is a case study in how natural disasters hit women hardest. A study by the Institute for Women's Policy Research found that recovery policies following the storm ignored the needs of Black women, resulting in displacement. Extreme weather has been linked to violence against women, and that was similarly the case after Katrina, when women experienced higher rates of rape and violence.

Oil and gas infrastructure is also tied to gender-based and sexual violence. Company-owned housing for fossil fuel workers known as "man camps" are well-documented sites of sexual assault and trafficking, and is one of the factors linked to the epidemic of missing and murdered Indigenous women. In a letter to President Biden urging the cancellation of the Keystone XL and Line 3 pipelines, Indigenous women leaders wrote, "We still have daughters, aunties, mothers, cousins, and two-spirit relatives who have never been found and whose perpetrators have never been brought to justice."

The irony is particularly stark when you consider that International Women's Day originated out of a radical, anti-capitalist political movement meant to highlight the insecurities faced by women workers. While oil companies celebrate milestones of installing women in leadership positions with cutesy tweets, women around the world continue to suffer assault, displacement, and death due to the effects of oil extraction. All the hashtags in the world can't erase that.