To hell with "spring forward"! Republicans and Democrats agree on one thing: Daylight saving time

Sign of hope? It's not literally true that the two parties can't agree on what time the sun rises and sets 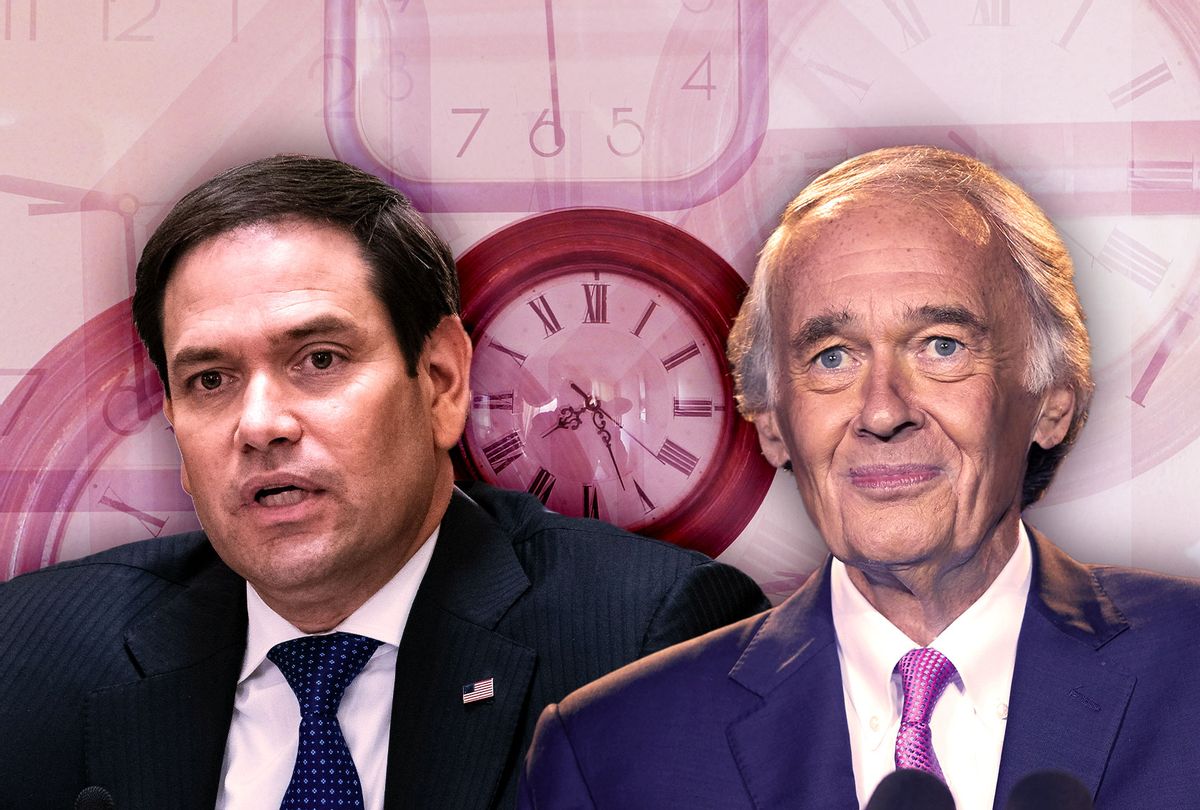 Despite the partisanship that grips Washington — with this moment being no exception amid intractable political division — members of Congress seem to come together yearly as part of an endeavor to once and for all stop the sun from setting before 5 p.m. in the winter. Congress voted completely along party lines to approve President Joe Biden's coronavirus stimulus package, but appears uncharacteristically united on the issue of bagging the whole "spring forward, fall back" clock-changing ritual.

Bicameral and bipartisan bills, appropriately called the Sunshine Protection Act, would void the necessity for Americans to ever change their clocks. It's an issue on which much of the public seems to agree, yet one that Congress — like a stopped clock! — returns to with regularity without ever reaching the goal.

"The call to end the antiquated practice of clock changing is gaining momentum throughout the nation," Sen. Marco Rubio, R-Fla., said in a press release.

Those who are pushing the idea label it as "common-sense" and say it would have numerous beneficial, if incidental, consequences, such as reductions in crime, depression, childhood obesity, energy consumption and car accidents, along with increased economic activity.

Ryan, the fictional repulsive-staffer-turned-congressman played by Timothy Simons in "Veep," who rose to fame for his passionate campaign to end turning back the clocks, took a page from real-world arguments when he delivered a floor speech in the satirical TV series.

Daylight saving time (DST) currently lasts from March to November in most states. (Arizona and Hawaii never change their clocks). Its origins dates back to World War I as a wartime effort to conserve fuel; in fact, it was first implemented in Germany and the Austro-Hungarian Empire, foes of the U.S. and its allies in that conflict. DST was originally opposed by the agricultural industry, contrary to the popular belief that it was created for the benefit of farm families. Although virtually all nations in Europe and North America practice the biannual clock switch, the vast majority of countries in Asia, Africa, South America and Oceania have either abandoned DST in recent years or never used it at all.

Nine other senators back Rubio's bill in the Senate, and it's a veritable cornucopia of bipartisan harmony, encompassing old-school conservatives like James Inhofe of Oklahoma and Roy Blunt of Missouri, Trump loyalists like Rick Scott of Florida and Bill Hagerty, of Tennessee, and progressive Democrats like Ron Wyden of Oregon and Ed Markey of Massachusetts.

The House companion bill, led by Rep. Vern Buchanan, R-Fla., is co-sponsored by eight fellow Republicans and two Democrats. To a large extent, this display of comity is driven by what appears to be near-unanimous public opinion that we all want to stop thinking about when and whether to set the clock on the microwave forward or back. Elected officials and voters in many states have taken steps toward making daylight saving permanent, including Arkansas, Alabama, California, Delaware, Georgia, Idaho, Louisiana, Maine, Ohio, Oregon, South Carolina, Tennessee, Utah, Washington and Wyoming.

In 2018, for example, the Florida legislature passed a bill to make daylight saving time year-round. But as Rubio noted in his statement, without federal action that legislation has no effect.

"Extra sunshine in the evenings not only puts a spring in our step and offers the perfect reason to get outside, but it also positively impacts consumer spending and shifts energy consumption," Markey said in a release.

For the moment, however, daylight saving returns on March 14. Unless you live in Arizona or Hawaii, set your household clocks forward an hour on Saturday night.