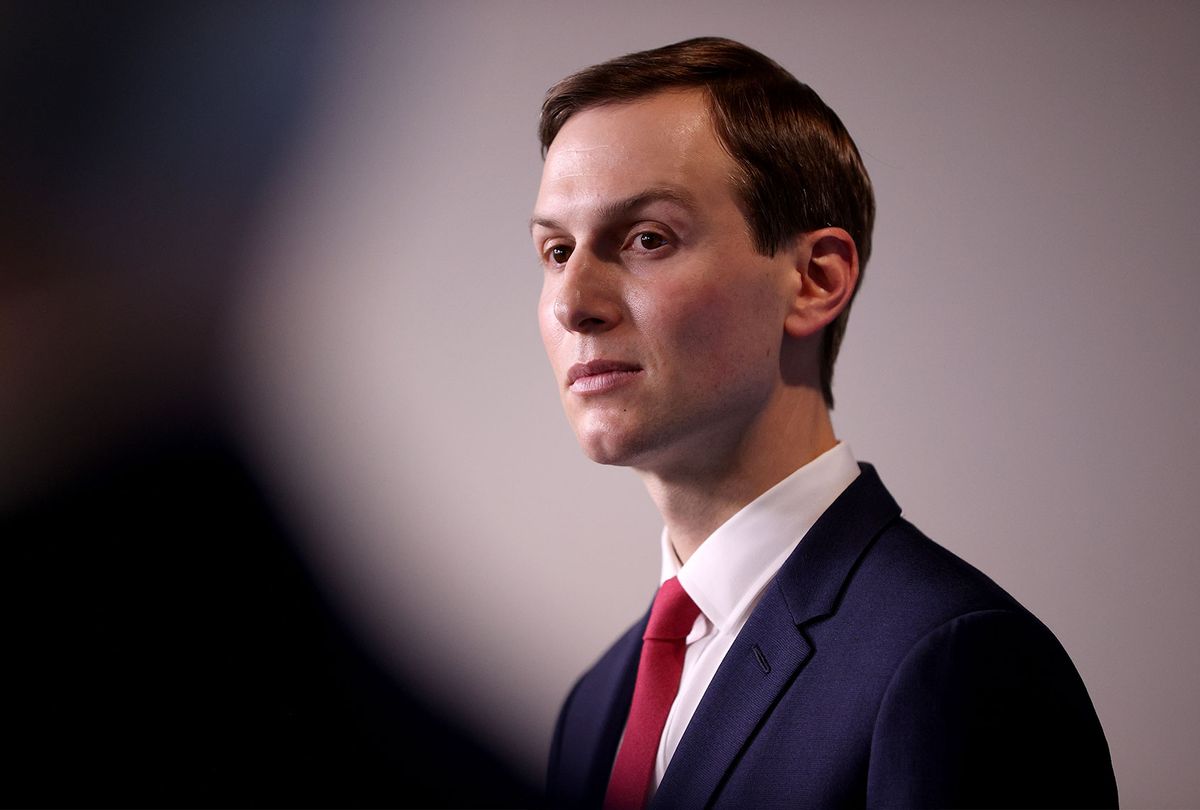 In a Wall Street Journal op-ed published on Sunday, Jared Kushner praised President Biden's diplomatic posture toward Iran. Twitter, however, was not having any of it.

In the column, Kushner glossed through the history of the Arab-Israeli conflict and lauded Biden's effort to "call Iran's bluff."

"While many were troubled by the Biden team's opening offer to work with Europe and rejoin the Iran deal, known as the Joint Comprehensive Plan of Action," Kushner, a former Trump White House senior adviser, wrote. "I saw it as a smart diplomatic move."

During the Trump administration, which formally withdrew the U.S. from the Iran deal in 2018, Kushner led peace talks with the Middle East. He credited Trump in his column with laying the groundwork that could help Biden temper relations between the U.S. and Iran.

"This negotiation is high-stakes and, thanks to his policies, America holds a strong hand. Iran is feigning strength, but its economic situation is dire and it has no ability to sustain conflict or survive indefinitely under current sanctions."

Many on Twitter had a bone to pick with Kushner's claim that the Arab-Israeli is at all waning. As Kushner put it: "We are witnessing the last vestiges of what has been known as the Arab-Israeli conflict.

White House reporter for The Washington Post Annie Linskey underlined the sentence and tweeted, "Jared Kushner makes a very big claim in the @wsj this morning."

Others took issue with his trivialization of the conflict. Wrote Kushner, "The Abraham Accords exposed the conflict as nothing more than a real-estate dispute between Israelis and Palestinians that need not hold up Israel's relations with the broader Arab world."

Founder of Crooked Media Tommy Vietor tweeted, "Jared Kushner calls negotiations over the creation of a Palestinian state a "real-estate dispute" and yet amazingly that still isn't the most arrogant, naive part of his high school essay-turned oped in today's WSJ."

CNN White House correspondent Jeremy Diamond chimed in: "As [Kushner] touts the real progress achieved by the Abraham Accords, Jared Kushner boils down the Israeli-Palestinian conflict as 'nothing more than a real-estate dispute between Israelis and Palestinians,' which is pretty remarkable & insulting."

Democratic digital activist Hawaii Delilah lambasted Kushner for assuming a role as a de facto advisor for Biden. "Jared Kushner thinks he can give foreign policy advice to President Joe Biden and his expert foreign policy team, including Sec of State Blinken," she tweeted, "He says 'if the Biden admin is smart.' The arrogance of this little shit."

Another user joined in: "Kushner is suddenly an elder statesman foreign policy expert attempting to gain cred after all the Saudi/UAE grifting involving stealth financial deals and arms sales to the House of Saud? I'm not fooled. @WSJ."