Why many European countries are suspending use of the AstraZeneca vaccine

Several European countries have paused distribution of the vaccine. Here's what that means 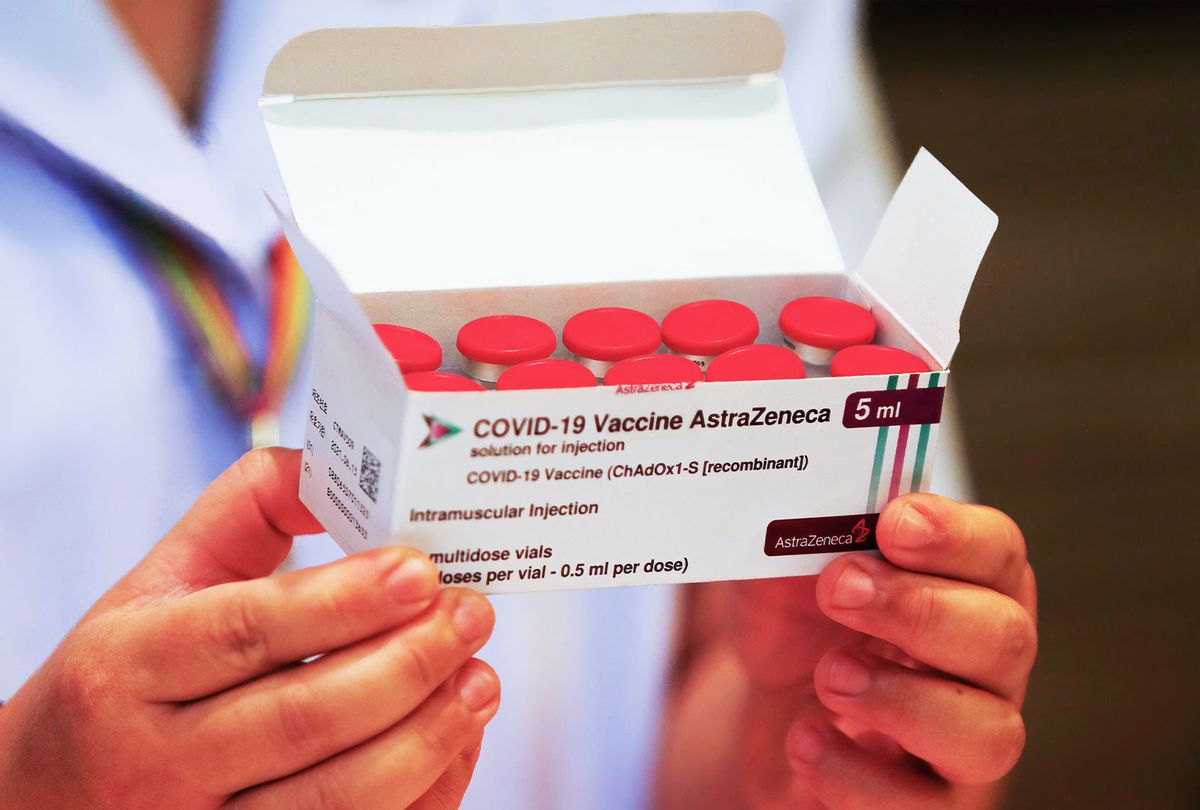 Though millions of doses have already been administered, the AstraZeneca coronavirus vaccine has hit a new stumbling block in Europe.

While the vaccine has yet to be approved for use in the United States, a handful of European countries — including Germany, Italy, Slovenia, Portugal, Denmark, France, Spain, Estonia, Lithuania, Luxembourg and Latvia — have temporarily suspended their use of it.

The temporary suspensions arose due to reports that, as of March 8, 2021, at least 37 people across Europe given the AstraZeneca vaccine developed blood clots, out of more than 17 million vaccinated.

At the moment, there is no evidence that the shot was responsible for the blood clots. For now, various health agencies are investigating if there's a causal link between the vaccine and the blood clots — some of which have reportedly been deadly — before restarting AstraZeneca vaccinations again.

Germany's health minister Jens Spahn said the decision to suspend AstraZeneca shots was a "purely precautionary measure," according to AP News. The suspension, which was announced Monday, is expected to go on until there's a further investigation, as German health officials investigate specific cases of blood clots in the brains of people who received the vaccine. The Paul-Ehrlich-Institut, Germany's authority in charge of vaccines who recommended the suspension, said in a press release "the experts of the Paul-Ehrlich-Institut now see a striking accumulation of a special form of very rare cerebral vein thrombosis (sinus vein thrombosis) in connection with a deficiency of blood platelets (thrombocytopenia) and bleeding in temporal proximity to vaccinations with the COVID-19 vaccine AstraZeneca."

The health agency recommends that if anyone feels increasingly unwell for more than four days after being vaccinated —  say, with a severe and persistent headache or "pinpoint bleeding of the skin" — they they should seek medical treatment immediately. The European Medicines Agency, the regulatory body roughly equivalent to the U.S. Food and Drug Administration (FDA), is leading the investigation and expected to deliver a verdict by Thursday, according to the Wall Street Journal.

The AstraZeneca vaccine was created by the eponymous biopharmaceutical company in collaboration with the University of Oxford. Instead of using messenger RNA (mRNA) to trigger an immune response like the Pfizer and Moderna vaccines, the AstraZeneca vaccine uses a viral vector based on a weakened version of a cold-like adenovirus.

AstraZeneca is expected to apply for authorization for emergency use as early as this month in the U.S., after it submits results from Phase 3 human trials which have been conducted in the United States.

AstraZeneca released a statement on Sunday offering safety reassurance for its vaccine. In the statement, the company said that in its clinical trials the number of thrombotic events — meaning blood clots formed due to blood changes, when the red and white blood cells and platelets bind together — was lower in the vaccinated group than the unvaccinated group.

"Around 17 million people in the EU and UK have now received our vaccine, and the number of cases of blood clots reported in this group is lower than the hundreds of cases that would be expected among the general population," Ann Taylor, Astrazeneca's Chief Medical Officer, said in a statement. "The nature of the pandemic has led to increased attention in individual cases and we are going beyond the standard practices for safety monitoring of licensed medicines in reporting vaccine events, to ensure public safety."

The World Health Organization is urging countries to not pause vaccination distribution.

"As of today, there is no evidence that the incidents are caused by the vaccine and it is important that vaccination campaigns continue so that we can save lives and stem severe disease from the virus," WHO spokesman Christian Lindmeier said.

Notably, in the United Kingdom, more than 11 million people have received at least one dose of the vaccine and there has been no sign of excess deaths or blood clots, according to BBC News.

"Blood clots can occur naturally and are not uncommon," said Dr. Phil Bryan, the Medicines and Healthcare products Regulatory Agency's Vaccines Safety Lead. "More than 11 million doses of the COVID-19 Vaccine AstraZeneca have now been administered across the UK, and the number of blood clots reported after having the vaccine is not greater than the number that would have occurred naturally in the vaccinated population."

The news is certainly a safety setback for AstraZeneca's vaccine, which has already struggled with public perception for having slightly lower efficacy rates than competitors, and because of a widely-publicized incident in which two vaccinated volunteers in Britain developed neurological symptoms consistent with transverse myelitis; no evidence linked the symptoms to the vaccine. (One of the volunteers had an undiagnosed case of multiple sclerosis.) It's also a setback that many health experts fear could feed the vaccine hesitancy that's already brewing across the world.

Daniel Salmon, director of the Institute for Vaccine Safety at Johns Hopkins University, told the New York Times that the investigation into the safety concerns should be seen as a sign that surveillance is working as it should.

"I wouldn't jump to any conclusions that because you saw some blood clots after vaccination that they're causal," he said. "It warrants looking at it more carefully."

Salmon said "there is a possibility for a real problem," but "there's a much higher probability that some coincidental event will scare people — and derail the program."