Why the AstraZeneca/Oxford coronavirus vaccine could be a game-changer 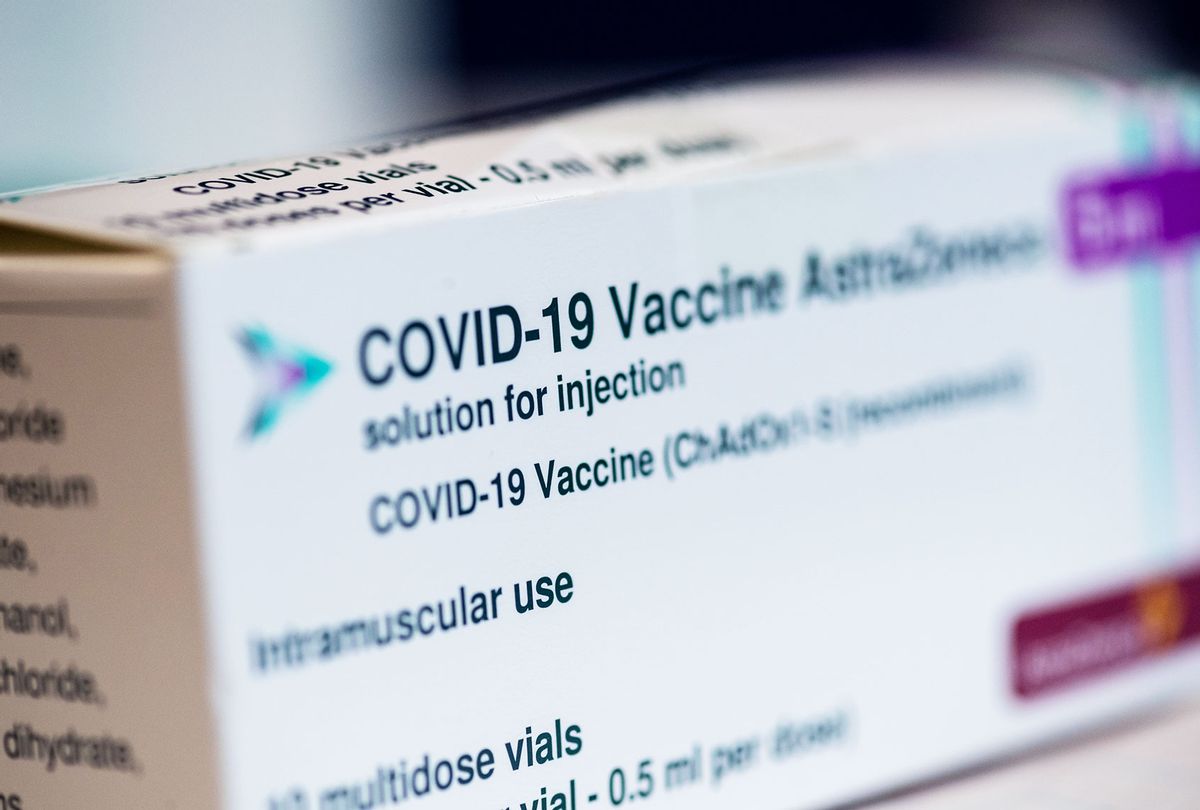 A photo taken on February 12, 2021 shows a box of AstraZeneca's Covid-19 vaccine at the university hospital, at the start of the inoculation with the AstraZeneca vaccine at the hospital, in Halle/Saale, eastern Germany. (JENS SCHLUETER/AFP via Getty Images)
--

Update: A representative from AstraZeneca notified Salon by email that the company "expects data from the US Phase III trial to be available in the coming weeks. Once available, we will provide it to the FDA."

The World Health Organization (WHO) announced on Monday that it is approving for emergency use a COVID-19 vaccine developed by both pharmaceutical company AstraZeneca and Oxford University, a big step forward for both the manufacturers and the millions of people who might now be able to access protection from the novel coronavirus.

According to a statement by the WHO, it has approved the vaccine manufactured by the company in South Korea's AstraZeneca-SKBio and the Serum Institute of India.

"We now have all the pieces in place for the rapid distribution of vaccines. But we still need to scale up production," WHO director-general Tedros Adhanom Ghebreyesus told reporters during a news briefing. "We continue to call for COVID-19 vaccine developers to submit their dossiers to WHO for review at the same time as they submit them to regulators in high-income countries."

The AstraZeneca/Oxford vaccine has had a bumpy road. In September the company had to address a "safety signal" during the Phase Three trial of its testing, or the phase shortly before a vaccine is released to the public during which its manufacturers "confirm and expand on safety and effectiveness results from Phase One and Two trials," according to the U.S. Department of Health and Human Services. The company put a hold on its tests to address a serious neurological event that occurred with one of the patients on whom the vaccine was tested. Ultimately it was found that there was no connection between that event and the vaccine candidate, meaning the trial could resume.

By November AstraZeneca and Oxford had made enough progress developing their vaccine candidate that the prestigious medical journal The Lancet approved an article confirming that the vaccine was both safe and had produced a strong immune response in elderly patients. The AstraZeneca/Oxford vaccine is both cheaper and easier to distribute than those of many of its rivals, as the mRNA vaccines produced by Moderna and Pfizer need to be stored in subzero temperatures; the AstraZeneca/Oxford vaccine can be stored in normal refrigerator temperatures. As a result, the company states that its goal is to distribute 300 million doses of its vaccine to 145 countries — most of them poorer — within the first half of 2021. Because the company's vaccine requires two doses, this would allow them to inoculate 150 million people.

The WHO also notably announced that it had convened a panel which felt that the vaccine can also be used in countries with the South African variant of the virus, B.1.351. This is an important development because the South African government earlier this month suspended the use of the AstraZeneca/Oxford vaccine because it claimed that the vaccine had failed to protect clinical trial volunteers from the mutated virus, which is more contagious.

The AstraZeneca/Oxford vaccine is an adenovirus-vectored vaccine, meaning that it uses a harmless version of the common cold virus that has been modified to be both weak and also contain a gene from the spike protein of SARS-CoV-2. The spike protein is what causes the little nubs that stick out from the coronavirus' spherical center like the spines on a sea urchin. AstraZeneca/Oxford's adenovirus-vectored vaccine helps the immune system recognize that protein and in that way build up antibodies to protect itself from developing COVID-19. By contrast, mRNA vaccines directly introduce a modified version of a single-stranded RNA molecule that complements one of the DNA strands in a gene into the bodies' cells. This way the cells will produce proteins like those from the SARS-CoV-2 virus that can be recognized by the immune system as a threat and, likewise, help it build up an effective response to protect itself.

As of earlier this month, the AstraZeneca/Oxford vaccine has been approved for all adults in the European Union (EU) but has not received the same clearance in the United States (US).