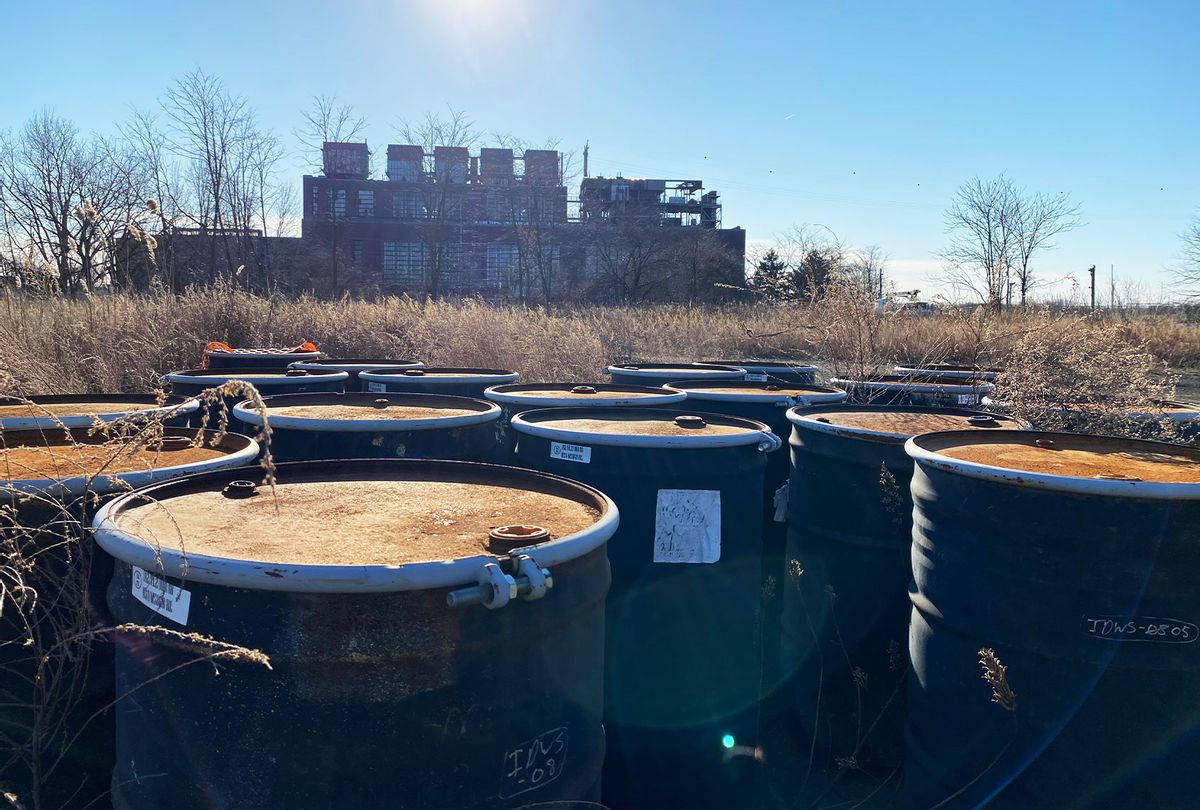 Dr. Jill Biden, the first lady, was scheduled to visit Burlington County, in south-central New Jersey, on Monday to kick off the national campaign for her husband's $1.9 trillion American Rescue Plan. The choice was good politics and offers a hopeful sign that the new administration knows where America is hurting most as we muddle through this once in a century mass death event.

According to Feeding America, the nation's leading anti-hunger nonprofit, during the pandemic food insecurity has spiked by 48 percent in Burlington County, which also makes up most of New Jersey's 3rd congressional district, something of a national weathervane that has flipped back and forth between Democrats and Republicans over the past decade.

Feeding America reports there are 17 million more Americans, including 11 million children, who are food insecure now than before COVID-19 hit. In Burlington County, the group estimates that the number of people who need some assistance with this most basic of human requirements has spiked from 33,330 to 52,450.

The Food Bank of South Jersey reports that since the pandemic hit a year ago, it has distributed more than 22.5 million pounds of food, "the equivalent of over 18.7 million meals, to more than 95,000 people each month struggling with food insecurity throughout South Jersey."

In 2018, Democrat Andy Kim narrowly defeated bested Republican incumbent Rep. Tom MacArthur, reclaiming the 3rd district for the Democrats. (It includes most of Burlington County, which leans Democratic, along with portions of Ocean County, which trends Republican.) New Jersey's 3rd also happens to be one of the 20-odd congressional districts — along with the 2nd district, just to the south — that flipped from Barack Obama in 2012 to Donald Trump in 2016. In 2020, the district again favored Trump by a sliver, about 0.2%, and was among just a handful of districts nationwide that voted for Trump but sent a Democrat to the House.

It runs from Atlantic Coast towns like Toms River, where more 80 percent of the residents are white, to Burlington City on the Delaware River, a majority-minority community where half of the residents identify as Black. Two-thirds of Burlington City High School's population are students of color and 57 percent of the student body is economically disadvantaged, according to U.S. News and World Report.

Burlington City is where Ben Franklin was an apprentice printer, and it was also the birthplace of James Fenimore Cooper, author of "Last of the Mohicans." It's where Gen. Ulysses S. Grant lived during the Civil War, with his wife and four children, seeking some sanctuary. The city's downtown historic district, on the banks of the Delaware, is composed of colonial-era structures of national significance that remain largely intact.

While most of those historic façades are in good condition, a few blocks in either direction from downtown, one discovers vacant buildings sprinkled among period brick residential row houses that are relatively well maintained. The local municipal government is hoping to attract the significant investment it needs to reach its full potential as a historic and cultural destination.

"The City of Burlington, New Jersey, is a treasure trove of American history, where William Penn's Quakers founded West Jersey in 1677 based on the then-unique American concept that all races, sexes, nationalities, and religions deserved equal rights," writes Mayor Barry W. Conaway on the city's website, which also boasts an effective marketing video.

Despite the pandemic, restaurants in the city's historic downtown are hanging on, thanks to a mix of in-person dining and a boom in the takeout trade.

On Saturday night, a block away from downtown, Christine Hooper's inviting Chrisie Styles Boutique is still open for business. Hooper shares the space with her partner Cindy Pidgeon, whose handbag and fashion accessory business is inside Hooper's shop.

Hooper, who opened her shop in June in the midst of the pandemic COVID, was excited about the first lady's visit. "We need more [government] funding, and we need more relief," she said. But she added that the local economy also needed to generate living wages.

"It would feed the circle of this whole community because our prices here are moderate, but some people here can't afford a $45 pair of jeans or a $50 dress," she said. "If they were earning more money, they'd be able to spend more money locally. A living wage would definitely be helpful to our economy."

"What the pandemic has revealed is that so many people are living on a lower wage and they had been barely making it," Pidgeon said. "Then they were out of work and there was no emergency fund because people are just living hand to mouth, paycheck to paycheck. It's not right."

In a Sunday interview before the first lady's arrival, Mayor Conaway said he was thankful that Congress had passed the American Rescue Plan so that "all of America" can get beyond the pandemic. "Everyone knew going into it that it would be more than a year, and we are into the second year," he said. "It will probably not be until the end of this year that we get back to normal."

Conaway said his city had never fully recovered from the 2008 recession, since it had actually "been in free fall since the 1960s, when a lot of the industries began to leave, whether it be the ammunition plant, the dress factories or the pipe foundry, which left in the late 1990s, early 2000s. We've been in free fall since all thatm and we are trying to make ourselves a destination. Everyone that lives in Burlington City has had their struggle and continues to struggle."

Conaway agreed with Hooper and Pidgeon that a key missing piece to Burlington City's revival was a broad-based prosperity with living wages and full employment at its foundation.

"The United States needs to build up its training programs because not everyone wants to go to college," he said. "The craft end of things, as a construction laborer, electrician, pipe-fitter or carpenter — those are the jobs that provide a living wage that can take care of a family.

"It would be nice to get money going to training programs so individuals could get their start on these huge infrastructure projects, like the solar wind farm out in the Atlantic Ocean or the rail tunnel under the Hudson between New Jersey and New York. Why, even here in Burlington City we need some shoring up, since 80 percent of the city is in a flood zone."

The best thing about that kind of work, Conaway added, is that corporations can't outsource it overseas. "With craft training, it's in your hands and your head," he said. "And that talent is with you forever."