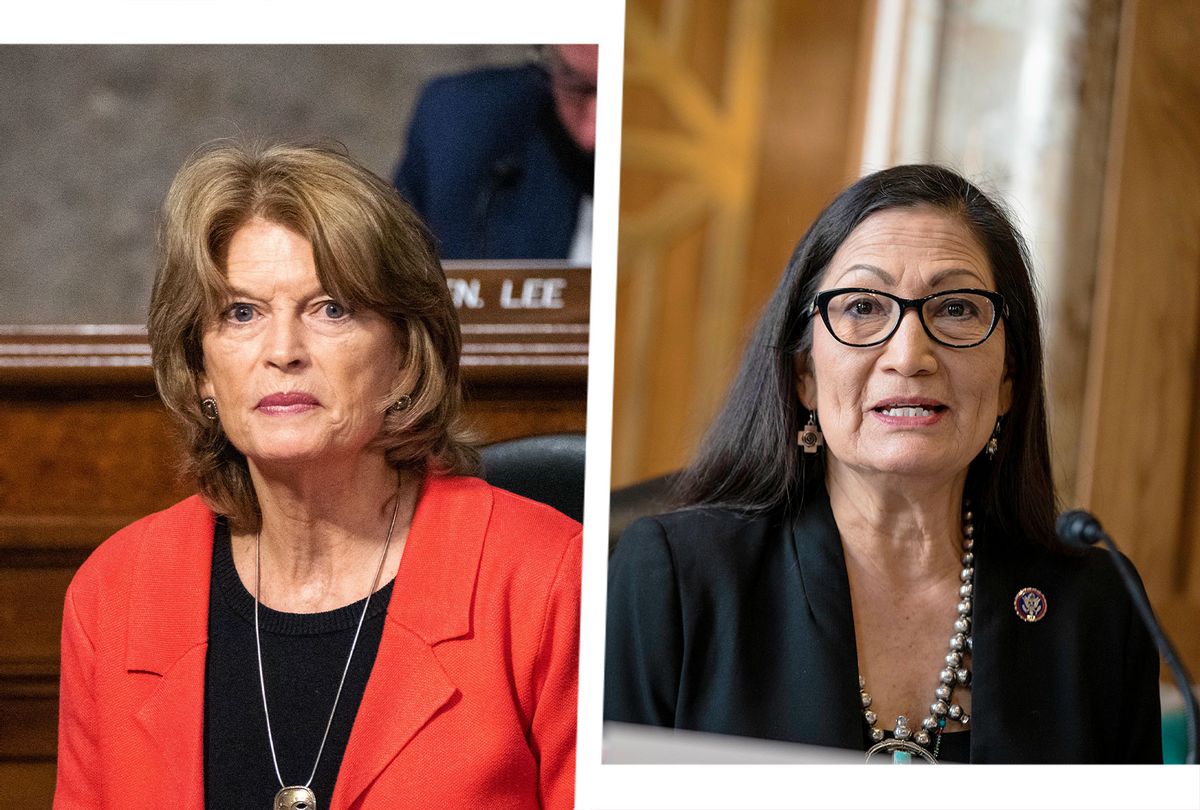 After providing a key committee vote for the confirmation of Rep. Deb Haaland, D-N.M., to become the first Native American interior secretary, Sen. Lisa Murkowski, R-Alaska, is now being censured by her own party.

On Monday, the Senate voted 51-40 to confirm Haaland with Murkowski joining only three other Republicans, Sens. Lindsey Graham of South Carolina, Susan Collins of Maine and Dan Sullivan of Alaska breaking ranks to cast votes in favor of the nomination. On Mar. 4, Murkowski –– who originally signaled opposition to Haaland on account of the secretary-to-be's anti-drilling views –– voted "yes" on Haaland's confirmation in a Senate Energy and Natural Resources Committee vote. That vote, along with Murkowski's vote to impeach Donald Trump following the Jan. 6 Capitol riot, has upset Republicans in Murkowski's home state.

According to a former Alaska Republican Party chair, the vote against Murkowski on Saturday "went further than censure, which was strong." Tuckerman Babcock told the Associated Press that "it also directed the party officials to recruit an opponent in the election and to the extent legally permissible, prevent Lisa Murkowski from running as a Republican in any election."

Murkowski told The Washington Post it wasn't an easy vote given her ties to the oil and gas industry. "I have really struggled through this one," Murkowski said. "How to reconcile a historic nomination with my concerns about an individual's and an administration's conception of what Alaska's future should be."

She added that much of her constituency fears Haaland's "opposition to resource development on public lands, including her opposition to key projects in Alaska and her questioning of the vital role that Alaska Native Corporations serve in our communities."

The Alaska senator also noted the historic nature of Haaland's confirmation as the first Native Americans to be nominated for a cabinet position. "I have decided to support this nomination today, to support the first Native American who would hold this position, and with the expectation that Representative Haaland will be true to her word," Murkowski said, "not just on matters relating to Native peoples, but also responsible resource development and every other issue."

A day after Murkowski voted to confirm Haaland, the Alaska Republican Party vowed to "recruit" a challenger to Murkowski should she run for re-election in 2022. The Republican State Central Committee also voted in favor of the resolution.

"We're looking for somebody else to be our U.S. Senator in 2022, and somebody who will be more in line with the Republican philosophy," said Kris Warren, the chairman of the Republican Party in an Anchorage House district.

He continued, "The party has been upset with Sen. Murkowski for quite some time," he said. "And we've actually considered a similar resolution in the past. But I think what's happened here in the last few months is kind of kind of the last straw. We felt that we had to make a strong statement."

The resolution –– which Warren drafted –– adduces a litany of complaints with Murkowski, including her pro-choice voting history, her refusal to confirm Supreme Court Justice Brett Kavanugh, her vote against repealing Obamacare, and most recently, her vote to confirm Haaland. He said the resolution was submitted "right after the impeachment vote [of Donald Trump] in the Senate."