Rep. Deb Haaland becomes the first Native American woman to sit in the speaker’s chair in US history

In 2018, Haaland became one of only two Native American women ever to be elected to Congress 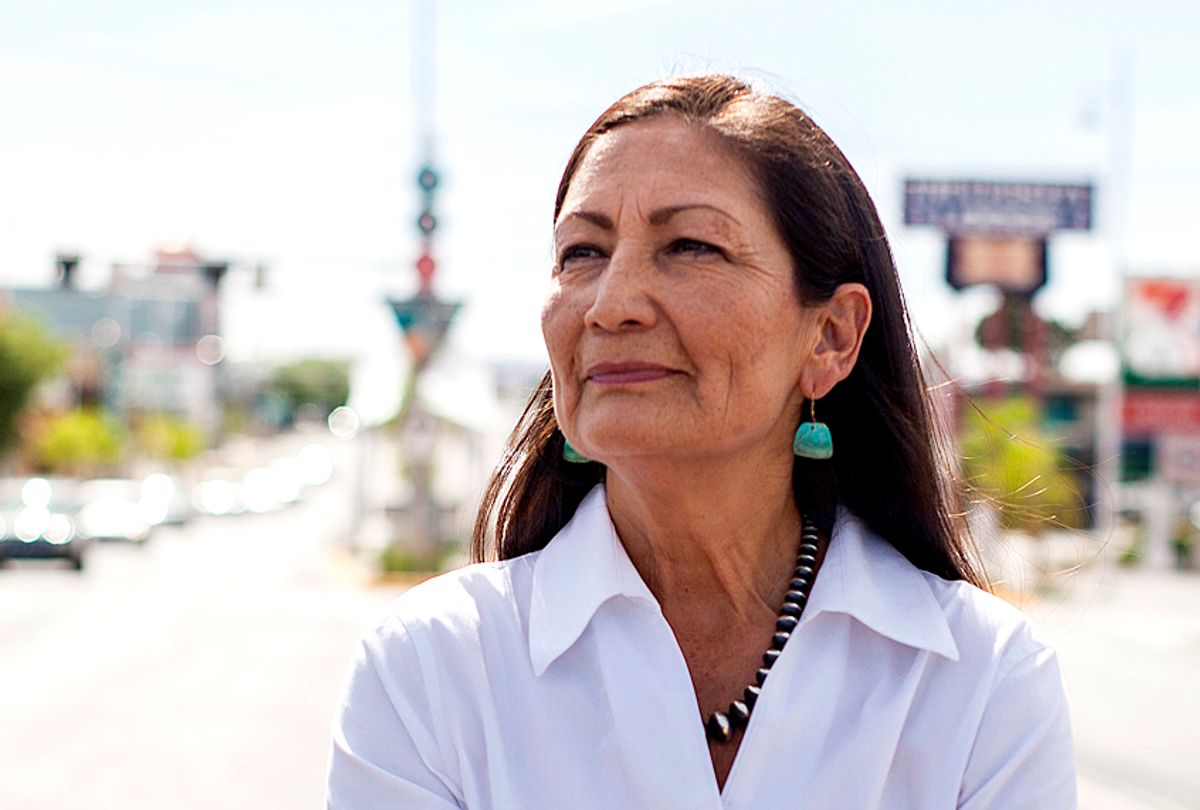 Rep. Deb Haaland (D-NM) made history on Thursday. She presided over debate in the House of Representatives, becoming the first Native American woman to sit in the speaker’s chair in the nation’s history:

In 2018, Haaland became one of only two Native American women ever to be elected to Congress. The other, Rep. Sharice Davids (D-KS), was elected alongside her — and tweeted her own pride in the moment:

Haaland was overseeing debate on H.R. 1, the For The People Act. The bill would constitute a dramatic reform of campaign finance equality, redistricting, voting rights, and judicial ethics, and is the Democrats’ flagship proposal to strengthen American democracy. President Donald Trump and Senate Republicans, led by Majority Leader Mitch McConnell (R-KY), have vowed to thwart the legislation, but a Democratic victory in 2020 could bring the votes to enact it.

The newest term of Congress is the most diverse in our nation’s history. More than 100 women are now serving in the House, and the midterm elections ushered in numerous historic firsts, including the first Muslim women to serve in Congress, Reps. Rashida Tlaib (D-MI) and Ilhan Omar (D-MN); the first South American immigrant to serve in Congress, Rep. Debbie Mucarsel-Powell (D-FL); the first African-American women elected to Congress from Massachusetts and Connecticut, Reps. Ayanna Pressley and Jahana Hayes; and the first Latina elected to Congress from Texas, Rep. Veronica Escobar.